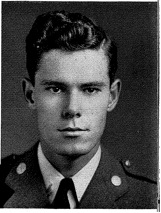 After training in the United Kingdom from 17 April 1944, the 79th Infantry Division landed on Utah Beach, Normandy, 12-14 June and entered combat 19 June 1944, with an attack on the high ground west and northwest of Valognes and high ground south of Cherbourg.

The 79th cut across the Moselle and Meurthe Rivers, 13-23 September, cleared the Foret de Parroy in a severe engagement, 28 September-9 October, and attacked to gain high ground east of Embermenil, 14-23 October, when it was relieved, 24 October.  After rest and training at Luneville, the Division returned to combat with an attack from the Mignevine Montiguy area, 13 November 1944, which carried it across the Vezouse and Moder Rivers, 18 November-10 December through Haguenau in spite of determined enemy resistance, and into the Siegfried Line, 17-20 December. 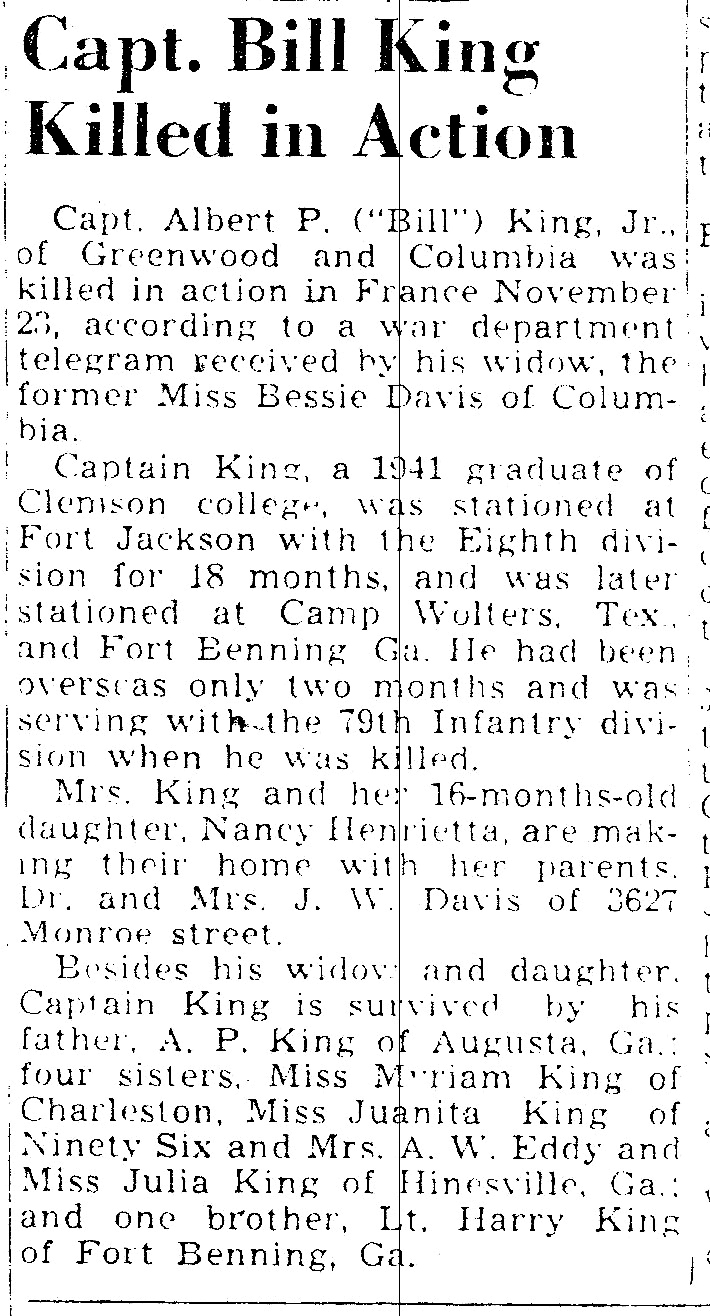 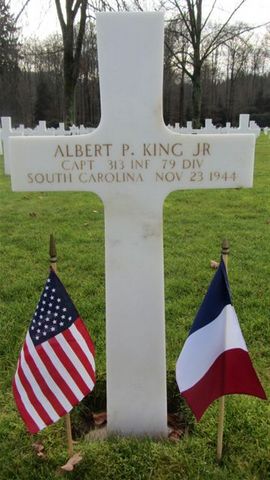