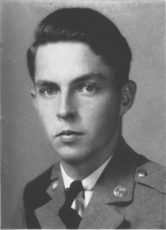 Almo Chapman was born in Fair Play, SC and raised in Liberty, SC, a son of Almo D. and Ola Chapman.  He attended Clemson College with the Class of 1939, graduating with a BS degree in Vocational Agricultural Education.  At Clemson he was active in the Future Farmers of America and the Dairy Club.

Following his graduation, Almo was called into active duty with the Army.  After training in the states, he was sent overseas with the 27th Infantry Regiment, 25th Infantry Division.  1st Lieutenant Chapman died in the battle of the Philippines on July 23, 1945, and is buried at Plot G, Row 8, Grave 4 in the Manila American Cemetery in Manila.  His family included his parents; two brothers, Odell and Willis Chapman; and one sister, Martha Chapman.  He was never married. 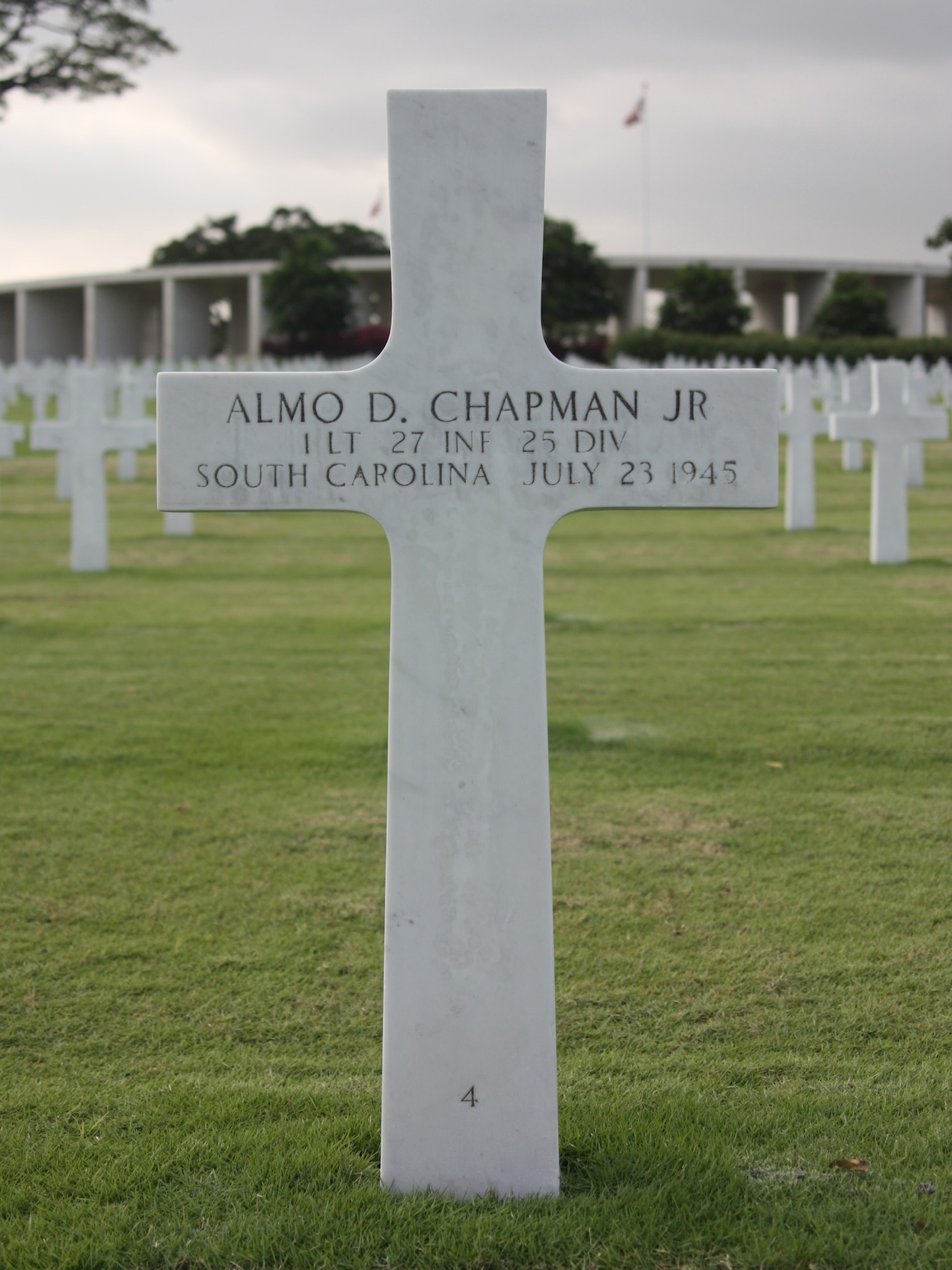 Vignette in The Echo written by Kelly Durham – Farmer to Fighter