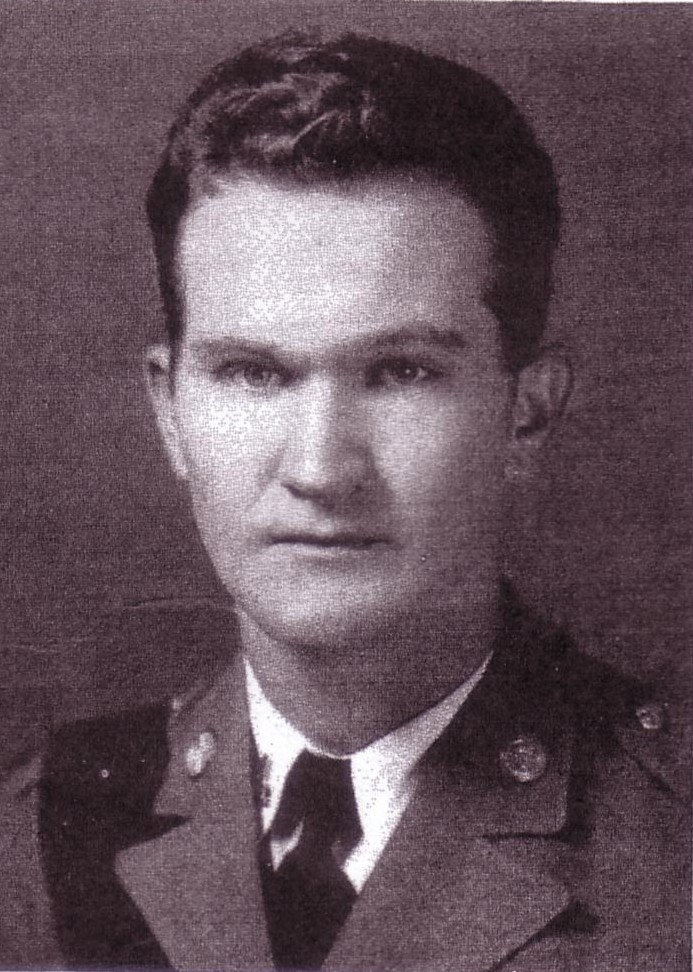 The President of the United States of America, authorized by Act of Congress, July 9, 1918, takes pride in presenting the Silver Star (Posthumously) to Captain (Infantry) Alvin F. Davis (ASN: 0-362602), United States Army, for conspicuous gallantry and intrepidity in action against the enemy while serving as Commanding Officer of Company A, 31st Tank Battalion, 7th Armored Division, in action at Epernay, France, on 28 August 1944.  Captain Davis’ gallant actions and dedicated devotion to duty, without regard for his own life, were in keeping with the highest traditions of military service and reflect great credit upon himself, his unit, and the United States Army.
Headquarters, 7th Armored. 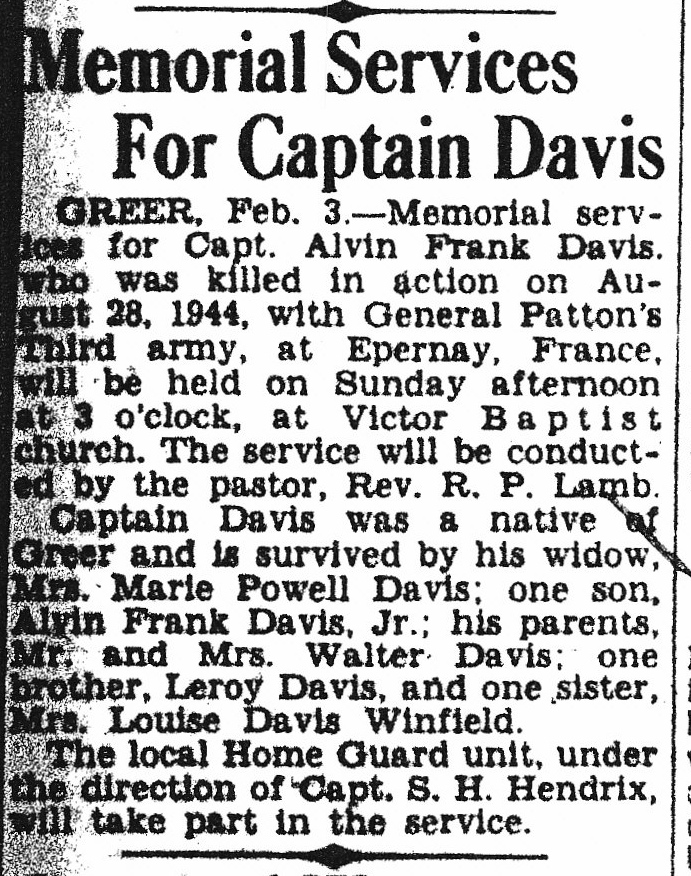 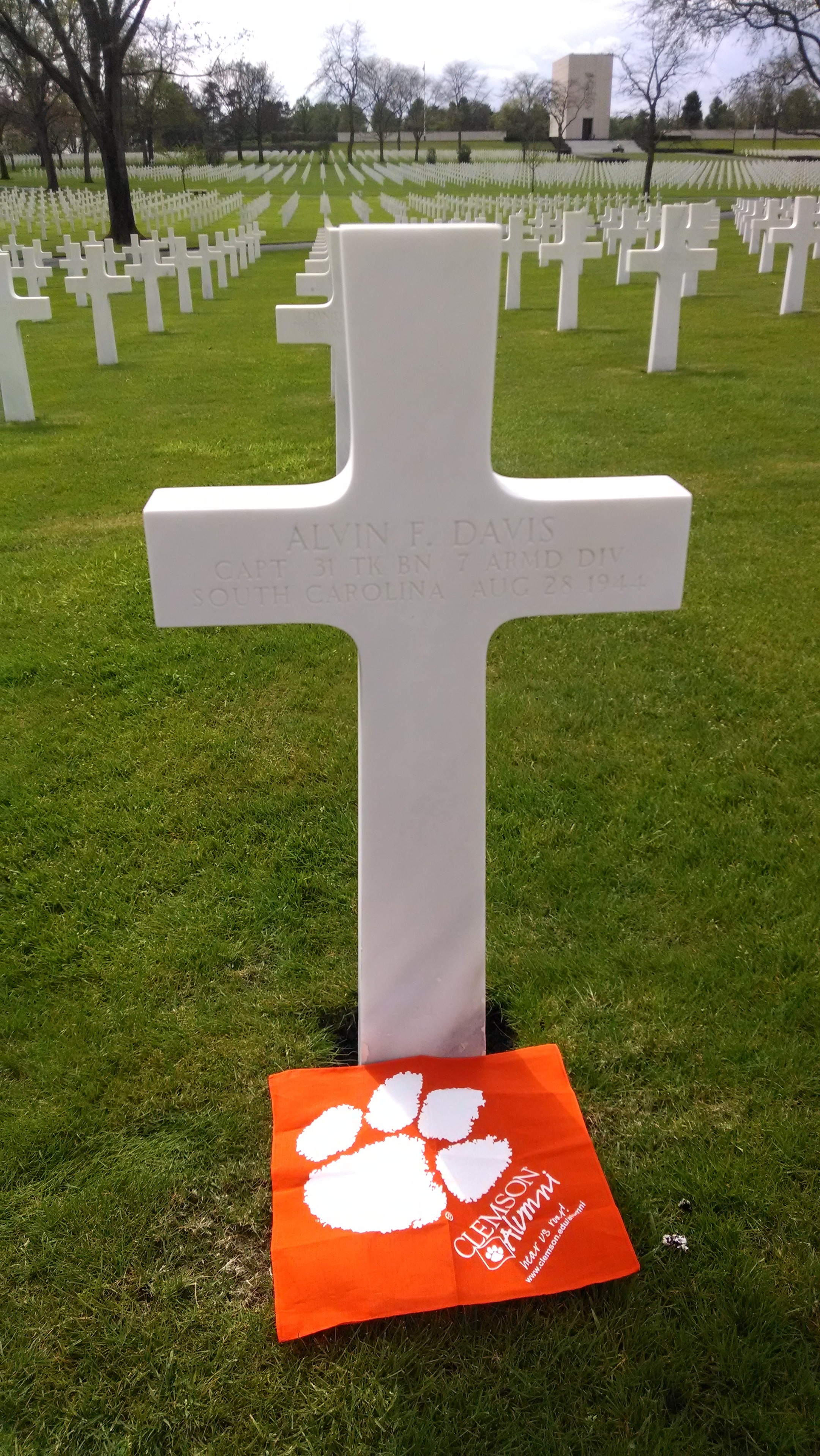