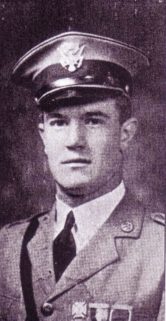 Note: As a youth, he attained the rank of Eagle Scout, the highest in the Boy Scouts.  Dyess is one of only nine known Eagle Scouts who also received the Medal of Honor.  He is also the only American to receive both the Carnegie Medal for civilian heroism and the Medal of Honor.  In 1929, he was awarded the Carnegie Medal for saving a women swimmer off the coast of Charleston, South Carolina in 1928 while a Clemson College student.

In 1994, the Jimmie Dyess Parkway was dedicated.  The Dyess Parkway runs from I-20 to the Fort Gordon Main Gate at the US Army Signal Center of Excellence.

“The President of the United States takes pride in presenting the MEDAL OF HONOR posthumously to LIEUTENANT COLONEL AQUILLA J. DYESS, UNITED STATES MARINE CORPS RESERVE for service as set forth in the following citation:

For conspicuous gallantry and intrepidity at the risk of his life above and beyond the call of duty as Commanding Officer of the First Battalion, Twenty-Fourth Marines, Reinforced, Fourth Marine Division, in action against enemy Japanese forces during the assault on Namur Island, Kwajalein Atoll, Marshall Islands, February 1, and 2, 1944.  Undaunted by severe fire from automatic Japanese weapons, Lieutenant Colonel Dyess launched a powerful final attack on the second day of the assault, unhesitatingly posting himself between the opposing lines to point out objectives and avenues of approach and personally leading the advancing troops.  Alert, and determined to quicken the pace of the offensive against increased enemy fire, he was constantly at the head of advance units, inspiring his men to push forward until the Japanese had been driven back to a small center of resistance and victory assured.  While standing on the parapet of an antitank trench directing a group of infantry in a flanking attack against the last enemy position, Lieutenant Colonel Dyess was killed by a burst of enemy machine-gun fire.  His daring and forceful leadership and his valiant fighting spirit in the face of terrific opposition were in keeping with the highest traditions of the United States Naval Service.  He gallantly gave his life for his country.”
-Franklin Roosevelt 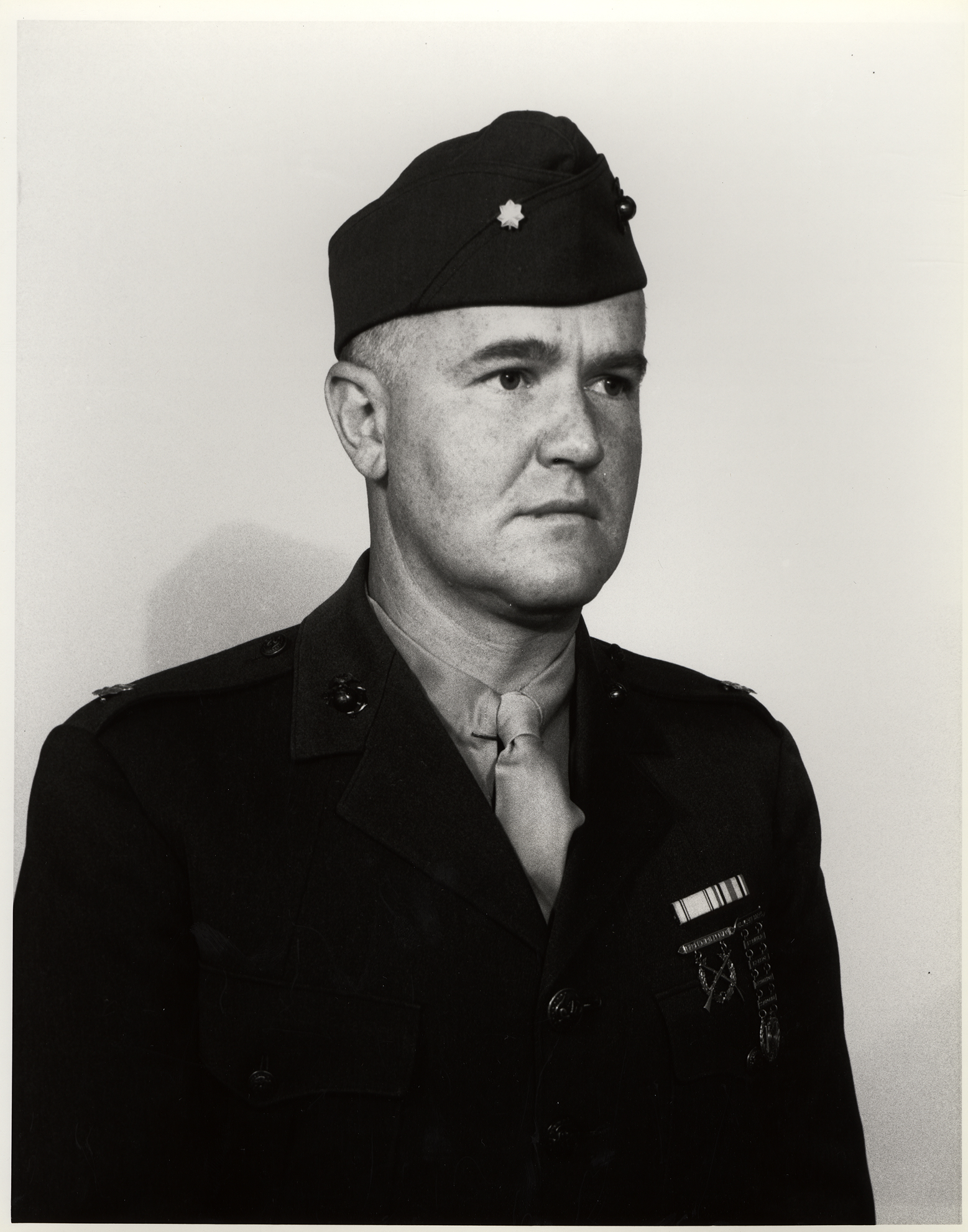 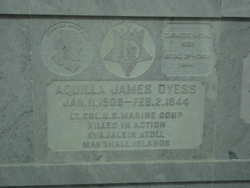 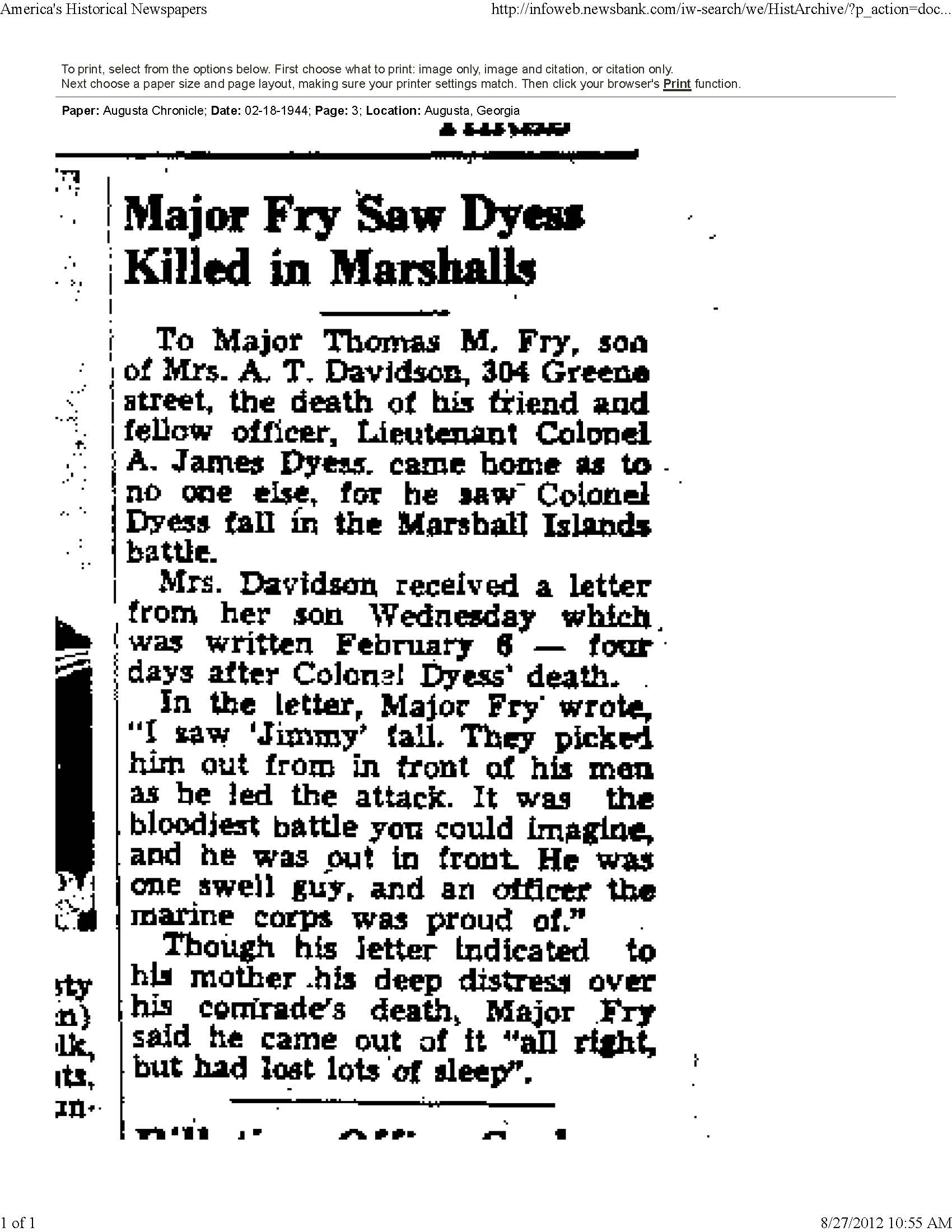 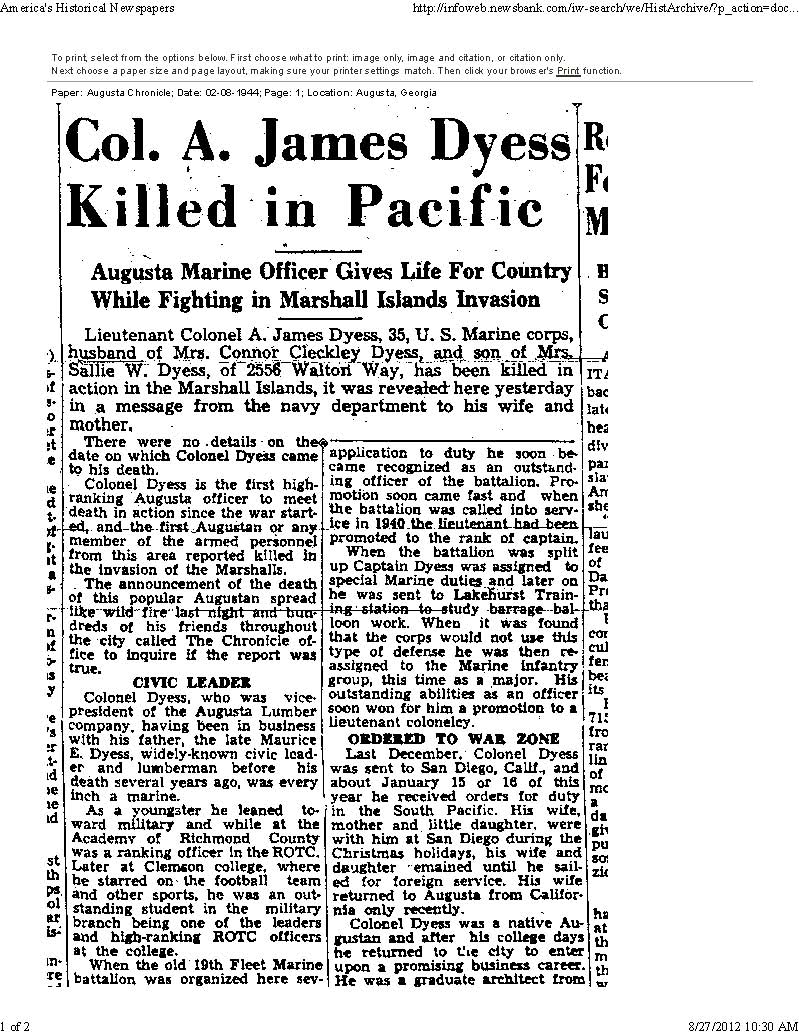 Jimmie Dyess – Vignette in The Echo written by Kelly Durham