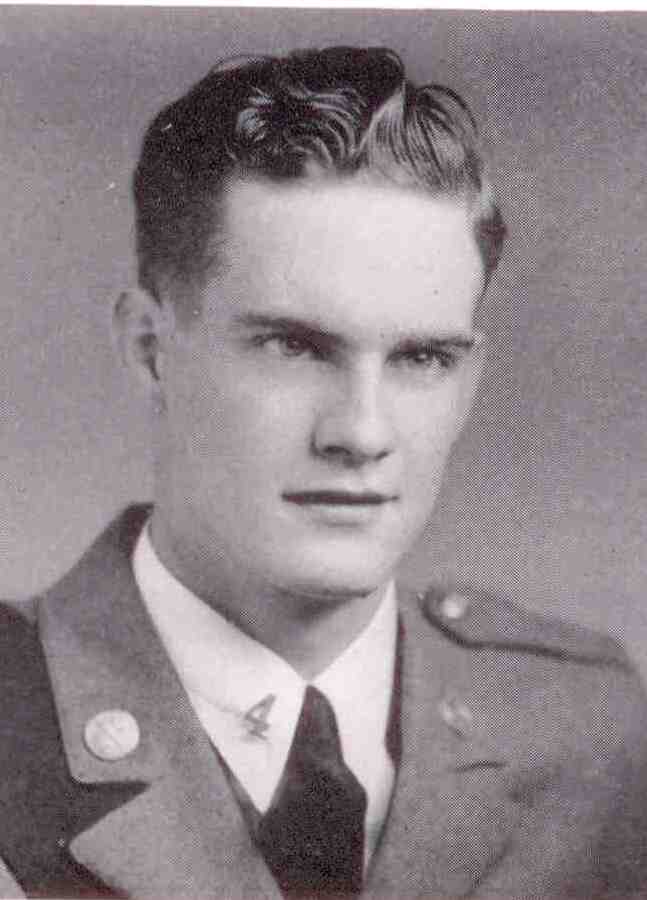 The Battle of Buna-Gona was a battle in the New Guinea campaign, a major part of the Pacific campaign of World War II.  On 16 November 1942, Australian and United States forces attacked the main Japanese beachheads in New Guinea at Buna, Sanananda and Gona.  Both forces were riddled by disease and lacking the most basic supplies, including medicine and food.  The Japanese were under pressure to hold Guadalcanal, which had forced them to withdraw their forces when they were within sight of Port Moresby.  Since arriving in June, the Japanese had built on the north coast hundreds of well-camouflaged, reinforced bunkers in mutually supporting positions blocking all available approaches.  Combined with the forces who had returned fom the Kokoda Track, the Japanese initially had nearly 5,500 troops on the northern coast.  This rose to about 6,500 later in the battle.

When the Allies attacked on three fronts beginning on November 16, they were immediately stymied by the excellent Japanese defensive position.  The Allies suffered heavy casualties and gained virtually no ground.  They had only a few artillery pieces and their mortar ammunition was so limited, it was rationed.  Although requested, the Allies lacked tank and naval support.  They received only partially effective air support.  The Allies were at first supplied only by air drop and sea until they could build rough airstrips at Wanigela and then Pongani.  Even then, they remained short on ammunition, medicine, and food.  Some U.S. troops were reduced to a small portion of a C-ration each day.

The Allied forces only made significant progress when they were finally given the tanks and artillery they had long sought.  On 02 January, they captured Buna, and on 22 January 1943, after prolonged, intensive fighting in extraordinarily difficult conditions, the Allied forces killed or captured almost the entire defending Japanese forces.  Only a few hundred escaped to the north.  Casualties on both sides were extremely high.  General Eichelberger later compared the casualty ratio to the American Civil War.  As a percentage of casualties, killed or wounded in the action at Buna exceeded the better known Battle of Gaudalcanal by a margin of three to one. 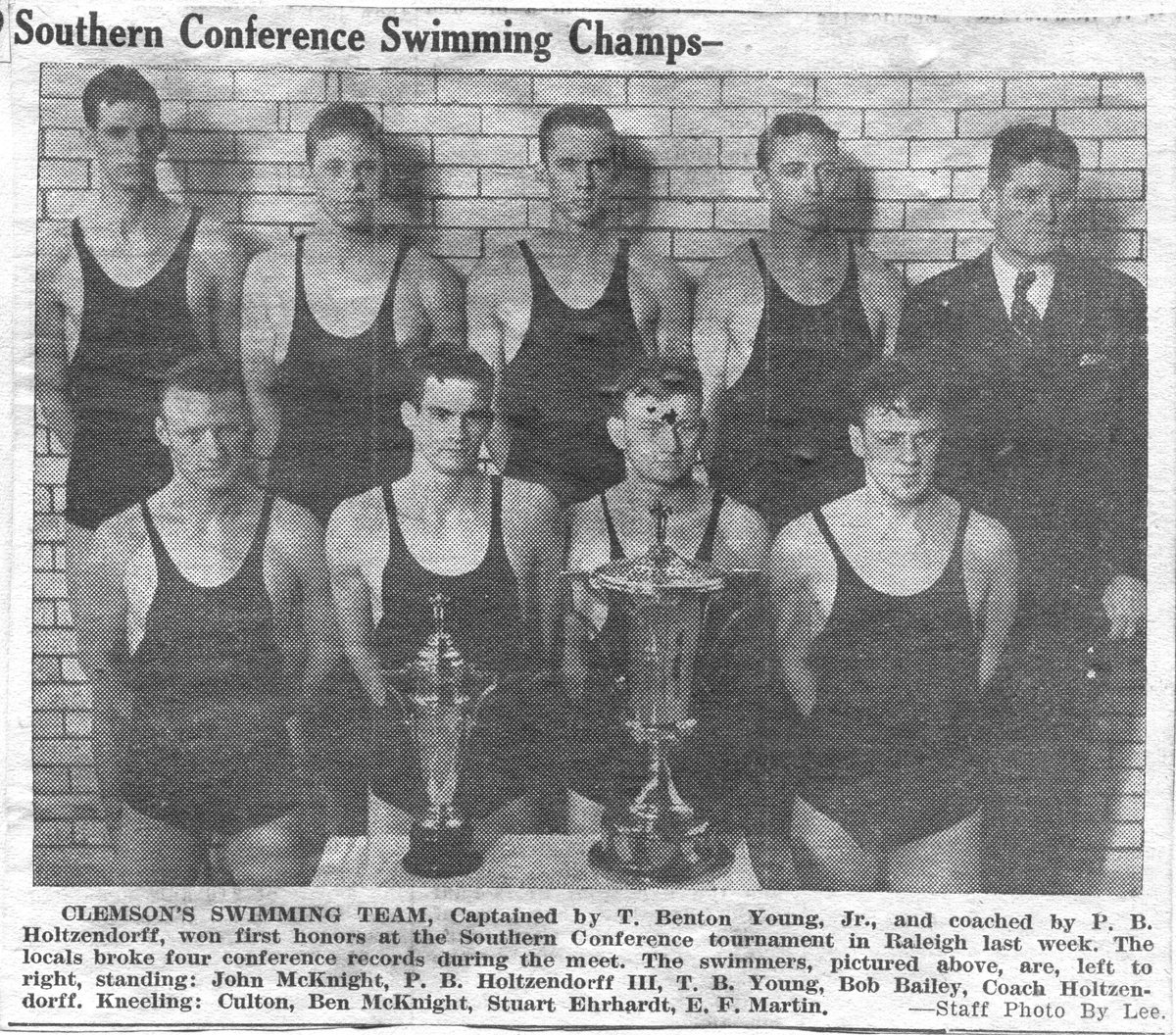 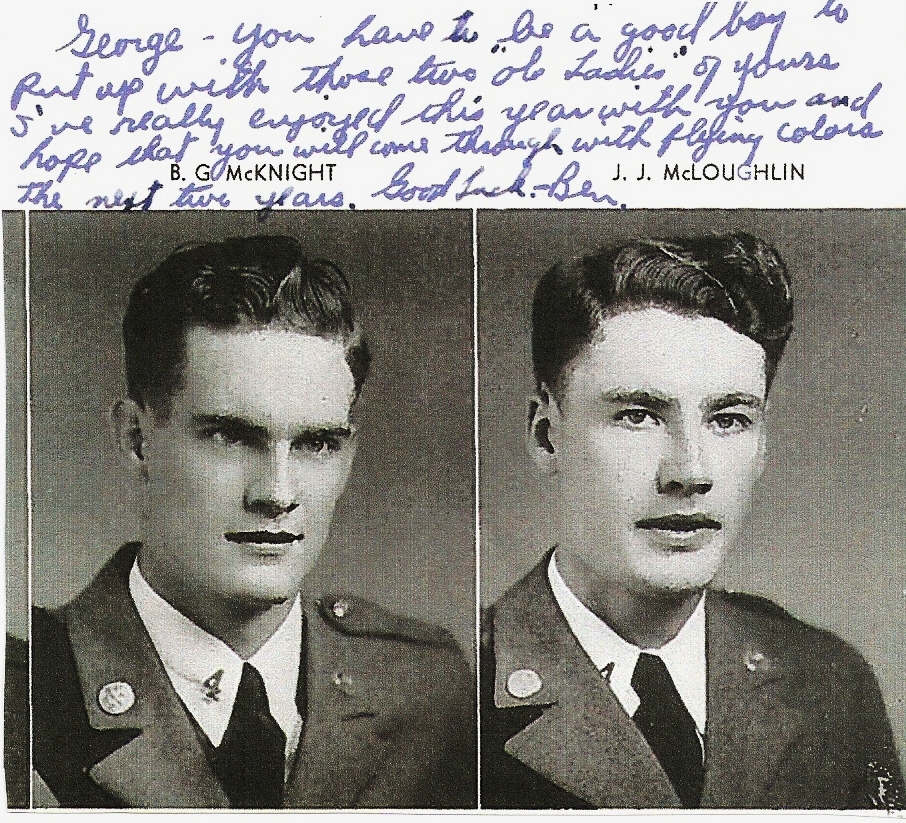 The message was written in a 1941 "Taps" belonging to "George G. Konduros" who was a Sophomore at the time. Ben must have been his Platoon Leader or an upperclassman friend. I acquired Mr. Konduros' yearbook from an antique bookseller on eBay earlier this year as a resource research document relating in part to Ben McKnight. Regards, Joe H. Camp, Jr., Ph.D. Greenwood, SC Note: Old Lady was cadet slang for roommate. 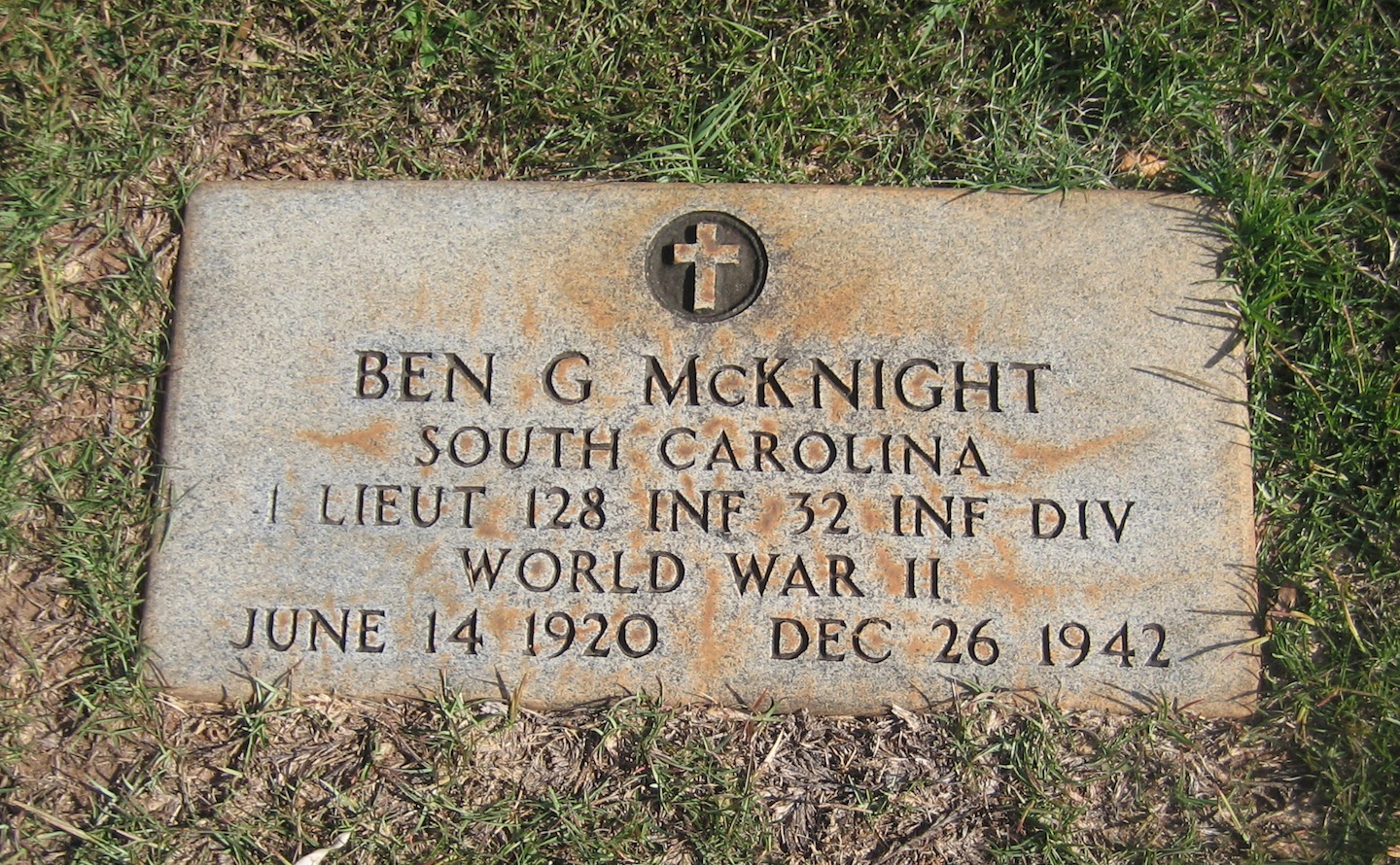