I found an article that contained the following, "Calhoun Ancrum, Class of '04 retired from the US Marine Corps in 1936 after 30+ years of service.  He died at Walter Reed on 12/31/1941.  After serving over thirty years in the service of his country [Lieutentant] Colonel Ancrum retired, but a year ago he was called back into service.  Several weeks ago he was taken ill and was removed to the naval hospital in Washington."

His story is a good one.  He was John C. Calhoun's great nephew.  He went to Clemson (must have played football under John Heisman) and then Carolina, where he lettered in football and was a member of "the famous 1902 football squad."  Then he played on a Charleston team that was composed of former college stars.  At some point he also went to West Point, entered the Marines around 1905 and retired in 1936.  He was recalled to active duty just prior to WWII.

His son, also named Calhoun, served during WWII as a multilingual US intelligence agent and received the Distinguished Service Cross for his Army service.  From 1943 to 1945, as an agent in the Office of Strategic Services, forerunner to the Central Intelligence Agency, Lt. Ancrum flew several times a week from England over Germany to convey instructions by radio to anti-Nazi Germans.  In 1945 he married Princess Xenia Andreevna of Russia.  After the war he became a newspaper columnist and then assistant rector of the Old North Church in Boston."

Based on research by Dave Lyle ‘68 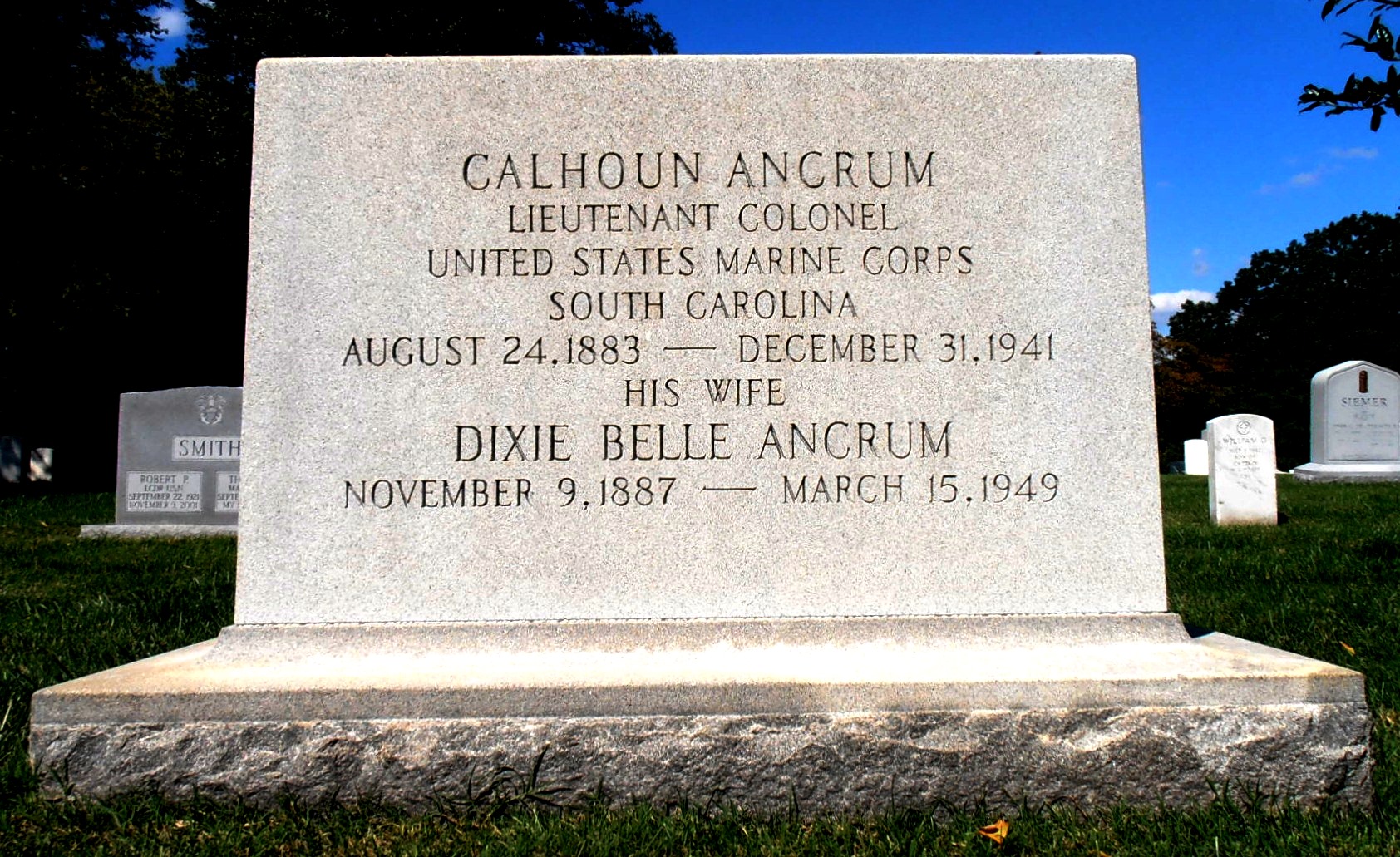