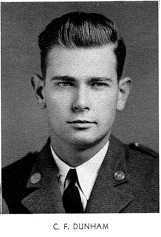 Captain Charles F. Dunham Jr., 0414315, Infantry, Company K, 28th Infantry Regiment, for gallantry in action on 23 February and 2 March 1945 in the vicinity of *****, Germany.  On 23 February, Captain Dunham led the first assault wave of infantrymen across the Roer River.  Continually exposing himself to heavy enemy fire, he moved among his men, organizing and encouraging them, and then leading the attack inland to successfully accomplish their objectives.  On 2 March, in an attack on a strongly fortified town, the company became disorganized upon hitting an enemy minefield.  Captain Dunham rushed forward through the minefield, reorganized the men, and led an attack until mortally wounded by an exploding mine.  His inspirational leadership and great courage were in the highest traditions of the military service.  Entered the military service form South Carolina.

Extracted from The Tiger, the Clemson student newspaper. 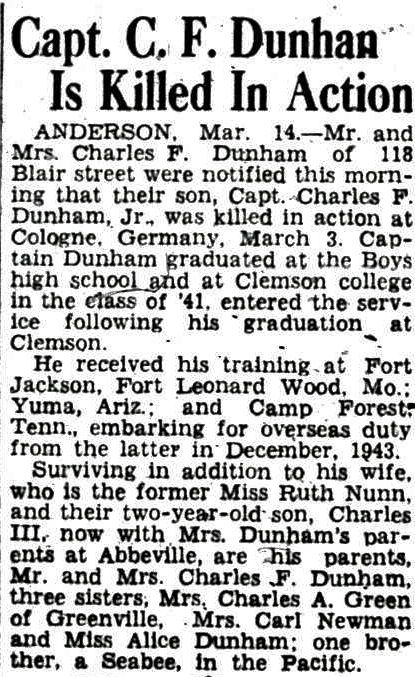 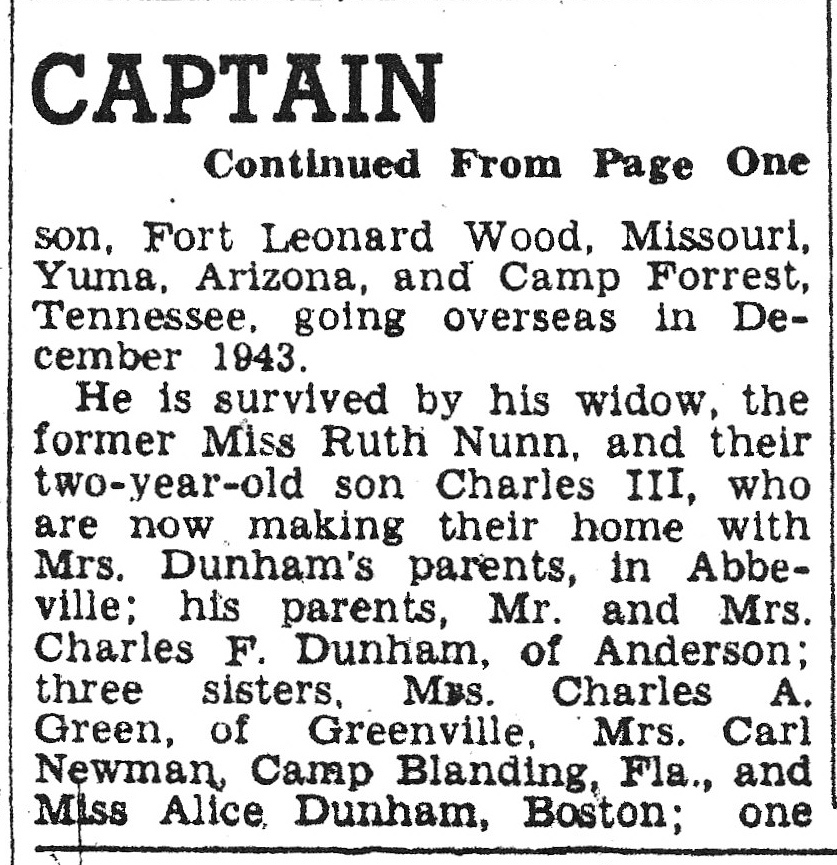 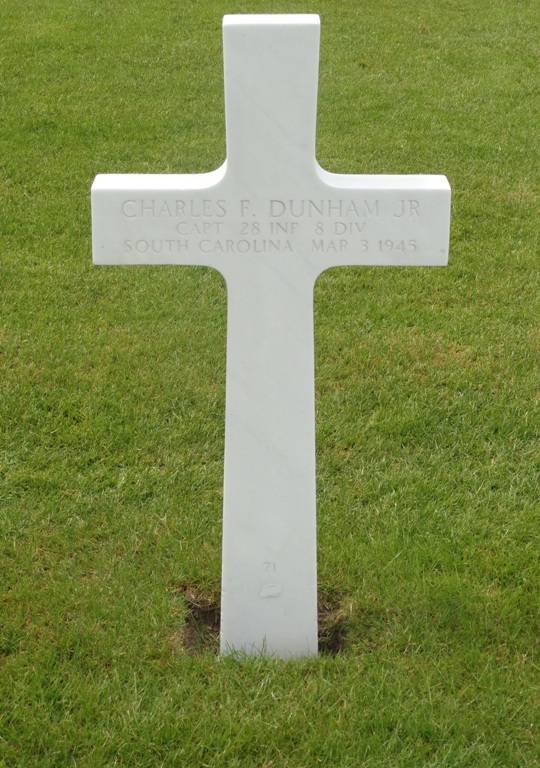 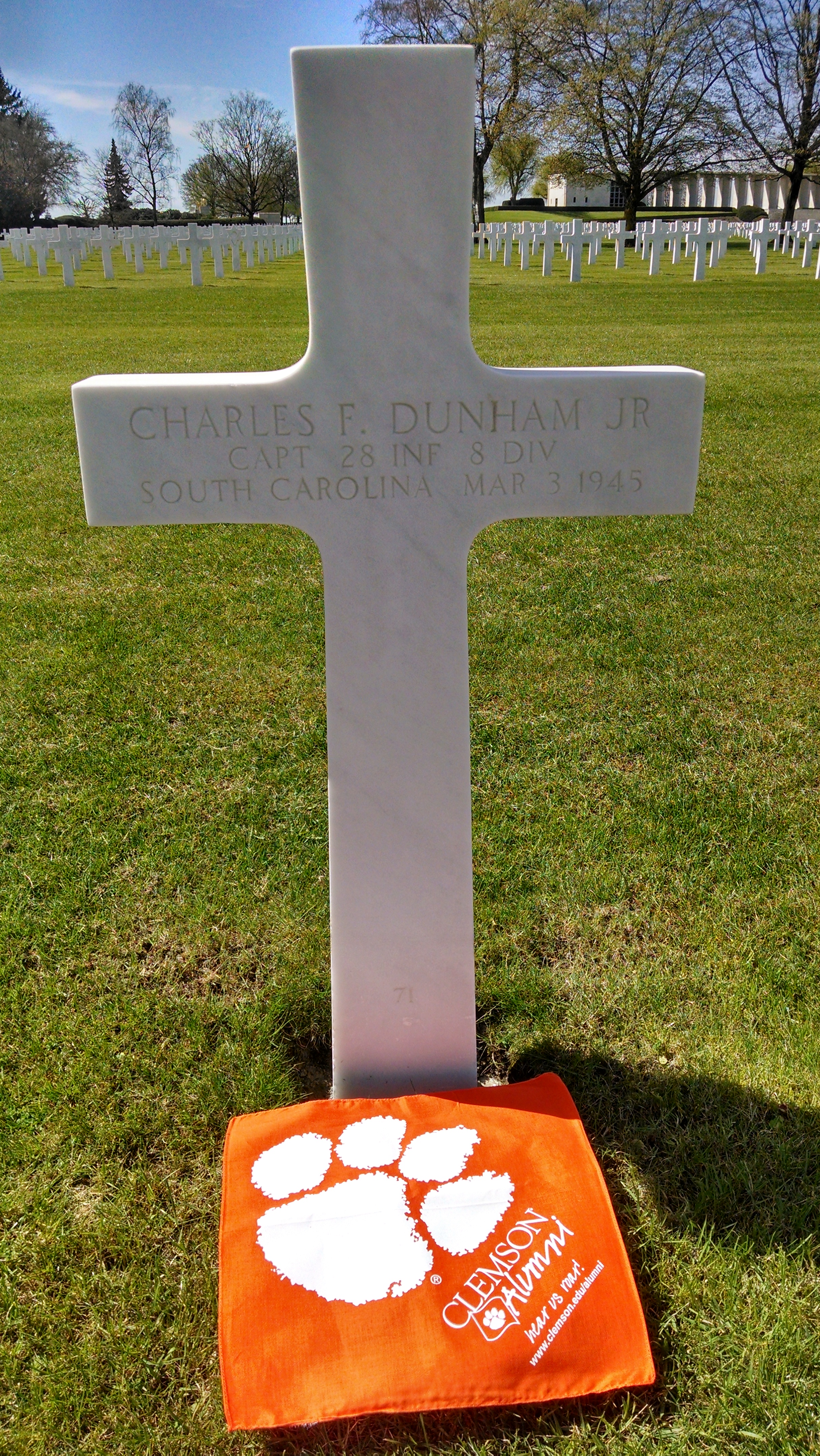