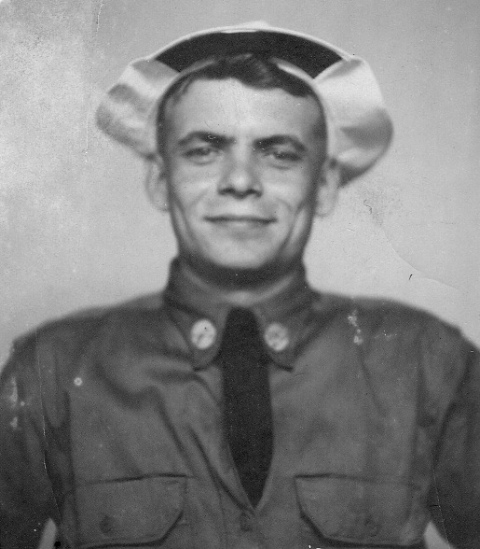 Lieutenant McMillan was the son of Mr. and Mrs. Mann McMillan and a graduate of the Mullins schools and Clemson College.  A veteran of World War II, he was a cousin of Highway Commissioner Claude McMillan and Congressman John L. McMillan, both natives of Mullins.

In addition to his parents, he leaves his widow, the former Miss. Louise Campbell of Greenville; a young daughter, Myra: one sister, Mrs. E.T. Wilcox, Jr. of Marion, and a brother, Frank of Mullins.”

"2LT McMillan died of wounds while protecting his men while they were defending an MSR during 11-12 Aug 1950.  In mid 80's the 14th Eng constructed a dirt airstrip for C-130 a/c at Camp Roberts, California and named the field after him.  It is now paved and active in supporting UAV programs."

- Extract from the WEB By Dirk Hale

AWARD OF THE SILVER STAR (POSTHUMOUS) — By direction of the President, under the provisions of the act of Congress approved 9 July 1918 (WD Bul 43, 1918), and pursuant to authority contained in AR 600-45, the Silver Star for gallantry in action is awarded posthumously to the following named officers and enlisted men:

SECOND LIEUTENANT CHARLES M. MCMILLAN JR., 02204339, Corps of Engineers, United States Army, a member of Company A, 14thEngineer Combat Battalion, displayed gallantry in action against an armed enemy on 12 August 1950, at Yousan,Korean.  On 12 August 1950, Lieutenant McMillan and a platoon of engineers were defending a road block on the connecting road between Yonsan and Miryang when they were completely surrounded by numerically superior enemy forces.  The position soon became untenable and Lieutenant McMillan gave the order to withdraw, voluntarily remaining behind to protect the withdrawal of his men.  At this time Lieutenant McMillan was wounded by an enemy grenade, but despite his wound he remained in his position directing fire on the advancing enemy.  During this action Lieutenant McMillan was killed.  The gallantry displayed by Lieutenant McMillan on this occasion reflects great credit on himself and the military service.  Entered the military service from South Carolina.

“At Lt. McMillan’s roadblock (#3) there was sporadic enemy fire thought-out the night.  At 1600, 12 August 1950 the enemy opened up with machine–gun, rifle and grenades.  Sgt Kavetsky saw a hand grenade go off close to Lt McMillan and three enlisted men.”  A Narrative submitted by Louise Buffamoyer.  Source unknown. 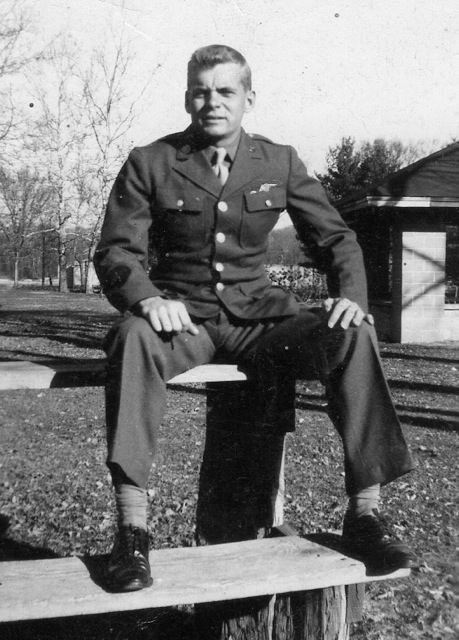 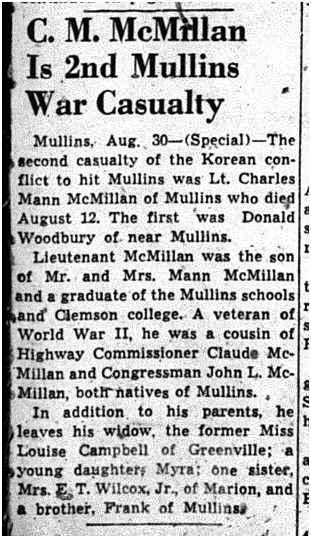 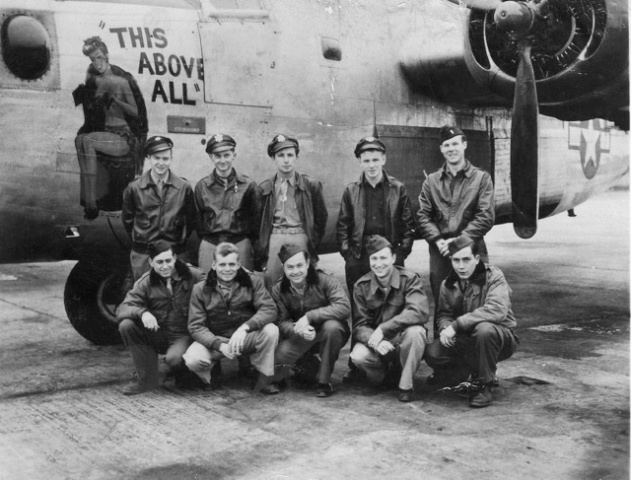 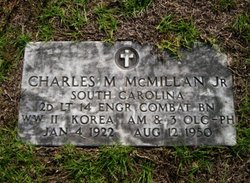