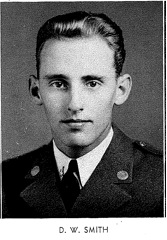 Daniel Willard Smith, the youngest son of Mr. and Mrs. M. A. Smith, was born at Williston, SC, on January 14, 1920.  After graduating from the Williston High School he entered Clemson.  While at Clemson, Dan, as he was known by his friends, was a member of Tiger Brotherhood, Phi Kappa Phi, and a member of the Track Team for four years.

Having acquired his degree in electrical engineering, he accepted a job with Westinghouse until he was called to active duty on November 6, 1942, as a second Lieutenant.  He was stationed at Fort Monmouth, New Jersey, where he was trained as an instructor.

After finishing his training on the 8th of February, 1942, Dan was assigned to the school from which he graduated.

It was on the 10th of April that Dan’s fine life was ended when he was struck by a fast train at Little Silver, New Jersey.  It is said that Dan gave his life as beautifully as he had lived it.  He gave his life for his country and for the principles which were instilled by his mother and father and his religious background.  May there be many more that will serve and love his country and fellow-man as he did.

Extracted from The Tiger, the Clemson College student newspaper. 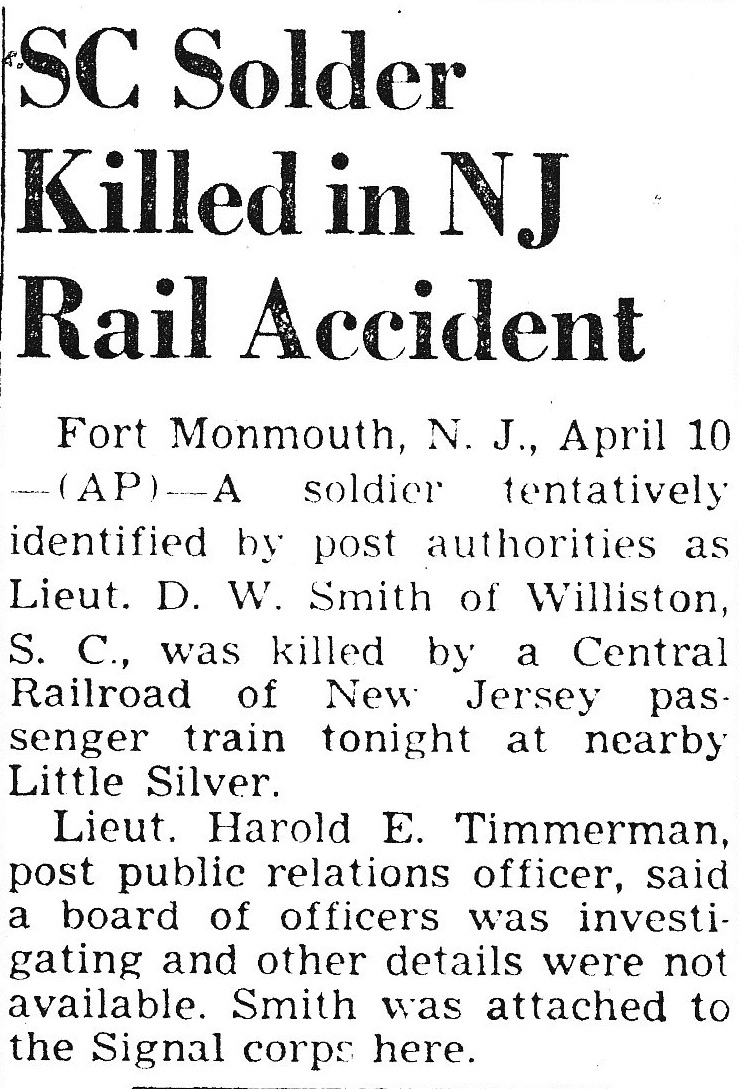 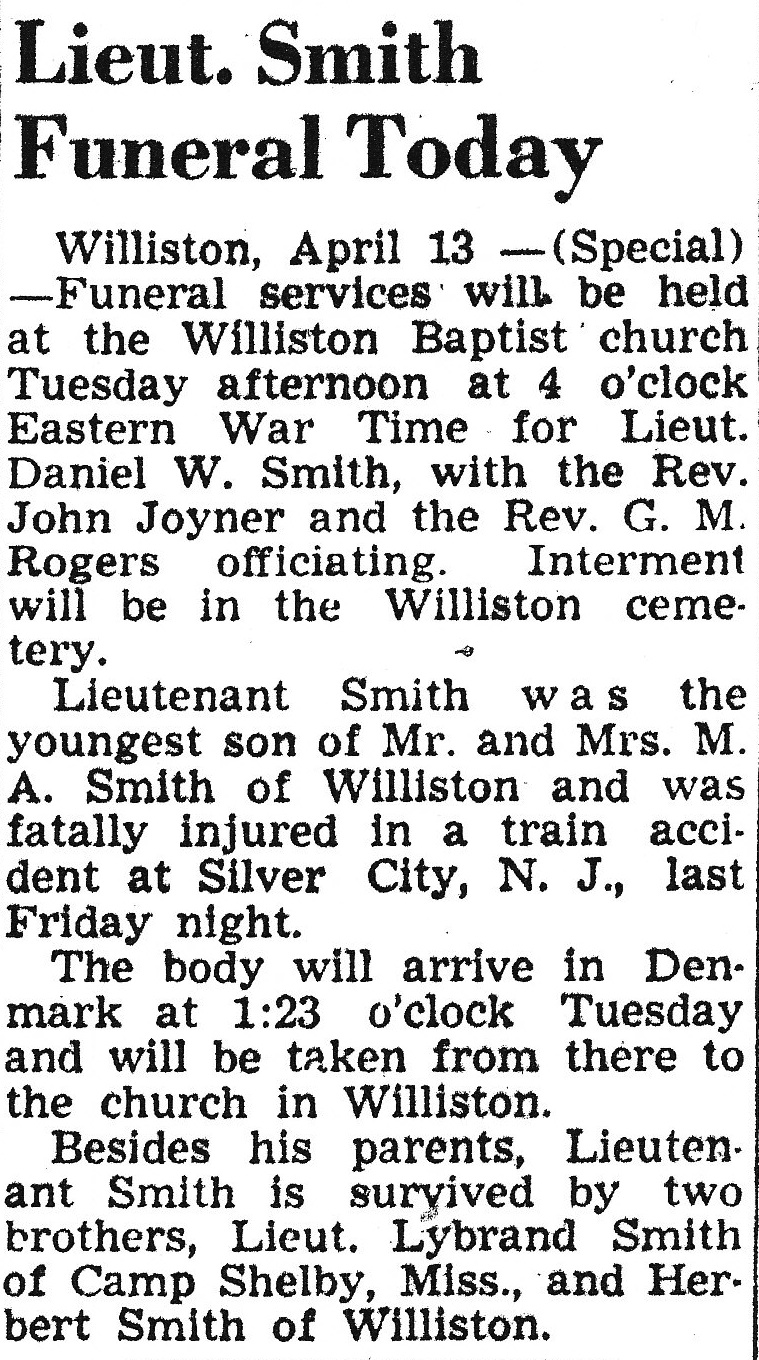 Tragedy by Train – Vignette Written by Kelly Durham for The Echo