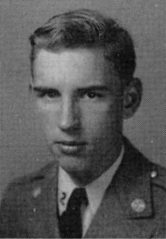 IN MEMORIAM - PFC. DAVID AIKEN CRAWFORD, JR.
AUGUST 6, 1924 – JUNE 7, 1944
Sixty years plus approximately five hours ago from the minute you read this, the seaborne invasion of Europe began with the landing of Allied Forces in Normandy.  Among those waiting in landing craft circling of Omaha Beach was David Aiken Crawford, Jr. of Winnsboro.

He was the only son of David Aiken Crawford, Sr. and Emelyn Macfie Crawford of Winnsboro.  He was in his sophomore year at Clemson College when he enlisted in the United States Army.

His final assignment was to Company “I”, 116th Regiment, 29th Infantry Division, United States Army.  The 116th was destined to be among the first of  the American units to land on Omaha Beach on D-Day, June 6, 1944.  Company “I” was in the second wave which landed under intense German fire at about 7:30 AM on the portion of the beach designated Easy Green in the vicinity of the village of St. Laurent.

PFC Crawford’s gravestone in Bethel ARP Cemetery, and newspaper accounts, give his date of death as June 7, 1944.  By that time, “I” Company had moved a few hundred yards inland between St. Laurent and Les Moulins (See map on reverse side).  He was posthumously promoted to Lieutenant.  He was buried in the American cemetery overlooking the landing beaches in Colleville, France, but later disinterred and brought home for burial in Winnsboro.  His best friend, Forrest Hughes, at the request of Dave Crawford, Sr. went to Charlotte with John M. Harden, Jr. to receive the casket and accompany it home.

Dr. Stephen Ambrose, the historian and author who wrote D-Day, The Climatic Battle of World War II, called the Normandy Invasion and the quick breach of Hitler’s Atlantic Wall the “defining moment of the 20th century.”  That was assuredly so at a cost of more than 2500 American dead.  The recognition of PFC David Aiken Crawford, Jr. is not only a memorial to him but to all others who died with him, and in honor of those who landed and lived.  Others who were there were: Ernest B. Herndon, Jr. (brother of W. R. “Red” Herndon), also of the 116th, who died and those still living:  Samuel Lindsay Pope who still remembers that he crossed the Channel on LST 500; Eddie Glover who was in a stevedore unit and drove an amphibious vehicle and who “saw things I wish I had not seen”;  Jim Mooneyhan (father of Linda M. Haslett) who drove a bulldozer ashore in the afternoon of D-Day; and Dan Ravenel who was offshore as a merchant marine officer on the hospital ship “Arcadia”.

Those who remember “Miss Em” will remember her as cheerful and always interested in young people.  Now, with this perspective gained by years, it does not strain the imagination to recollect a sadness behind the cheerful eyes as she saw in the children of others what might have been.  Thus, this is also a memorial to her and to “Mr. Dave” and to all the mothers and fathers who suffered similar grief.
Pfc Luther P. Byars, Class of 1945, was also a member of the 116th Infantry Regiment and died June 8, 1944 on Omaha Beach.

Activities of the 29th Infantry Division Around the time of David Crawford’s death —
As the final preparations for Operation Overlord were made, the 116th was given their objective.  They were to spearhead the assault against Omaha Beach for the rest of the 29th Infantry Division.  On the early morning of June 6, 1944, they were given the order to attack.  When the transports had successfully crossed the Channel and had come within ten miles from the Normandy coast, the men of the 116th climbed into their British built LCAs and at 0430 started the two hour trip to the beach.  Four companies from the 116th comprised the first wave: Companies A, E, F, and G, with Company A actually being the first American unit to land in occupied France.

As the LCAs drew closer to the beach, German artillery and mortar fire grew increasingly heavier, and several boats were hit and sunk before making it to the beach.  As the boats ground to a halt and dropped their ramps, the men of the 116th were exposed to withering machine gun fire, and they were helpless as they waded ashore.  Within fifteen minutes all of the officers and most of the NCOs of Company A were killed or wounded with one exception, and the rest of the company suffered over 60% casualties.  The rest of the regiment faired little better as the Germans swept Omaha Beach with artillery and small arms fire.  As reinforcements from the 29th Infantry Division were landed, the Germans could no longer hold back the tide of GIs, and the 116th with its sister 115th Infantry Regiment, and the 2nd and 5th Ranger Battalions, was able to fight its way to the bluffs above the beach.  The victory was at a high cost, for the regiment suffered 341 casualties (most of them from Co. A).  But there was no rest for the weary, for the 116th continued to fight its way through the Normandy countryside, and after five weeks of bloody combat in the bocage, they finally liberated the strategic city of St. Lo on July 18, 1944. 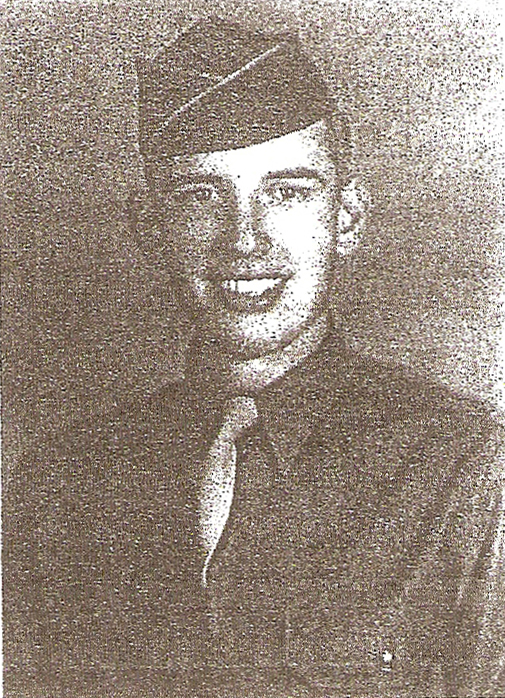 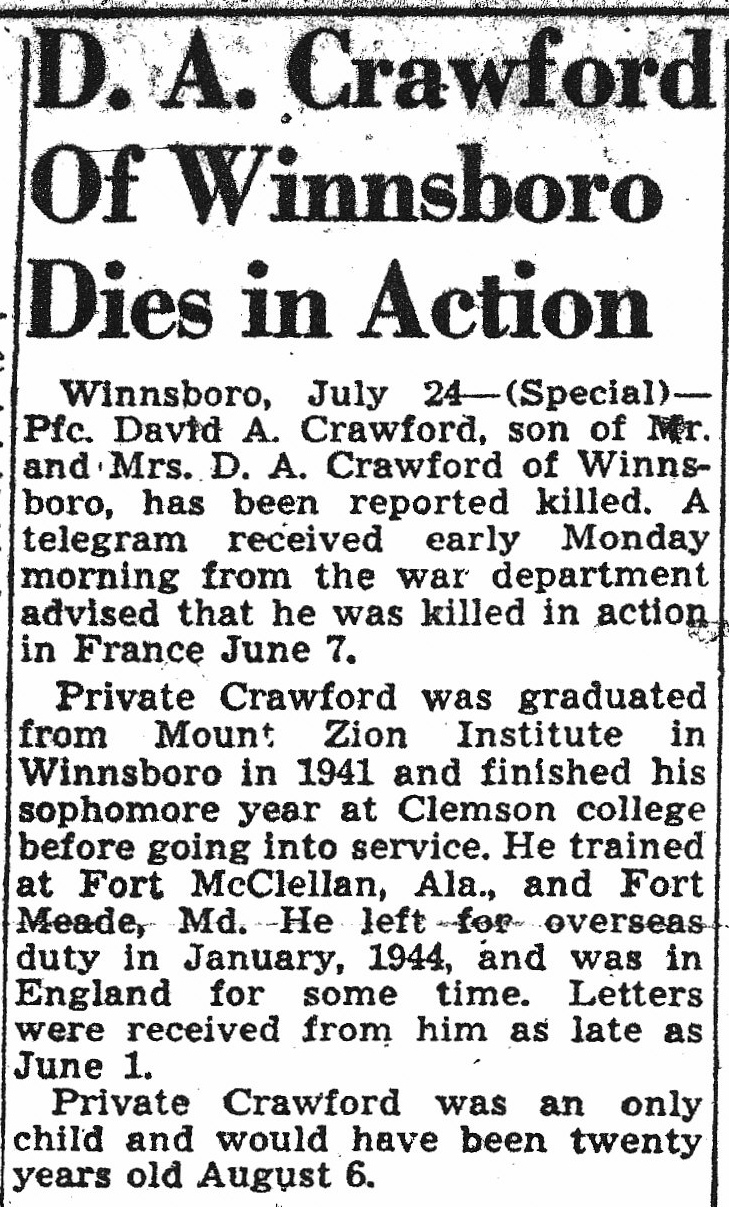 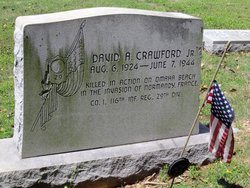