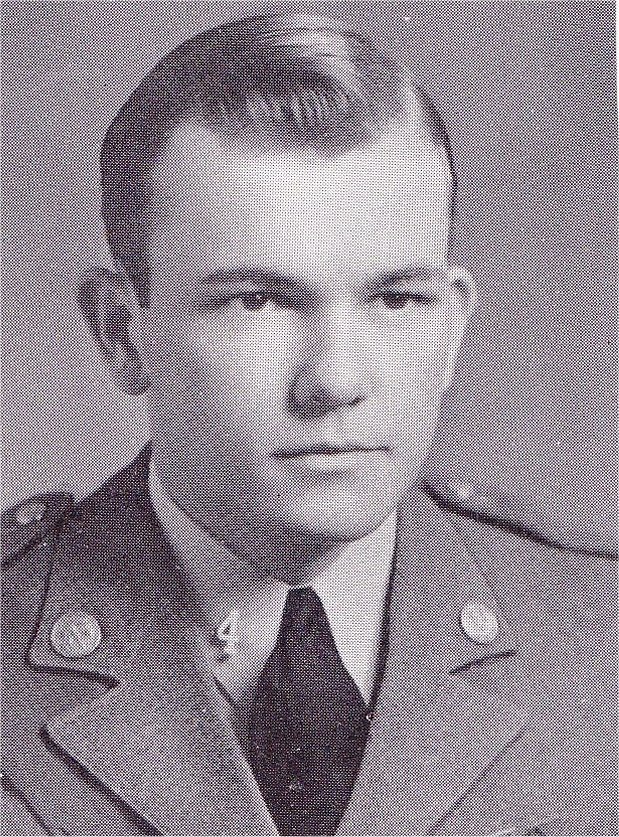 DAVID E. AIKEN, 0460062, Second Lieutenant, 38th Infantry Regiment, United States Army. On 13 June 1944, Lieutenant AIKEN distinguished himself by gallant actions in eliminating an enemy strong point and road block.  During an attack in the vicinity of ********, France, the platoon commanded by Lieutenant AIKEN was detailed to provide flank protection for the Battalion.  As he moved his platoon across hedgerows they approached a sunken road, over which he ordered scouts to cross and reconnoiter the area on the other side before he advanced the remainder of the platoon.  When the scouts were killed in the road by fire from and enemy machine gun, Lieutenant AIKEN personally directed the neutralizing of the position and then ordered his platoon to cover his advance as he went forward to draw fire from other enemy emplacements. He was killed by fire from another machine gun, but his actions enabled the platoon to knock out the position and continue its advance.  The heroism and disregard for personal safety displayed by this officer above and beyond the call of duty is in keeping with the highest traditions of the service.  Residence at appointment: South Carolina. Next of kin: David E. Aiken, Sr., Strother, South Carolina.

The 2nd Infantry Division was transferred from Fort Sam Houston to Camp McCoy, Wisconsin in November 1942 where it trained until it deployed to Ireland in October, 1943.  As part of the buildup for operation Overlord, the Normandy invasion, it spent ten months in Ireland undergoing more extensive training.  On 7 June 1944, D-Day+1, the Division came ashore in France at bloody Omaha Beach.  It liberated the first of many cities, Trevieres, two days later.  The Indianheads battled their way through the hedgerows of Normandy in very tough fighting.

Other: Trained in Texas and Fort Benning, GA.  Served in an infantry company under LtGen Omar Bradley.  Prior to the Normandy Invasion he had been in Ireland for about a year.  He was transferred to England and then to the Normandy area.

He is interred in Salem Presbyterian Church Cemetery in Fairfield County, SC. 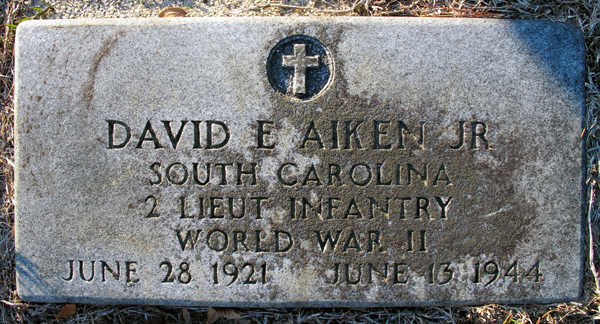 Hedgerow Hero – Vignette in The Echo written by Kelly Durham