Volunteered at the start of the war while a Clemson College student.

The President of the United States of America, authorized by Act of Congress, July 9, 1918, takes pride in presenting the Distinguished Service Cross (Posthumously) to Second Lieutenant (Infantry) David E. Monroe, United States Army, for extraordinary heroism in action while serving with 16th Infantry Regiment, 1st Division, A.E.F., south of Soissons, France, 19 July 1918.  His platoon having been halted by machine-gun fire, Lieutenant Monroe advanced alone against the nest and captured the gun and crew.  Although wounded in this encounter, he returned to his platoon and led them on to its objective.  His gallant conduct had a marked effect upon his men. 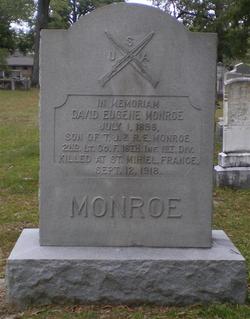 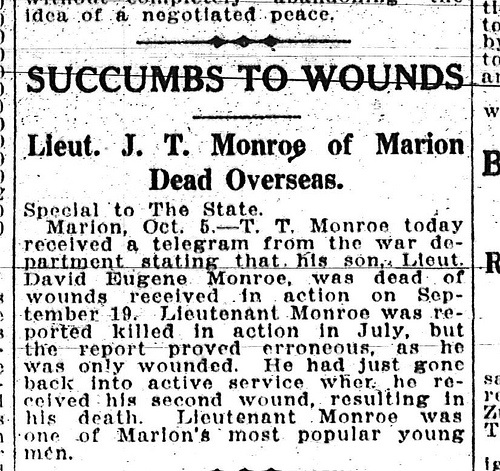 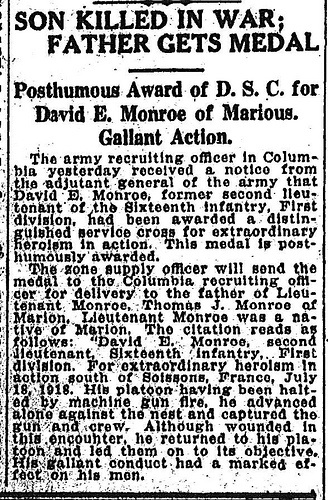 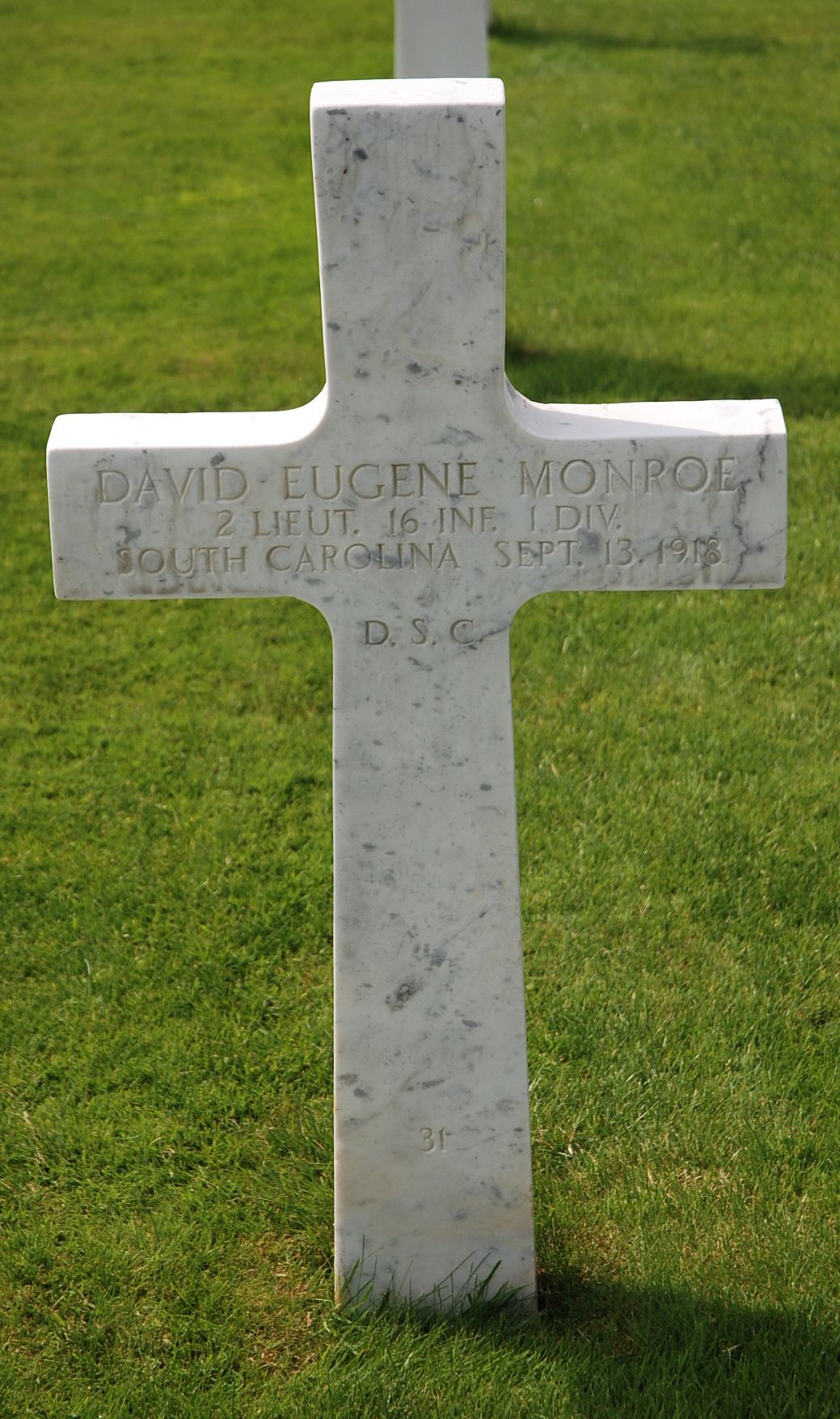