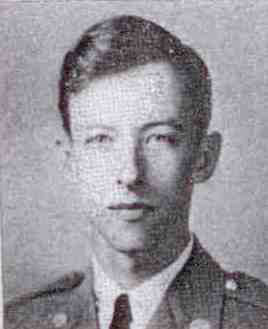 These are just a few of the names on the wall of the Aiken County Veterans Park, located at 1435 Richland Ave.  They departed the United States in service to their country, and returned as fallen heros, their names etched in a wall in memory of their defense of freedom.”

His name was David Alexander.  He was killed about two years after he enlisted in the Army.  His parents were Mr. and Mrs. D.L. Alexander of South Boundary in Aiken.  He graduated from Aiken High School and attended Clemson College.  In June 1945, Alexander and several fallen classmates were honored by the school for their service.

71st_Infantry_Division_(United_States)The 71st Infantry Division arrived at Le Havre, France, 6 February 1945, and trained at Camp Old Gold with headquarters at Limesy.  The division moved east, relieved the 100th Infantry Division at Ratswiller and saw its first action on 11 March 1945.  Their ouster of the Germans from France began 15 March.  The division moved through outer belts of the Siegfried Line, captured Pirmasens, 21 March, and crossed the Rhine at Oppenheim, 30 March.  The 71st continued the advance, taking Coburg without resistance, cutting the Munich-Berlin autobahn, 13 April, and capturing Bayreuth after fierce opposition on the 16th.