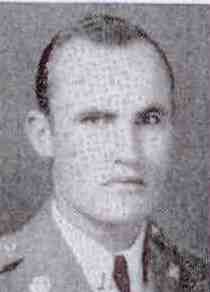 Missing Air Crew Report #257, A/C SN 42-40553 – Gray was assigned to an antisubmarine patrol aboard a B-24D Liberator piloted by Captain Reuben L. Thomas, Jr.  While on patrol over the Bay of Biscay, radio contact was lost with the aircraft.  The aircraft and its 10-man crew failed to return from the mission.  Aircraft dispersed to the area during the remainder of 8 August and 9 August failed to sight any signs of the aircraft or crew, having transmitted messages indicating they were being attacked by enemy aircraft between 1159 and 1225.

Background: As soon as WWII started it was recognized that U-boats posed a serious threat to the US East coast and in response the Army converted a number of bomber squadrons to an anti-submarine role and eventually organized them formally as Anti-submarine Squadrons.  It was unclear which service was responsible for the operation of Anti-submarine aircraft from land bases.  The Army Air Force  built up a formidable Anti-submarine force which included the premier anti-submarine aircraft of WWII – the B-24 Liberator.  In 1943 the Army and Navy reached an agreement and the Navy took over the antisubmarine mission in its entirety.  For more information about the Army Air Force involvement in Anti submarine warfare see Army Air Force ASW Command
https://uboatarchive.net/AAFHistory.htm.
The above information was provided by  Captain Jerry Mason, USN (ret.)
Memoralized: Cambridge American Cemetery. 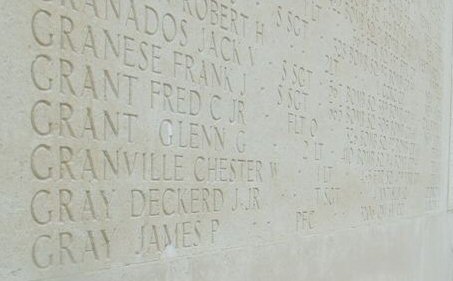 Tablets of the Missing at Cambridge AMC