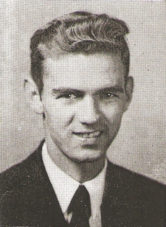 "One of the world’s worst air disasters occurred in December of 1952 and involved veterans who were stationed stateside and veterans returning home from the Korean War and Far East Command.  At that time, the Air Force had a program called "Operation Sleigh Ride," which brought servicemen home in time for the holidays.  The lucky passengers' names were drawn by lot number.  This particular flight was scheduled for Texas and points east.  The accident took place at 6:27 a.m. on December 20. There were 105 passengers and 10 crew members.  Eighty-two passengers and 5 crew members were killed when the plane crashed shortly after takeoff.

The plane involved in the accident was a C-124A Globemaster that had been made by the Douglas Corporation.  These giant planes were big enough to carry an armored vehicle, two big buses, or 200 fully armed troops.  It was a two-deck plane with four 3,500 horsepower engines, and passengers entered it by a nose ramp.

The accident took place at Larson Air Field.  The base was geographically located five miles northwest of the city of Moses Lake, Washington, fourteen miles southwest of Ephrata, Washington, and seventeen miles south of Soap Lake, Washington.  The plane took off from the runway, climbed to about 100 feet, started to turn left, and then plunged back to earth.  The plane shattered into pieces of metal in a fiery crash.

The victims were rushed the 3 1/2 miles from the accident scene to the base hospital.  According to newspaper reports, some of the injured needed up to 12 pints of blood. Within two hours of the accident, 81 donors had given blood at the Yakima Red Cross regional blood center.  Forty-eight pints of whole blood and 100 units of plasma were rushed to the Larson air Force Base hospital, where base doctors and nurses, as well as airmen’s wives, were handling the emergency.  By noon, more doctors and nurses had been flown in to care for the injured." - Extract from the Korean War Educator https://www.koreanwar-educator.org/topics/airplane_crashes/globemaster_larson/p_globemaster.htm#Obituaries 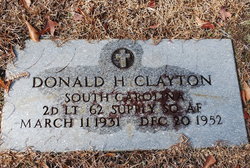