At 8:36 am on June 23, 1961, Lt. David Blackwood and LTJG Edward Shokes departed Miramar Naval Air Station on a scheduled flight that was to last for an hour and a half.  The purpose of the flight was to re-familiarize LTJG Shokes with the aircraft. Soon after take-off, Lt Shokes checked in with VCP-63 base radio by stating his call sign (Royal Blue 941), and take-off time.  Neither men were heard from again.  At 10:48am, Miramar tower informed the squadron Operations Duty Officer that the aircraft was 43 minutes overdue.  A search for the missing aircraft commenced and lasted for the next 10 days without success.

It wasn’t until six months later on December 17 when prospectors in the Little San Bernardino Mountains came upon the wreckage on a steep mountain slope in a remote canyon. The next day, investigators went to the site and confirmed it was the long missing aircraft.  They concluded that the aircraft had struck the ground while inverted, and that LTJG Shokes had just ejected but his parachute did not have enough time to blossom.  Lt. Blackwood did not eject.  They pointed out that engine failure was a possible cause.

Xochitl Peña • The Desert Sun • September 23, 2009 + When Gene Shokes Googled his last name out of curiosity, he had no idea it would take him nearly 2,000 miles across the nation to the remote canyons of Southern California to view the crash site where his father — a pilot in the Navy Reserves — died 48 years ago.

His mother, Janet Rae Shokes, was about three months pregnant with him when his father, 25-year-old Edward Shokes, and a fellow Navy pilot took off on June 23, 1961, from Miramar Naval Air Station in San Diego.  Six months later, the Grumman F9F Cougar was found smashed in pieces on the side of a steep ridge in the Little San Bernardino Mountains about 10 miles north of Indio.

Shokes, now 47, never got to meet his father, but on Monday for the first time visited the place where his father died.  He was able to do so with help from aircraft archaeologist Trey Brandt, who found the crash site in May.  “This not-ever-meeting-your-father is like living with a ghost,” said Shokes, adding that his father was a handsome man who yearned to open his own photography shop.  “My life definitely changed June 23, 1961.”  Brandt’s Web site popped up when Shokes searched his name on the Internet.  It featured information about his father’s accident, and many other military plane crashes.  He was amazed when he read in detail about the crash, where it happened and that remnants of the plane remain strewn across the mountainside

Shokes, of Pensacola, Fla., contacted Brandt, who offered to take him to the site.  Over the past 20 years, Brandt has located more than 300 crash sites in the deserts and mountains of the Southwest, gathering information on the wrecks from newspaper clippings and declassified documents from the Naval History and Heritage Command.  Even though Shokes never met his father, he has at least partly followed in his father’s footsteps.  He earned his pilot’s license in the early 1990s and, like his father, has an electrical engineering degree. 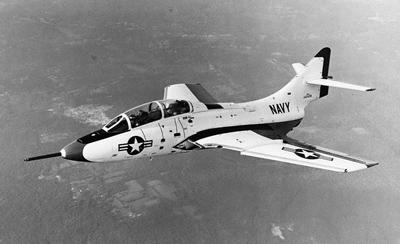 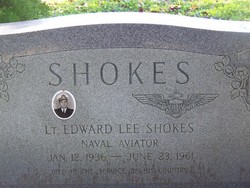 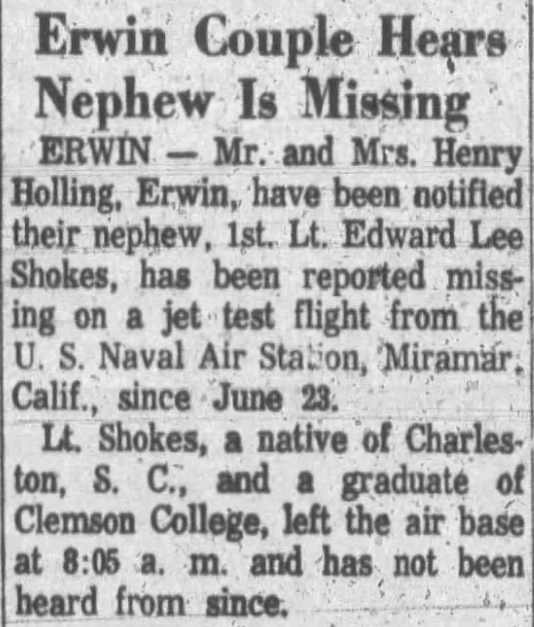 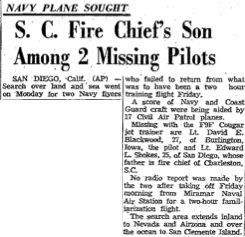 Final Flight – Vignette Written by Kelly Durham for The Echo