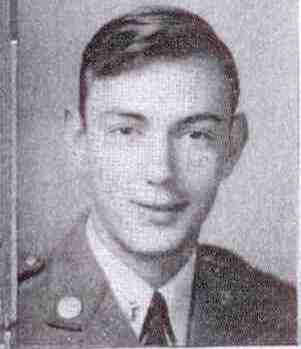 Edward Parker Sanders (known as E.P.) was the brother of one of my classmates -- a girl who had been my seventh-grade sweetheart, and whom I dated some during our high school years.  His father, Parker [Edwin Parker Sanders, Class of '18], served as a Lieutenant in WWI.  I personally never met E.P., and really know only know of him.  The entire immediate Sanders family is buried near the graves of my parents in Columbia, and I'm almost certain the only blood relatives remaining are two or three children of his sister, Marguerite S. Ivey.  Since they were not only born well after E.P.'s death, but most likely live in California, these may be the only comments that help to preserve his memory.

E.P. graduated from Dreher High School in Columbia, where he was a member of the band.  I am sure he was a bandsman, as I was issued a uniform with his name stenciled in it when I joined the DHS Band in 1944.  Moreover, I remember trying to talk with his sister on the phone in the spring of 1943, and she had to stop to tell him to go to another room to blow his trumpet as we couldn't hear wih all the noise he was making!  At the time he was attending Clemson, and was only home for a weekend.

Sometime later, probably in the summer or fall of 1943, E.P. entered the Army, and in due course chose to pursue pilot training in the Air Corps.  While an Air Cadet, E.P. was killed in a crash in the fall of 1944.  I think he was stationed in Alabama at the time, and he is buried in Greenlawn Cemetery in Columbia. --- submitted by Col (Ret.) W. Richard Mattox, '51. 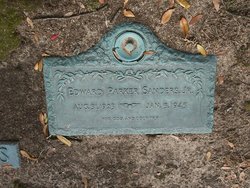