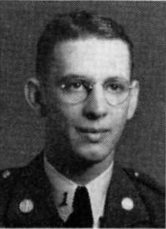 "A mighty good man, even as a young man," said Jack Cox, 90, a friend of Sonny's since the time they were in the fifth grade.  "We grew up together. He was the best."

Sonny, the first in his family to go to college, was in his second year of studying engineering at what was then Clemson College when his draft notice came.  So Clemson had to wait.  Sonny left his parents – Virginia and Ernest Sr. – and went to war.

His father would go to war, too.  At 40, Ernest Sr. enlisted in the Marines and was in the Pacific at Guadalcanal in some of the worst of the Pacific fighting.

After Sonny shipped out, his parents did not know he was neck-deep in the water on that cold gray morning in June.  Virginia was home alone on Eden Terrace in their Tudor home that stands to this day.

"Sonny was a mine detector," said Roe Inman, a cousin.  "My own daddy, four years younger than Sonny, idolized Sonny as only a younger cousin can idolize somebody."

The pack on Sonny's back weighed so much, and once he stepped off that landing craft he immediately was soaked through in the cold water.  Bombs and mortars fell and bullets flew, and that beach was so close that Sonny almost could have reached out and touched it.

But he never did.

Sonny Carroll – who loved Clemson, who chased birds in the fields of York and pretty girls on the streets of Rock Hill – was among the thousands who died on D-Day.

The telegram arrived on Eden Terrace soon after.  Sonny was missing, it read. Newsreel footage showing a wounded GI that some thought was Sonny gave hope to the family – but that hope did not last.  Sonny died, drowning amid the bullets and bombs, in the English Channel.

He is buried in Rock Hill's Laurelwood Cemetery.

Virginia would say well into her 90s that half of her died the day it was confirmed that Sonny was dead. Still, she gave incessantly of time and money and love – another six decades.

Ernest Sr. would dedicate the rest of his life to other people's sons and daughters, too.

"Ernie, Sonny's father, was near the end of his life, and I asked him about Sonny and he said, ‘My Sonny?' and he put his hand over his heart," Inman recalled. "He said, ‘Sonny was a good boy.' Then he asked, ‘Why does there have to be war?' "

There remains no good answer. But the Sonny Carrolls of the world and their fathers fought and won those wars. Their mothers and wives fought at home.

Any kid who ever learned to swim outdoors at the Charlotte Avenue YMCA in Rock Hill in the last 30-plus years did so in a pool named for Sonny Carroll – built by parents who lost their 20-year-old son in the most awful battle in the most awful war.

In the past decade, dozens of students have received help to pay for college from the $1 million that Virginia and Ernest Carroll Sr. gave to Clemson University in honor of their son. It was money earned by the Carroll family bottling soft drinks and founding the old Rock Hill National Bank and in other endeavors of hard work and investment in York County and its people.

It is an endowment honoring Rock Hill and York County that will last as long as there is a Clemson University.

CLEMSON – Ernest Hill Carroll Jr. spent only two years as a Clemson student, but thanks to his parents, Ernest and Virginia Carroll of Rock Hill, many future generations of Clemson students will enjoy the experience he never got to complete.

Ernest Carroll Jr. was called to serve his country in World War II after his second year at Clemson.  He gave the ultimate sacrifice for freedom, as he was killed in action during the Allies’ invasion of Normandy.

To honor their son, the Carroll’s established a $1 million bequest to fund the Ernest Hill Carroll Jr. Endowed Scholarship Fund.  The unrestricted scholarship will give financial assistance to worthy Clemson students.  “Unrestricted dollars are the most powerful dollars that a university can receive,” said Clemson University President James Barker.  ”Unrestricted scholarships are very important to our mission and vision of reaching the top 20.”

Barker will accept a check for the endowment Tuesday, May 25, [2010] at 3 p.m. at the Rock Hill City Club.  “This gift is very much like the gift of Thomas Green Clemson that established the university – it came through an estate gift,” said Mendal Bouknight, director of development at Clemson.  This is the Carrolls’ legacy.  They trusted the future and the university to put this gift to the best possible use for the benefit of generations to come.  Thomas Green Clemson also trusted the future.” 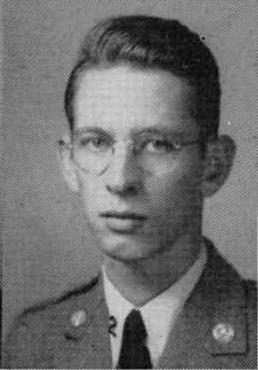 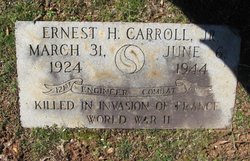 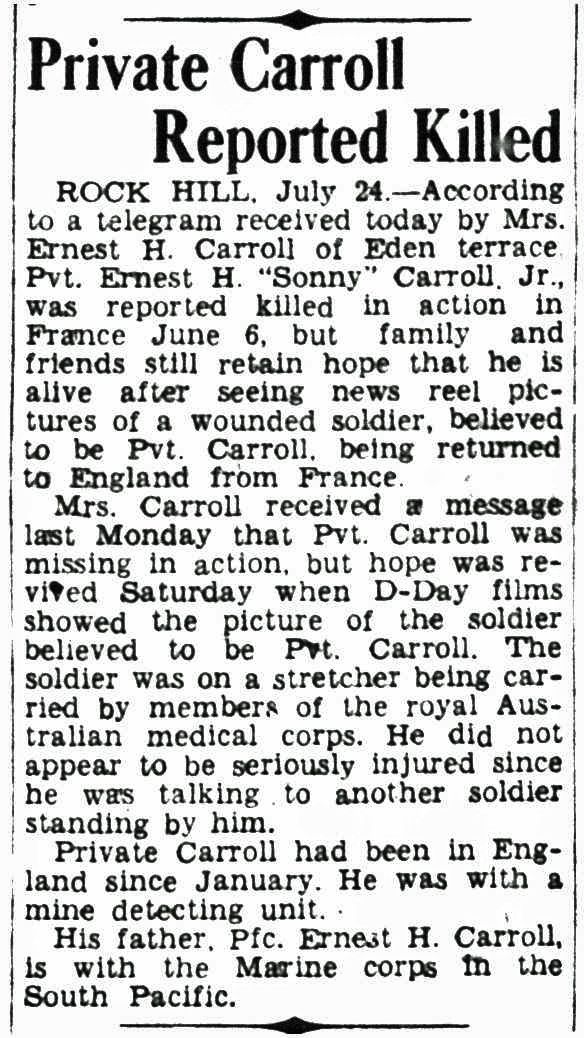