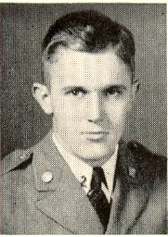 The following was compiled from websites on Gold Star Mothers, No. 274 Squadron, and Camp Sutton, NC:

Frank Howie Sutton, son of George Franklin and Pattie Sutton, was born July 15, 1917.  He was killed while on duty with the Royal Canadian Air Force in North Africa, December 7th, 1941.  He is survived by his mother, one sister, and three brothers, one of whom is now in the air service of the United States.

He grew up in the Sunday School in his church, went through the city primary school and graduated from the Walter Bickett High School in 1937.  Then he went to Clemson College, the South Carolina State school, and studied for two years.

Coming home to begin his life work, he became interested in flying at the local field at Monroe, and early in 1940 he became a cadet in the United States Army Air Corps, and received his first training in Tuscaloosa, Alabama.  From there he went to Randolph Field.  In August, 1940, and on his own responsibility, impelled by the desire to see active service, he went to Canada and made application for the Royal Air Force, and was accepted.  After several months of intensive training he was sent to England and arrived there about April, 1941.

His first service was as a test pilot.  Then he went into the coast patrol and active duty in Northern Ireland.  He was an associate of that body of men of whom Winston Churchill said, "Never did so many owe so much to so few."  From there he was sent to North Africa.  Just when and where, the censorship prevented us from knowing.  On December 7th, 1941, he was killed in action, and was buried by the Australian Infantry near Tobruk.

He died on the very same day that some three thousand of his American comrades in arms were slain at Pearl Harbor.  Born at the very time American boys were going against the enemy in the first world war, he died on the day that we entered the second world war, which was but a continuation of the first.  He died as much in the service of America as our other boys will now die.  He was in fact our first casualty.  Some day we shall know the full story of how he died and his body will no doubt be brought home to rest forever in his native land.

We honor him today as the first of our brave youth who have given their lives that Americans may remain free and decent. What consolation can we offer his loved ones?  The consolation that his brief life was one of energy and happiness, and his death a brave and glorious one.  He died in the manner that brave men have always died.

The blood of such men has always fertilized the fields upon which liberty was planted, and by their deeds it has lived on in the world.  In religious history it has been said that "the blood of the martyrs has been the seed of the church."  In civil and political history so true it is that men have always had to fight for its maintenance that a great English statesman said many years ago that liberty, in the last analysis, is but the blood of the brave.

Frank Sutton was a typically pure-hearted and valiant American boy.  He died in the heritage of the brave and good people who, like him, in their day and time never hesitated to live according to the duties of his hour.  Monroe has known his people on both sides for five generations, including both his great grandfathers.  They would have been proud of him, as his living relatives are proud of him.  Of such men who die for their country it has always been said:

"On fame's eternal camping ground
Their silent tents are spread,
And memory guards in solemn round
The bivouac of the dead."

No. 274 Squadron
Originally formed as a heavy bomber unit in 1918, No. 274 Squadron was disbanded in 1920.  On 19 August 1940, No. 274 Squadron was reformed at Amriya, Egypt as a fighter squadron and consisted of “A” Flight with Hawker Hurricanes and “B” flight with Gloster Gladiators.  By October 1940, No. 274 transitioned completely to Hurricanes.  Between December 1940 and May 1942 the squadron was involved in fighter operations in the Western Desert interspersed with short periods of defensive duty back in Egypt.  In May 1942 the squadron's aircraft were converted to the fighter-bomber role and it began ground attack operations in support of the British 8th Army.  It was active in a ground attack role during the Battle of El Alamein and began moving forward through Libya as the 8th Army captured airfields.  After the army reached Tunisia, No.274 Squadron was reassigned to an air defense role, covering convoys along the Libyan coast.  It began receiving Supermarine Spitfires in April 1943, and was completely re-equipped with this type shortly after moving to Cyprus in September.  In February 1944 the squadron moved to Italy for two months and took part in sweeps over Yugoslavia and Albania before leaving for the UK.  On 24 April 1944, No. 274 Squadron re-assembled at Hornchurch, near London, England, with Spitfires and began fighter sweeps over Northern France in preparation for the invasion of Europe.  After covering the Normandy landings, it converted to Hawker Tempests in August which it used against German V-1 flying bombs until their launching sites were captured by the army.  At the end of September it joined other RAF units in sweeps over Germany until the end of the war.  Early in September 1945 it returned to Warmwell, in Dorset, England, for an armament training course, leaving its ground echelon in Germany.  At that time, it was renumbered 174 Squadron.

Camp Sutton, NC
Soon after the United States entered World War II in December 1941, North Carolina assumed a prominent role in preparing the country’s armed forces for duty overseas.  Along with Camp Butner, Camp Davis, and Fort Bragg, Camp Sutton was among the largest military training facilities in North Carolina (and the nation) during the war.  Each of the installations was also the site of a prisoner of war camp.  At these and eighteen smaller POW camps scattered across the state, more than 10,000 prisoners were housed in North Carolina between 1943 and 1945.

Camp Sutton was organized as a training site for the U.S. Army Corps of Engineers, and opened as a temporary “tent” camp in the spring of 1942.  The base covered 2,296 acres about three miles east of Monroe in Union County.  Located on U.S. Highway 74, Camp Sutton was naturally divided into two halves by Richardson’s Creek, and a railroad line also ran through the camp.  The troop quarters were connected by dirt roads to outlying tactical areas of the base.  The installation was named in honor of Frank H. Sutton, a Monroe native who was killed over Libya in 1941 while serving as a pilot in the Royal Canadian Air Force.

Camp Sutton was deactivated in January 1945, but the last of the German POWs were not shipped out until the spring of 1946 (nearly a year after the war ended).  After the war, buildings on the property housed facilities used to treat polio patients.

The following note is from the records of the leading German ace, Hans Joachim Marseille.  It appears this is the action in which Sutton was killed: 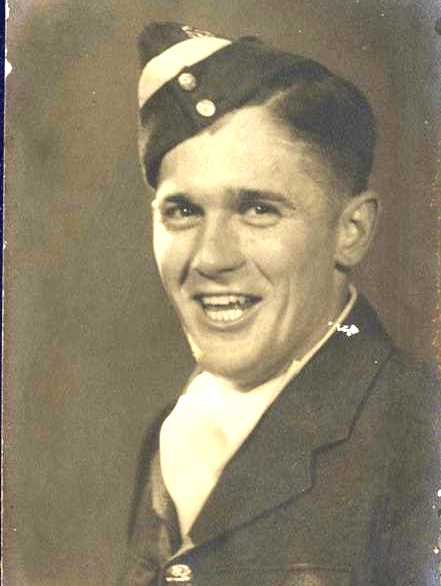 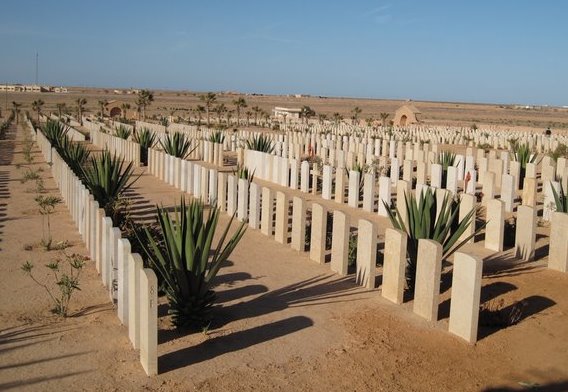 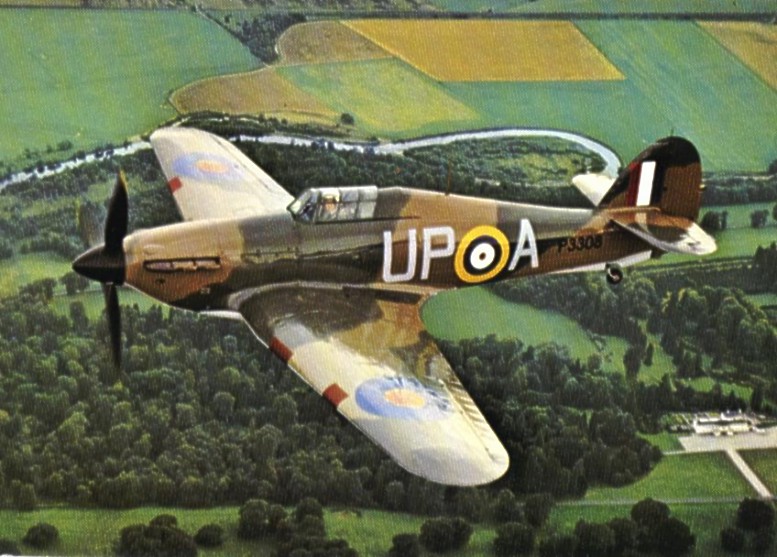 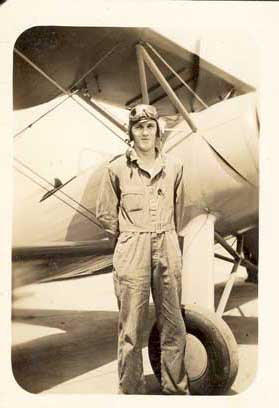 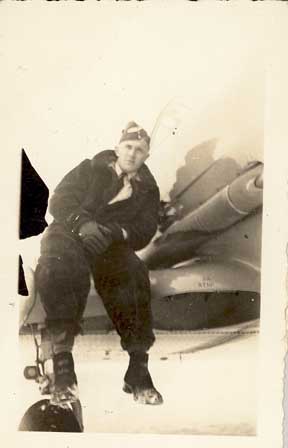 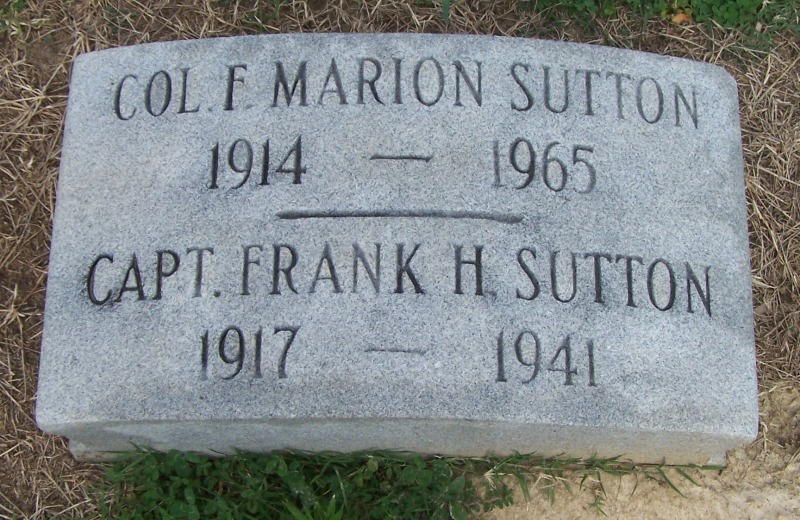