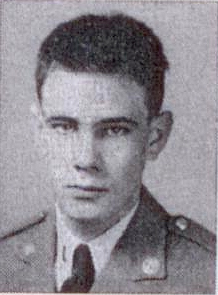 Activities of the 34th Infantry Division at the time SSG Fendley was awarded the Silver Star medal and at the time of his death.
In January 1944, the Division drove into the Gustav line, took Mount Trocchio after a bitter fight, pushed across the Rapido, attacked Monastery Hill, and fought its way into Cassino, being relieved 13 February 1944.  After rest and rehabilitation, it landed in the Anzio beachhead, 25 March 1944, maintaining defensive positions until the offensive of 23 May, when it broke out of the beachhead, took Cisterna, and raced to Civitavecchia and Rome.  After a short rest, the Division drove across the Cecina River to liberate Livorno, 19 July 1944, and continued on to take Mount Belmonte in October.  Digging in south of Bologna for the winter, the 34th jumped off, 15 April 1945, and captured Bologna on 21 April.  Pursuit of the routed enemy was halted, 2 May, with the German surrender in Italy.Source: https://www.history.army.mil/html/forcestruc/cbtchron/cc/034id.htm 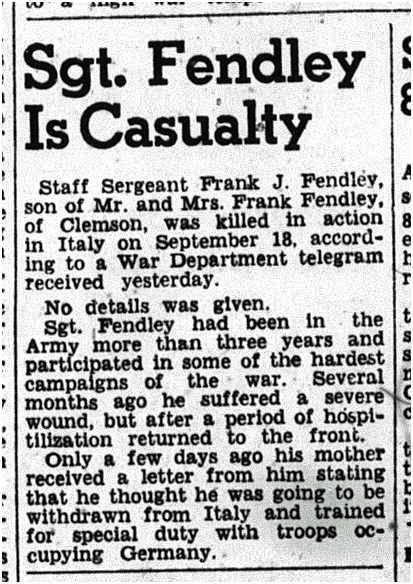