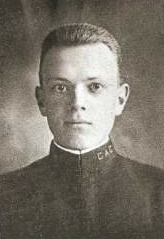 His Majesty, King George V, smiled broadly with approval as the gallant men marched spiritedly through the streets of London.  The cheering crowd tossed flowers and cigarettes at the marching men and shouted “God bless you!” The date was May 11, 1918.  England fighting with her allies against Germany for 3 ½ years-was wildly applauding the arrival of the 325th Infantry Regiment of the U.S. Army’s 82d Division.  Less than a year earlier-on August 25, 1917, the 82d had been activated at Camp Gordon, Georgia, where raw recruits and draftees learned basic infantry tactics.

On that day in May, the 82d Soldiers were in route to the bloody trenches and foxholes of “No Man’s land.”  They were headed for the western front in Franceto join the “doughboys” of other U.S. Army division.  They were going there, as the London Times wrote, “…to crush forever the evil spirit of Prussian Militarism.”

The 82d fought campaigns of unparalleled passion through the poisonous gas, the skin slashing wire, and the machine gun nests of Lorraine, St. Mihiel and Meuse-Argonne.  When all was finally quiet on the western front, the 82d’s 325th, 326th, 327th, and 328th Infantry Regiment and other attached units had paid bravely but dearly for victory: nearly one-fourth of the division’s 28,000 men had been killed or injured in the fight to protect their allies’ freedom.

The second phase of the 82d’s operation called for the division to fight along the Aire River.  Moving north the 82d captured St Juvin on 14 October and defended it against a heavy counterattack the following day. 2/325th Infantry was ordered to capture Champignuecles.  Due to miscommunications the 326th fell back to the St Juvin – St George road leaving the left flank of the 325th unprotected and ¾ kilometers ahead of American lines.  The St Juvin – St George Road would become the accepted front line. 2/326th had been brought up the night before and replaced the 1/325th on the front line.

It was on 17 October 1918 that 1ST Lt George L. McCord was killed.  He was the only person killed that day.  But the heroic actions of men like 1LT McCord, Alvin York and many other members of the 82d foreshadowed the end of the German Army in France.  On November 11 Captain Sirmon’s diary entry for that long awaited day ends with this sentence: “thank God for this night that the world rests again in peace!”

Airborne All The Way

The second phase of the 82nd's operation called for the Division to fight astride the Aire River.  Moving north, the 82nd Division captured St. Juvin on 14 October 1918 and defended it against a heavy counter-attack the following day.  For the next few days the 82nd was involved in fighting in the Agron River Valley and the Ravin aux Pierres.  By 21 October 1918 the Division had both in its possession.  For the next several days the Division patrolled and manned outposts.  During its service in the Meuse-Argonne, the 82nd had suffered over 7,000 casualties and had another Medal of Honor recipient, Corporal Alvin York of G Company, 328th Infantry Regiment.  The 82nd Division was relieved in the Argonne on 1 November 1918, thus ending its combat participation in the Great War. 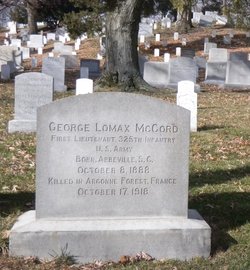