As printed in the "Florence Morning News" on
Sunday November 25, 1945

A War Department message was received yesterday by the family of Harry Burton Goodson Jr., Aviation Metalsmith 2nd Class of the Navy, informing them there is no hope for his survival.  The telegram stated he lost his life as a result of enemy action on January 5, 1945, while in the service of his country.  The message, signed by Vice Admiral Louis Denfeld, chief of Naval personal, informed the family that a careful review of all facts available relating to Goodson's disappearance leads to the conclusion there is no hope for his survival.
A son of H.B. Goodson and the late Mrs. Annie Laurie Cottingham Goodson, he has a sister Miss Mary Goodson.  Other survivors are his widow, the former Miss Belva Dorn of Montana and a 16-month old son, H.B. Goodson III.
Young Goodson was graduated from Florence High School in the class of 1939 and attended Clemson College.  He was working for the Atlantic Coast Line when he volunteered for the Navy in December 1941.  He was serving aboard the U.S.S. Manila Bay and had been in the Pacific for two years.

The task groups steamed via Surigao Strait and the Mindanao Sea into the Sulu Sea where they turned north for the Mindoro Strait.  Enemy nuisance and suicide raids began in earnest on 4 January; and despite the tight air cover provided by CVE aircraft, a kamikaze crashed into the flight deck of the Ommaney Bay causing her sinking.

The enemy air attacks intensified on 5 January.  Patrolling fighters broke up morning and early afternoon strikes, shooting down numerous raiders. At 1650, a third attack sent all hands to general quarters.  Vectored CAP shot down several enemy planes and anti-aircraft fire accounted for others.  Three planes got through to the Louisville, the Stafford, and HMAS Australia.  Just before 1750, two kamikazes dove at the Manila Bay from the portside.  The first plane hit the flight deck to starboard abaft the bridge, causing fires on the flight and hangar decks, destroying radar transmitting spaces, and wiping out all communications.  The second plane, aimed for the bridge, missed the island close aboard to starboard and hit the sea off the fantail.

Firefighting parties promptly brought the blazes under control, including those of two fueled and burning torpedo planes in the hangar deck.  Within 24 hours, she resumed limited air operations.  Most repairs to her damaged electrical and communication circuits were completed by 9 January, when the amphibious invasion in Lingayen Gulf got underway. 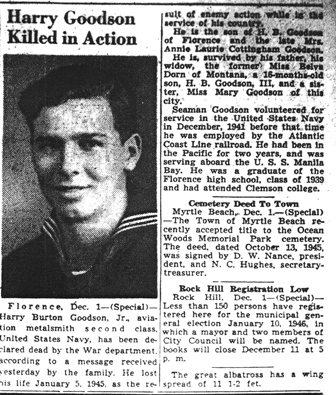 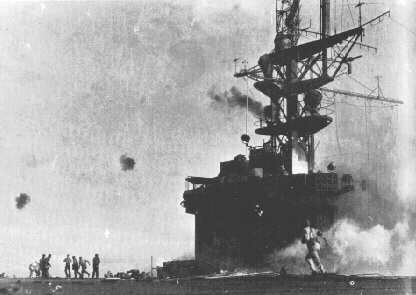 January 5, 1945. Image of Manila Bay, taken just moments after she was crashed by a Kamikaze at the base of her island 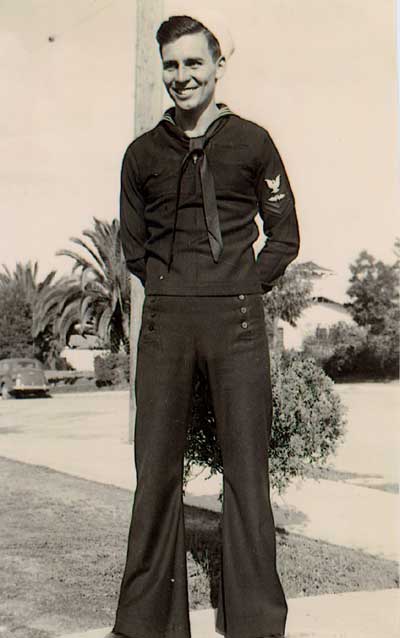 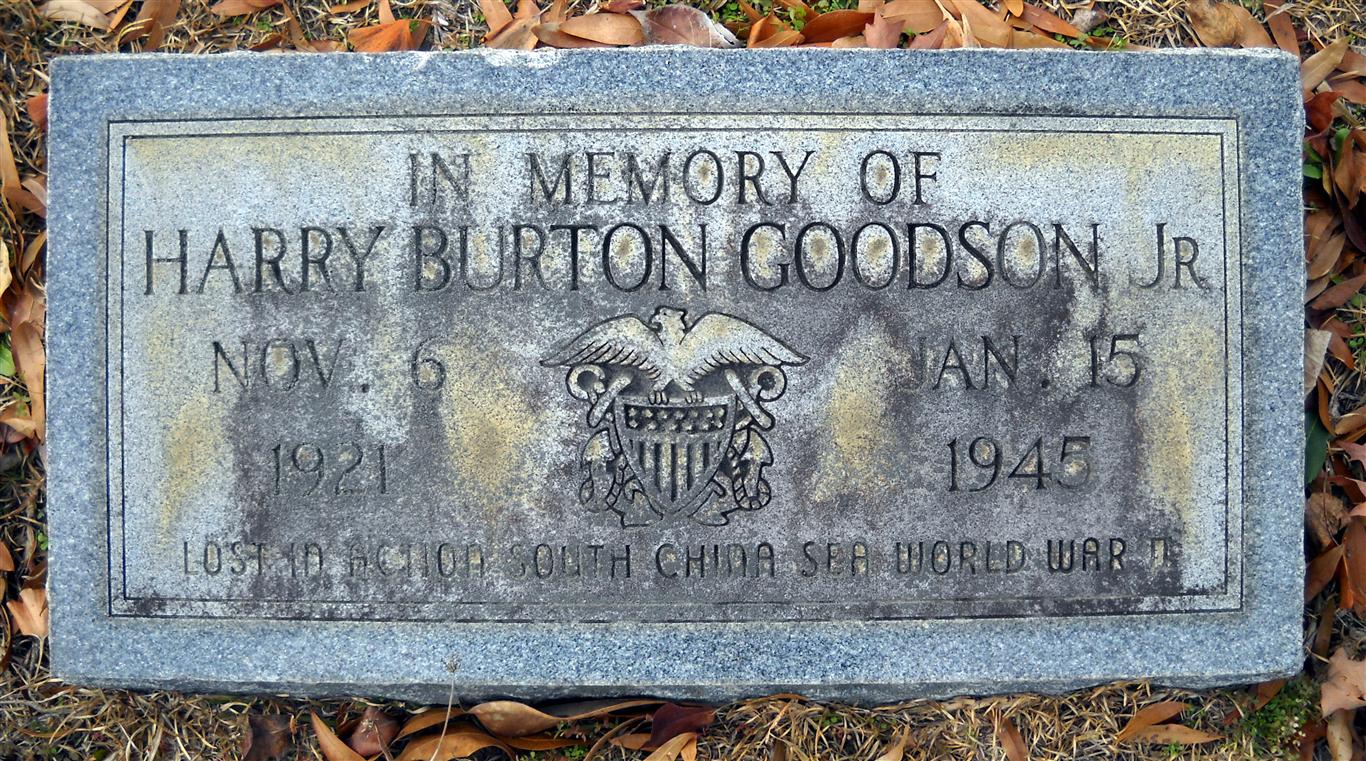