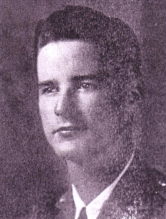 Narrative: The sole surviving member of the crew, Pvt Joseph Buturia reported that when circling the Chattanooga airport to land he looked out to see the left engine shooting flames.  The engine sputtered and stopped shortly followed by the propeller.  After circling several more times the plane crashed into the middle of a field bouncing three times and then ending nose down.  Eventually the private was pulled to safety from an outside source as the rest of the wreckage went up in flames.

Other: Henry Parrott Bacot, ’37, was born in Florence, SC, December 13, 1915.  He spent his early boyhood in Virginia and New York City.  In 1933, he returned to his native state, where he graduated from high school and entered Clemson College.  During his student days at Clemson, Henry was an outstanding cadet.  He was a Corporal his sophomore year, Staff Sergeant his junior year, and Battalion Executive with the rank of Captain his senior year.  He was a member of the swimming team during his four years in college, winning state championships during his sophomore, junior, and senior years.  He was a member of the freshman, sophomore, junior, and senior platoons, as well as holding office in several campus organizations.  Upon his graduation in 1937, he went to Randolph Field, TX, where he trained as an aviation cadet, earning his wings at Kelley Field, TX, graduating with honors.  At Barksdale Field, TX, he received his commission as first lieutenant, and later served as an instructor in this field.

From Barksdale Field, he was sent to other posts to assist in the training of parachute jumpers, then detailed to Fort Benning, GA.  While attached to the 27th Bombardment Group, Savannah Air Base, Savannah GA, he was detailed to take part in Army maneuvers in Tennessee.  While returning from these maneuvers his plane developed engine trouble.  While trying to land at the Chattanooga, TN, Airport in a driving rain, both motors failed and his plane crashed and he met his death.

It was from the lips of Captain Colin P. Kelley, that he received his last orders and after his death, Captain Kelley said of him, “There lies one of the finest and most experienced young fliers the Army has known.  Next week he was to be made captain to take my place.” 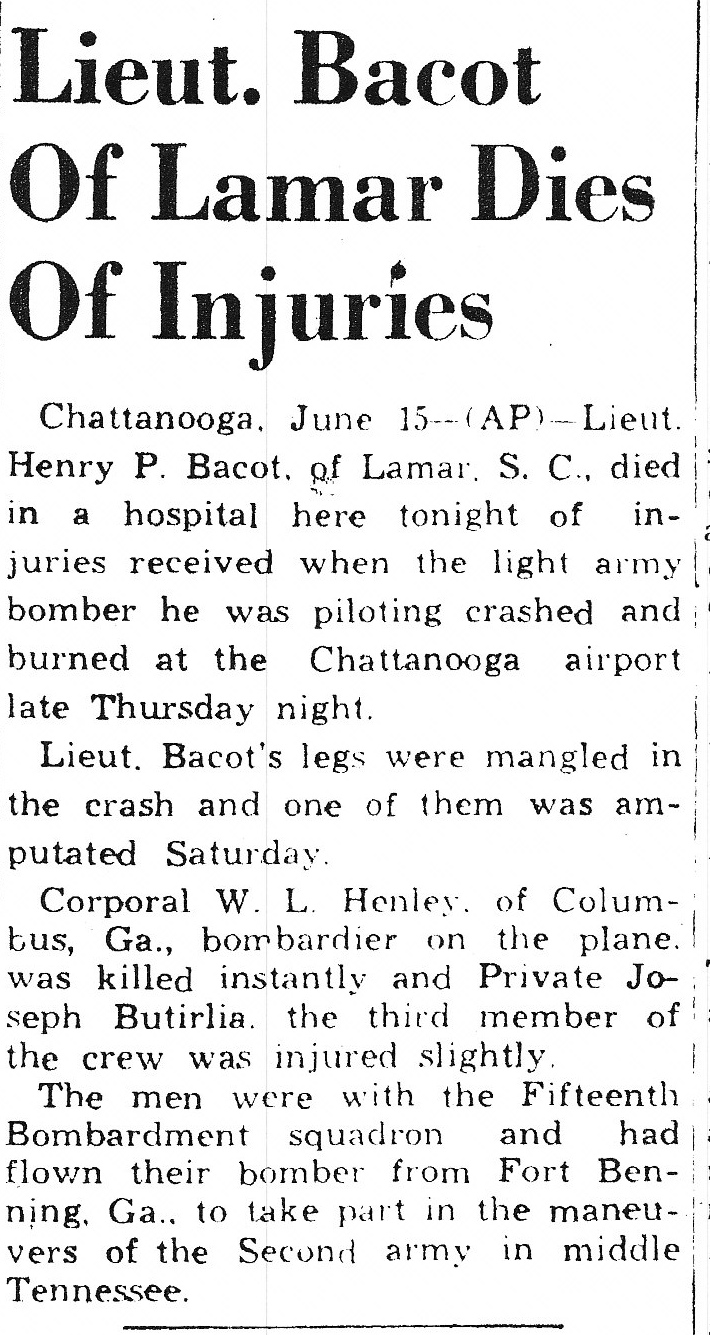