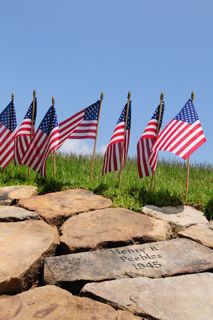 Narrative
2nd Lt. Peebles started down on his dive bomb and then went through the overcast.   An explosion was seen afterwards which could have been the bomb or it could have been the aircraft.  Lt. Peebles was never seen again.  A through search was preformed on and around the island of Chichi Jima, but no trace of the aircraft was found.
Eye Witness statement
10 May 1945

I saw Lt. Peebles start down his dive bomb run as Red four.  I waited about five seconds and started down from 10,000 ft.  Red leader and his number 2 man were pulling off the target and Red 3 and Red 4 went through the overcast.  I never did seen Red 4 again except that I did see a big explosion east of the target that I assumed was a bomb, but could have been Red 4.  The bomb was on a bluff above the water.  If this was the plane it would have fallen into the water.

Henry Randolph Peebles was born in North Carolina in 1924, but moved with his family to Pickens County, South Carolina.  He was the son of Calvert Gossley and Julia Southall Bowen Peebles.  He enrolled in Clemson College in 1941, majoring in mechanical engineering.  He quit school in 1942 to join the Army Air Corps.  He enlisted in Miami Beach, Florida on February 28, 1943.  He was sent to pilot training school, and then received further training to fly P-51 aircraft.He was assigned to the 46th Fighter Squadron of the 21st Fighter Group, stationed at Iwo Jima.  On May 10, 1945, he was selected to participate in a strafing and dive bombing mission on Japanese facilities located on the nearby island of Chichi Jima.He began his dive, entered an overcast, and the rest of his element reported hearing a tremendous explosion.  It is unknown if the aircraft, or the bomb, exploded, but Lt Peebles was never seen again, and no trace of his aircraft was reported.  Lt. Peebles was listed as MIA on May 10, 1945, and declared Dead on May 11, 1946. 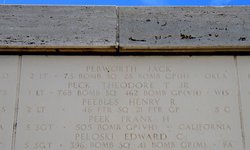 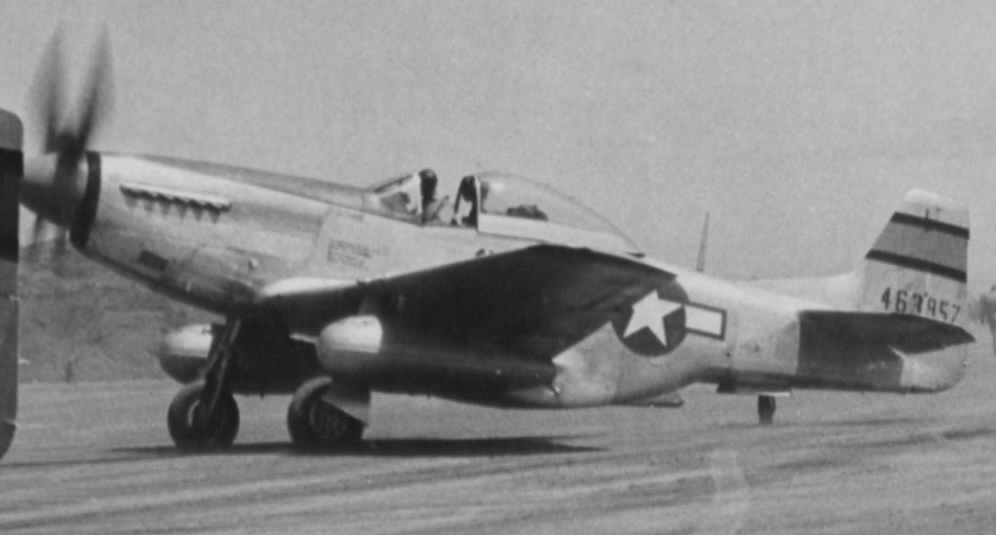