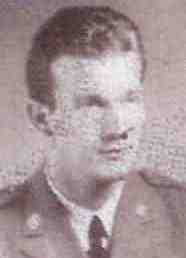 The following is taken from his memorial on Findagrave.com.

He resided in Florence County, South Carolina prior to the war.

He enlisted in the Army on May 5, 1941, prior to the war, in Charleston, South Carolina.  He was noted, at the time of his enlistment, as being employed as a Actor and also as Single, without dependents.

He married Miss Frances Smith sometime after his enlistment.

Herbert was promoted to the rank of First Lieutenant on September 23, 1943.

On January 11, 1944, bombers from the 15th Air Force based in Cerignola, Italy, were dispatched to strike harbor installations at Piraeus, Greece.

Herbert's B-17 & also B-17 #42-3251, with ice forming on their wings and due to cloud cover having lost their formation, decided to return to base.  Instead of making a 180-degree right turn, away from the formations, the aircrafts made a turn to the left and flew head-on into the 301st Bomber Group formation which was also on the same mission.

All four of the B-17's were lost in this crash.

He was originally interred overseas and his remains were later repatriated here on January 13, 1950.

The reason he is named on a group headstone is because when soldier's were killed in close proximity to each other they were unable, at that time, to identify them separately and interred their remains together in one grave.

His brother, Sgt Benjamin R. Easterling, Jr., was also Killed In Action during the war.

Article in The State newspaper:

LT. EASTERLING IS MISSING IN ACTION
Florence  - News that Lieut. Herbert G. Easterling has been reported missing since January 11 over Greece has been received by relatives here from the war department.

The telegram was sent to B. R. Easterling, father of the flyer, with the statement that further details would be given as soon as available.

Lieutenant Easterling was a pilot of a B-17 and had been overseas since December, 1942. In August, 1942, he was married to Miss Frances Smith, daughter of Mr. and Mrs. C. Ray Smith of this city. 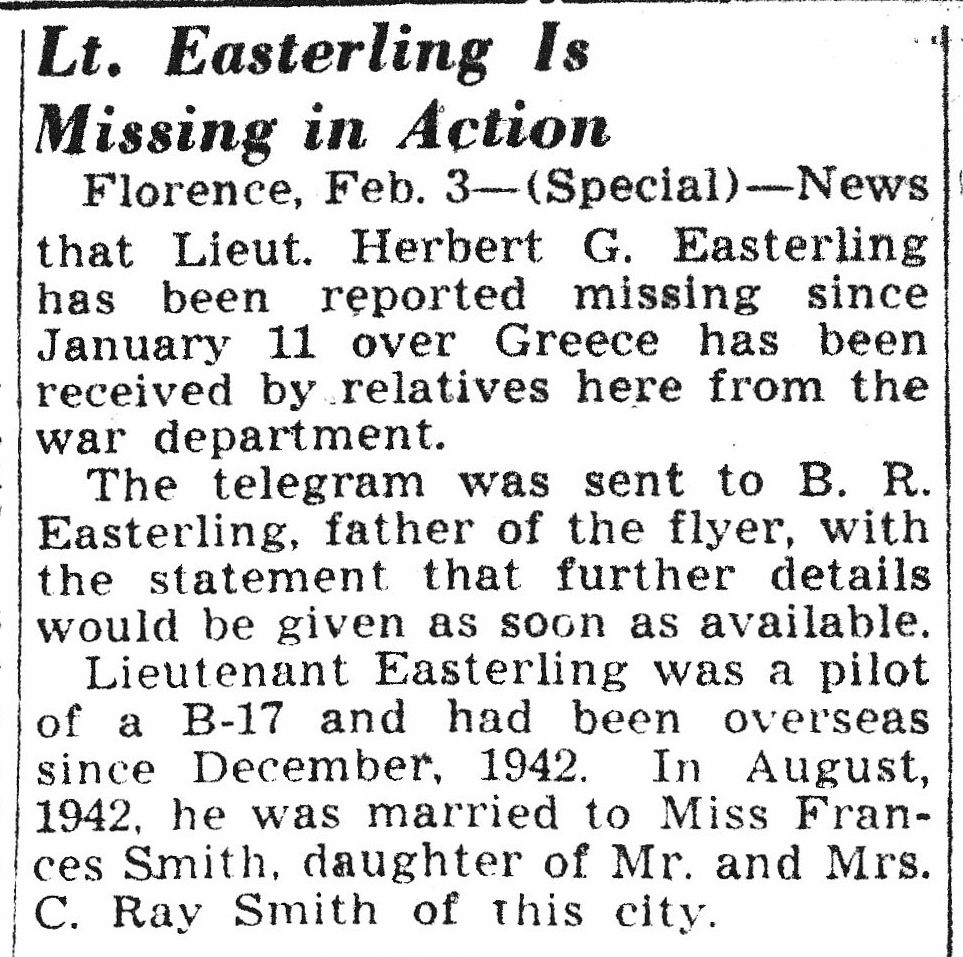 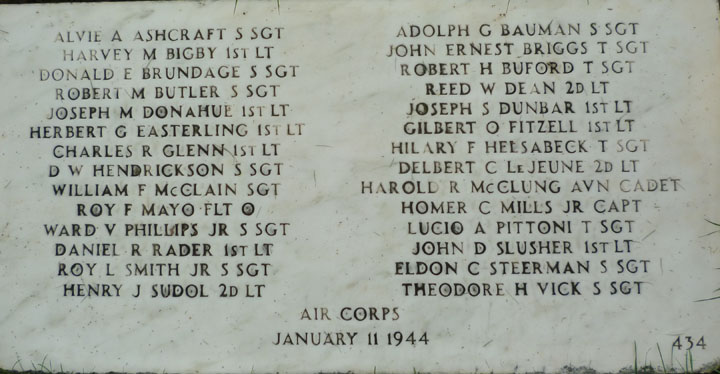 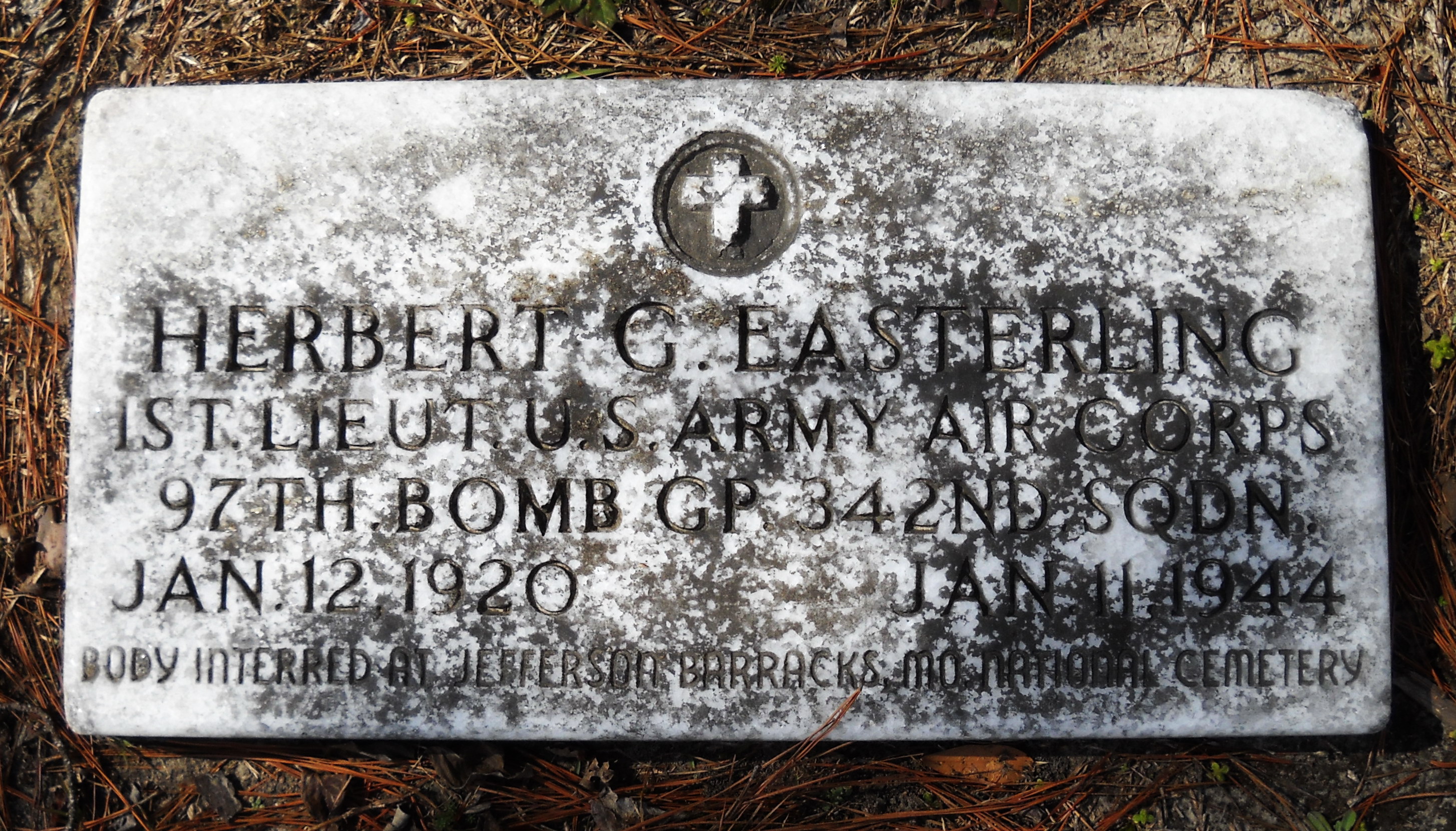