Sgt Grady Wise was a member of the 106th Infantry Division and was also a German POW in the same Stalag as Cpl Meisner.

Extracts from LEST WE FORGET Relating to Cpl. Meisner
By John P. Collins

Dec. 26 —- Tuesday –I have run into more men. Sgt. Rammer, Cpl. Meisner and was told SSgt Wilss and Calvert were in the column somewhere but I could not find them.  I did find Sgt. Brooks while looking for the others.  Lt. Coughlin is also in the column. Hope we all make it OK.

Dec. 27 and 28, – Still marching-nothing to eat but snow.  I am lucky, I still have some bread left.  I will probably be sorry but I gave one loaf away. Hammer and Meisner have dysentery.  So has many others.  That’s bad~ They also say their feet are frozen and I can relate to that.  Thank God for the blanket.  All of us think of home and our loved ones.  When I get home I am going to have that Christmas dinner that I am postponing.

Jan. 3, – Wed. – Cpl Meisner and Sgt Hammer are both in this car and they are very sick but nothing can be done.  I feed Meisner snow —— I know we should not use the snow but its either that or die of dehydration and thirst.

Jan 4,  – The train has started to move.  Just ‘before it started to move, they opened the door and took out the waste (overflowing.  Also, they gave us some type of barley watered down soup (Scilly).  They called it coffee.  I gave Meisner part of mine.  It perked him up.

Jan. 7,  – We arrived at Stalag IV-B which we are told is at Muhlberg, and I also found out that the one at Limberg was Stalag XII-A.  We arrived cold, hungry and sick.  We remained in barns (barracks) until we were deloused and bathed.  Sure felt good and you feel that things are looking up.  I lost contact with Sgt. Hammer and Cpl. Meisner.  I was told that one of them was shot in the leg during the strafing.

Jan. 8, – Monday – I have looked for Meisner but so far to no avail.  Neither do I know the whereabouts of Hammer.

April 20, – Friday – We arrived at a British tent camp at 1830 and were immediately fed.  Later, we heard the British band and ate some more. I  ran into Sgt. Hammer for a few minutes but the DDT was getting to us and we were moving out so we did not get to say much.

At the English camp where I met Sgt. Hammer, I was told that Cpl. Meisner had died from wounds caused by strafing.  I believe it was Sgt Hammer who told me.

For entire text search for Meisner at – https://www.indianamilitary.org/106ID/SoThinkMenu/106thSTART.htm 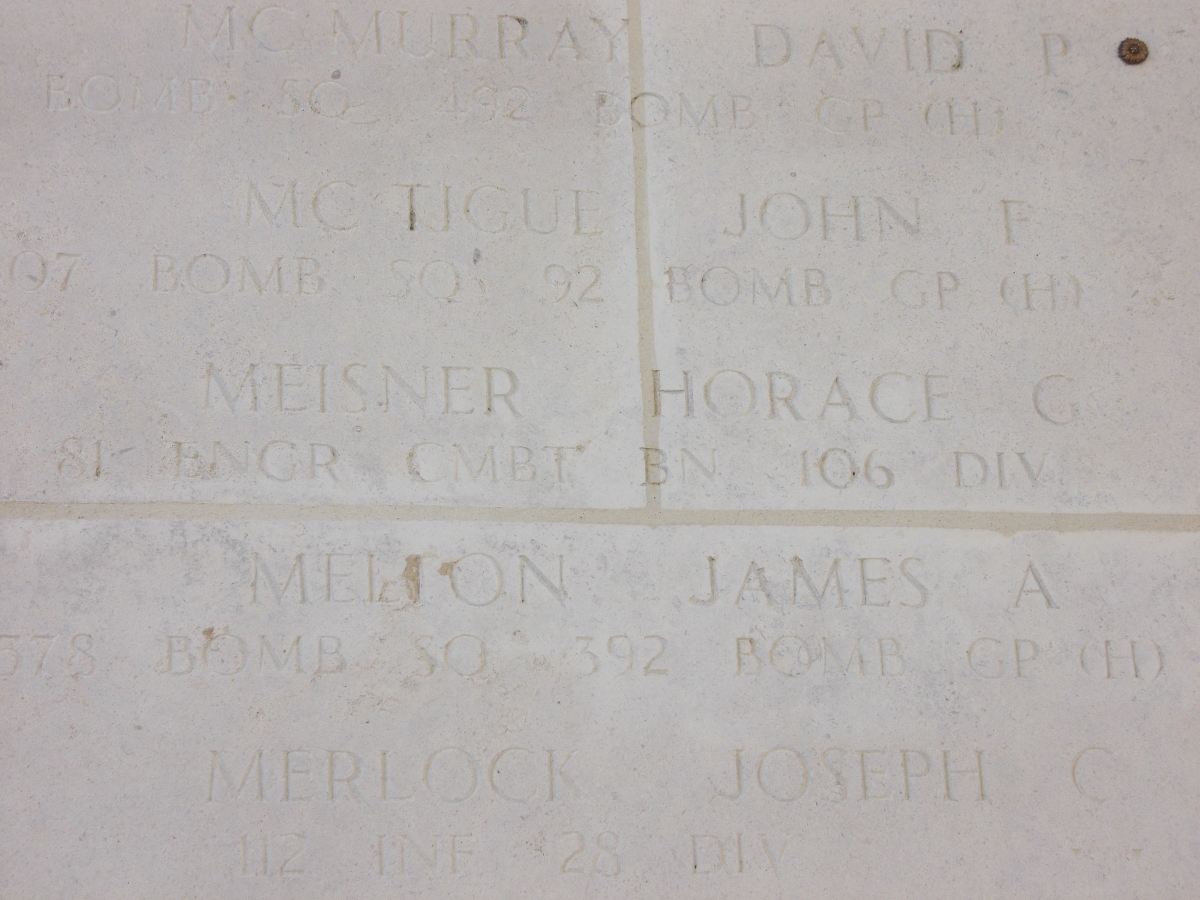