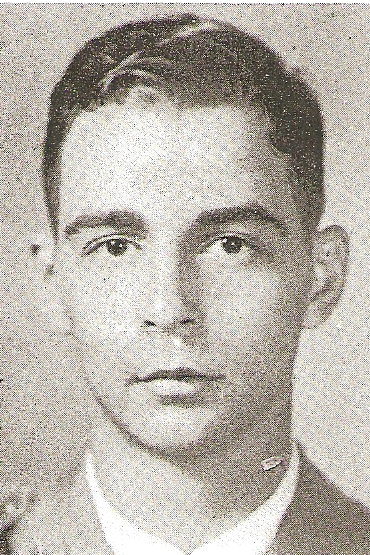 Silver Star citation - (HQ, 4th Infantry Division, G.O. No. 62 1944);
First Lieutenant James M. Harris, 0327076, Inf, for gallantry in action against an enemy of the United States in France,from 6 June to 19 June 1944.  The initiative and courage displayed by this officer reflects great credit upon himself and the armed forces of the United States.  Entered the military service from South Carolina.

Activities of the 4th Infantry Division around the time of Lt Harris’ death: Chosen as the spearhead amphibious division of the D-Day landing on the Normandy coast of France, the men of the 4th Infantry Division stormed ashore at H-Hour (0630 hours) on a stretch of the French coast named – for this operation and forever after – Utah Beach.  After their successful D-day landing, the men of the Ivy division fought through the hedgerows of the Cotentin Peninsula en route to taking the critically important port of Cherbourg on June 25, 1944.  The division was in continuous action during the period of June 6 to June 28 when the last resistance around Cherbourg was eliminated.  During this period, the 4th Infantry Division sustained over 5,450 casualties and had over 800 men killed. Source- https://www.wartimepress.com/archives.asp?TID=004%204th%20Infantry%20Division&MID=Infantry%20Divisions&q=123&FID=89 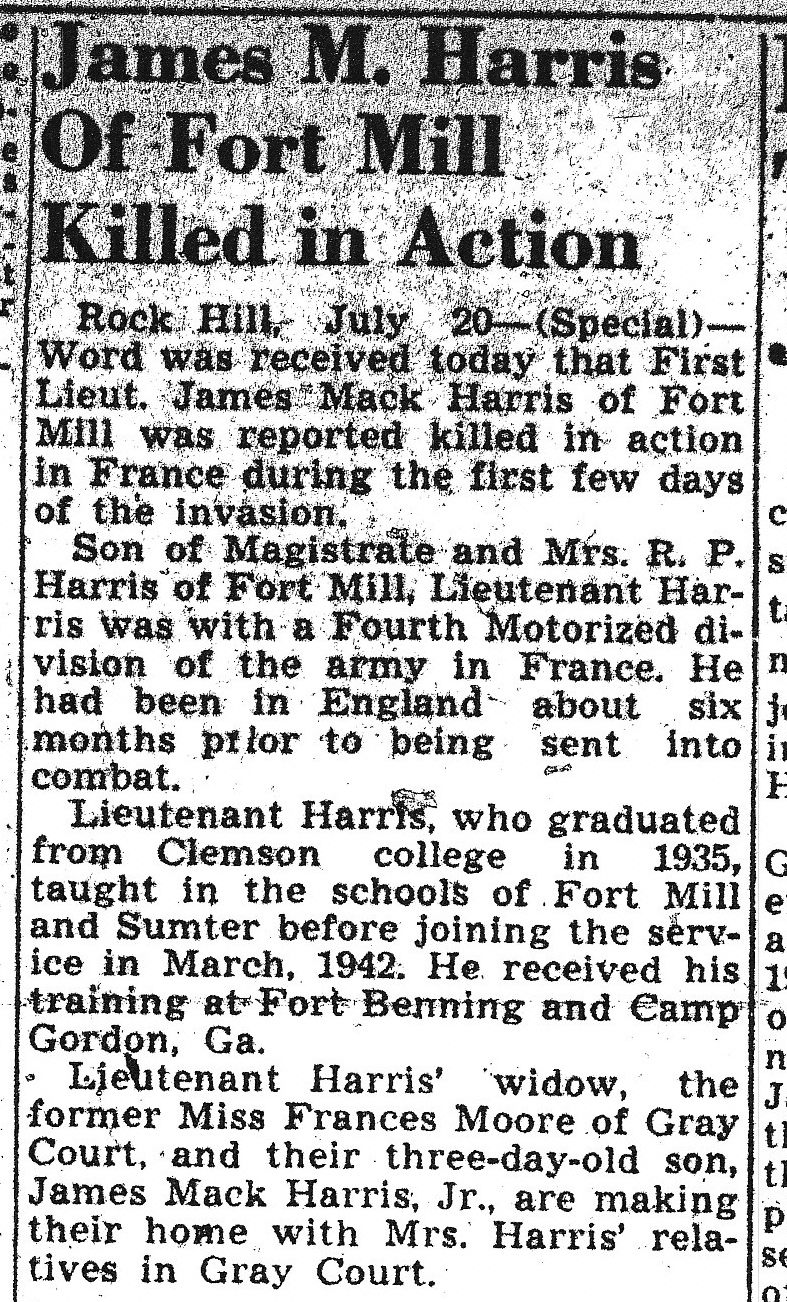 The State 7/20/1944 The newspaper article refers to the 4th Motorized Division.  However, Bob Babcock, the 4th Infantry Division Historian says it was neither motorized or mechanized.  Early in WWII, the 4th ID was an experimental motorized unit, being tested to counter the German motorized units.  There wasn't enough shipping capability to get all their motorized equipment to North Africa in 1943, so the experiment was dropped and the 4th ID reverted to a straight Infantry unit in the summer of 1943, started amphibious training in fall of 1943, then went to England and spearheaded the D-Day landing on Utah Beach on 6 June 1944. Submitted by Bob Babcock, 4th Infantry  Division Historian 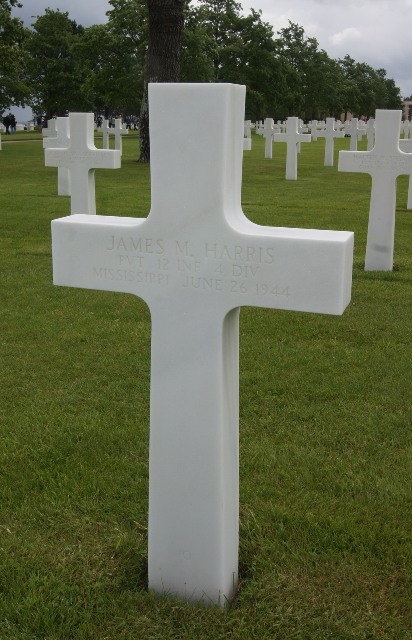 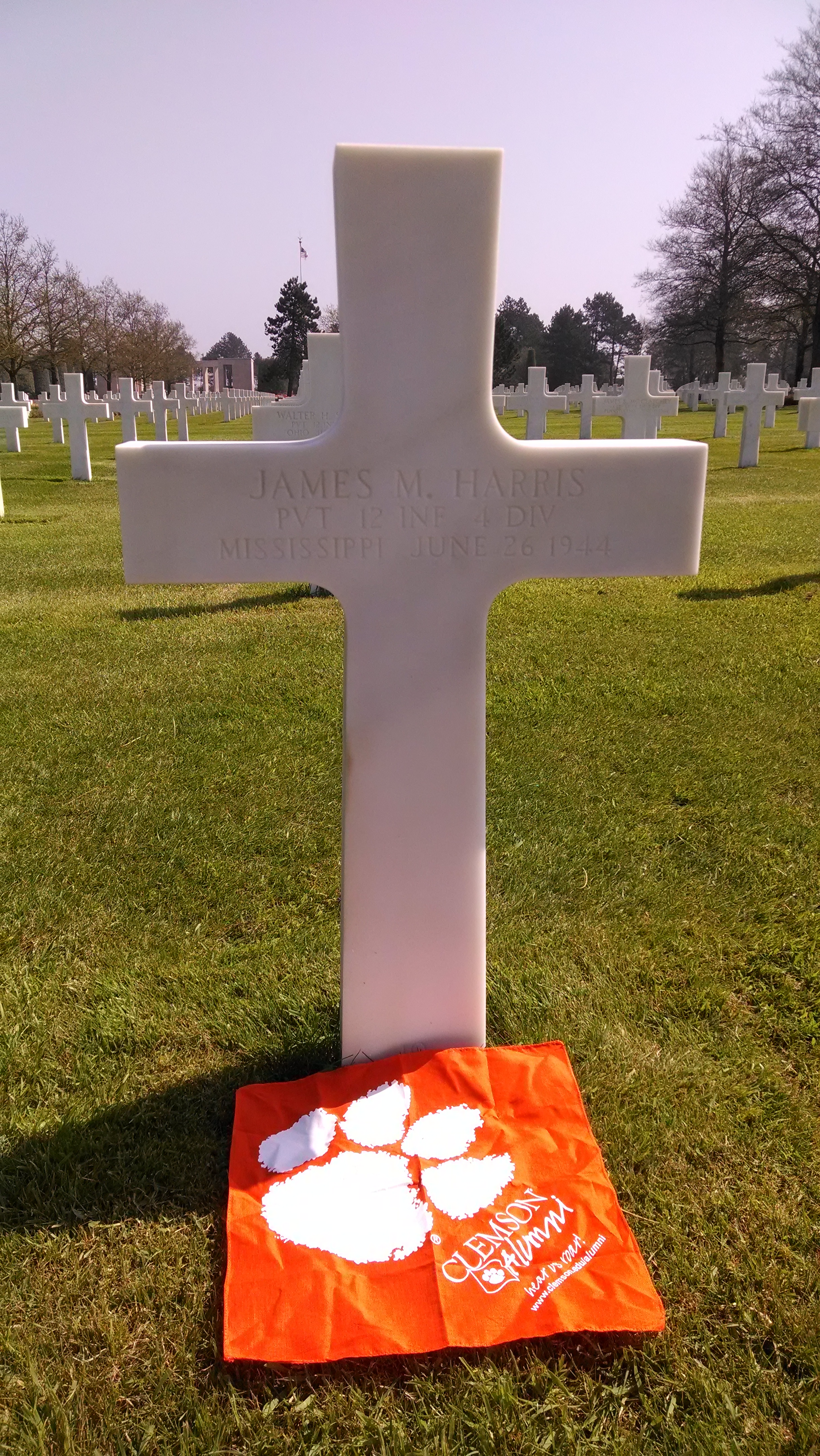 Vignette in The Echo written by Kelly Durham – Across the Beach