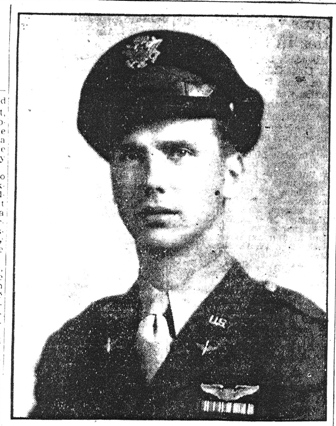 His obitury appears in The Spartanburg Hearld Obituary Section on, Sep. 28, 1948, on page 2.
The body of Lt. JASON S. GREER, who was was killed in an airplane crash in the Aleutians on Sep. 21, 1943, will arrive here Tuesday, with graveside services set for 4 p.m. in Grace Methodist Church Cemetery.  The Rev. F. M. WARDEN and Rev. D. A. CLYBURN will officiate, and full military rites will be observed.  Honorary escorts will be members of the American Legion and the Veterans of Foreign Wars.  Pallbearers will be the following members of the National Guard and Officers Reserve Corps; Lt. Col. SIDNEY CARPENTER, Lt. Col. NORRIS FOWLER, Lt. Col. FRED JEFFERIES, Major RALPH PHILLIPS, Capt. SAM TURNER and Lt. JOE DAMIS.  Lt. GREER entered the service in 1941, and received his flight training at Oxnard and Mercede, California.  He received his wings Aug. 27, 1942, and went to the Aleutians after serving at Luke Field, Phoenix, Arizona, and San Rafael, California.  He was the son of the late Mr. and Mrs. J. BYERS GREER.  Survivors include his wife, Mrs. MARGARET RUSSELL GREER, formerly of Zilla, Washington; 3 sisters; Mrs. WALLACE CULP of Union; Mrs. F. M. JOYE of Columbia and Mrs. R. J. THOMAS of Carlisle; two brothers; JOHN W. GREER of Union and WILLIAM B. GREER of Columbia.  Edgar-Brown-Bailey Funeral Home is in charge of arrangements.

Aircraft Accident Report – 1LT Greer was assigned to the 15th Tow Target Squadron, 11th Fighter Command, 11th Air Force in Alaska.  On 21 September 1943, he was assigned as the pilot of an RB-34A  (41-38072) Lockheed Ventura for a ferry flight from Adak to Shemya.
The flight departed from the main bomber airstrip at 1707 hours.  Immediately after takeoff, the left engine began to miss and caught fire.  Greer made a 180 degree turn to the right and contacted the tower for an emergency landing.  The tower cleared him to land, but he told the tower he could not make it back to the strip.  With the left engine completely dead and the wing engulfed in flame, Greer attempted to set the aircraft down on land and avoid dropping off a sheer bluff into the ocean.  The aircraft crashed and burned, killing Greer, his co-pilot Richard Scott and crew members Pat Purcely, Paul Costaney, Leon Lindsey and Stephen D’Amato.  The cause of the crash was determined to be a failure of the left engine caused by a faulty carburetor.