B-26 Marauder, #40-1473, of the 33rd Squadron, 22nd Bomb Group crashed and exploded after takeoff at Garbutt Airfield in Townsville (Australia) on 21 April 1942.  The following members were killed: Crew List:


They were all initially buried in the US Military Cemetery, Townsville.

Lieut. Joe H. Meadors, Jr., son of Mr. and Mrs. J. H. Meadors, was killed somewhere in the Far East on April 21.  News of the death of Lieut. Meadors came to his parents Tuesday in a message from the War Department.  The telegram from the War Department gave no details except that Lieut. Meadors was killed in an airplane accident and expressed commendation for the young flyer and sympathy for his parents.  It stated that a letter was following which would give further details.

Lieut. Meadors graduated from the Dillon High School and entered Clemson College where he graduated with a S. S. degree in the class of 1935.  He received an appointment in the U.S. Army Air Corps as an instructor in one of the tactical units.  Last November he entered the Bombardment Training School at Barksdale Field, Ala and following his appointment as a cadet he was transferred to Love Field, Dallas, Texas for primary training and upon completion of his course at Love Field he was assigned to active duty in the Army Air Corps.  How long Lieut. Meadors had been in the Far East is not known, as it is not the policy of the War Department to give out information in regard to assignments to active duty.

Resolutions of Commendation and Sympathy – The following resolutions of sympathy and commendation were adopted by the local unit of the S. C. Defense Force at its meeting Tuesday night:

Company Orders – No. 19  It is with deep regret that I announce to the members of this command that notification was received today of the death of 2nd Lieut. Joe H. Meadors, who was killed in an airplane accident in the Far Eastern Theater of War in the discharge of his duty. 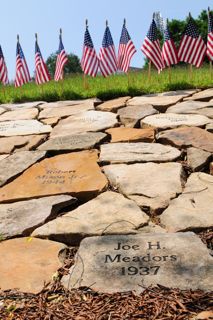