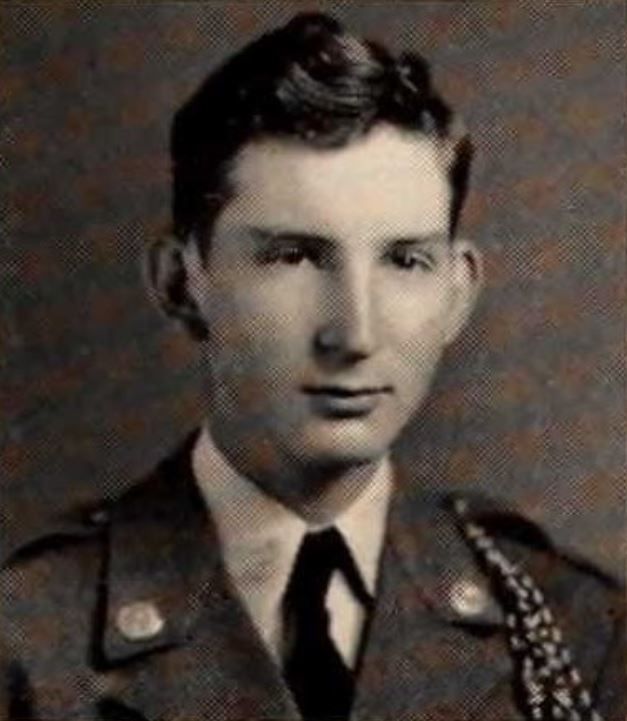 Narrative or eye witness statements
2nd Lt. Folsom’s aircraft was hit by AAGF in the target area (a jet engine factory) at 1240 10 miles southeast of Brandenburg causing the second engine or left wing caught on fire.  6-8 parachutes were sighted.  One man was seen falling without a parachute after it had gotten snagged on left wing of A/C (Cpt. Gerald H. Galligan, A.C.)
Folsom was in the aircraft when it struck the ground.  His last conversation was: “ Stick with it- we’ll be okay.”  Lt. Folsom seemed reluctant to face the fact that ship must be abandoned and was fumbling with chest back type chute and did not bail out like 4 other crew members.  (2nd LT. Frost, Vincent) 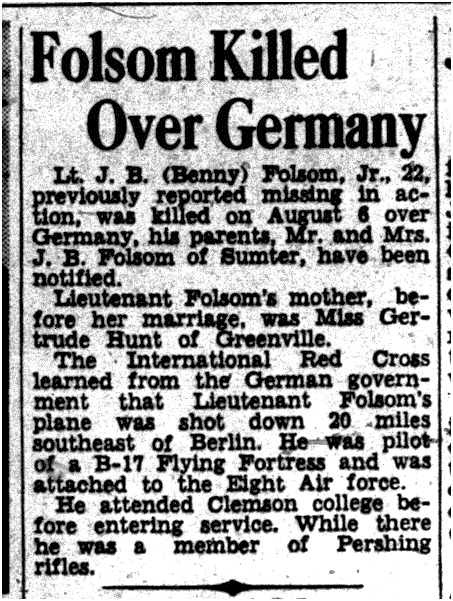 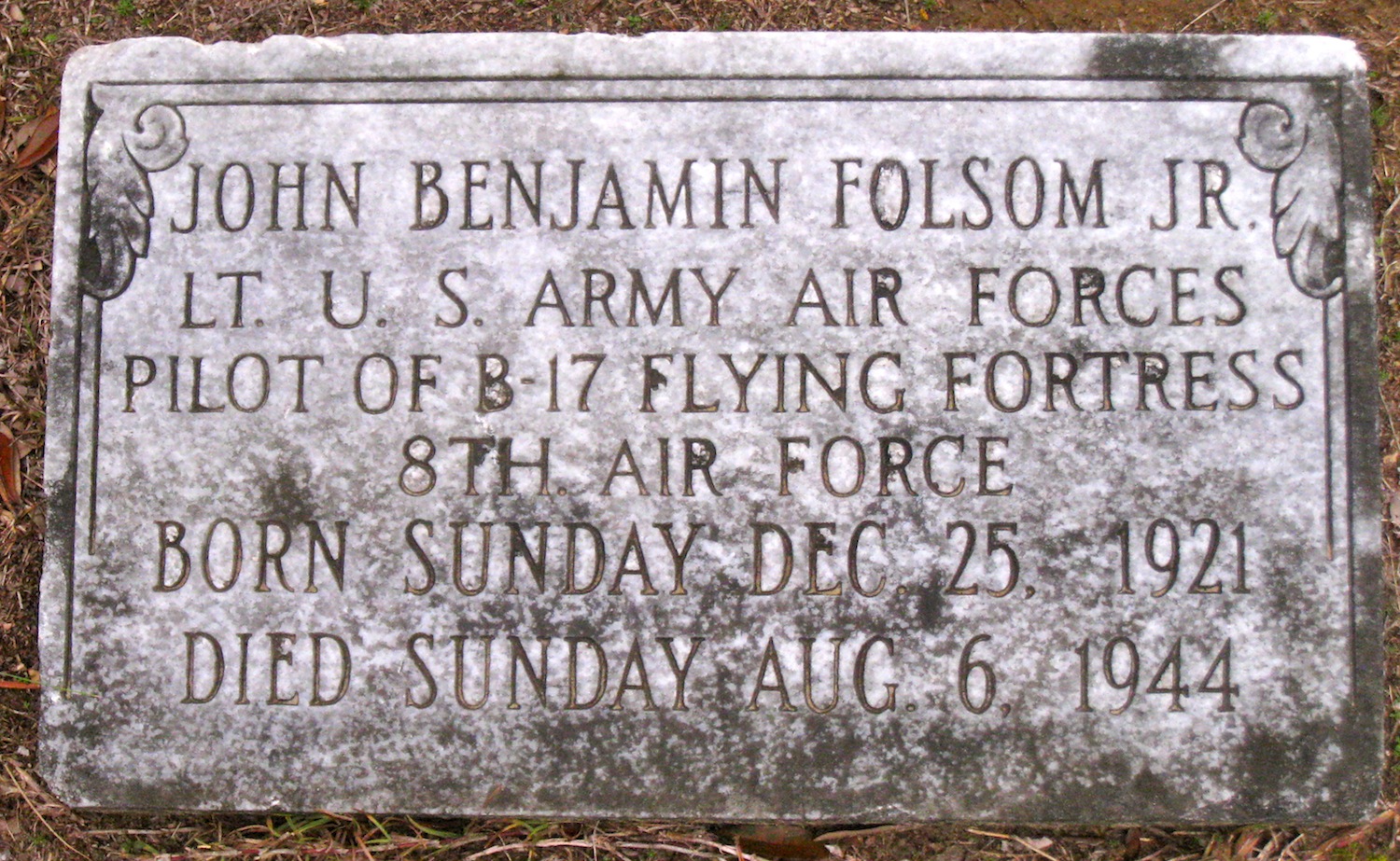 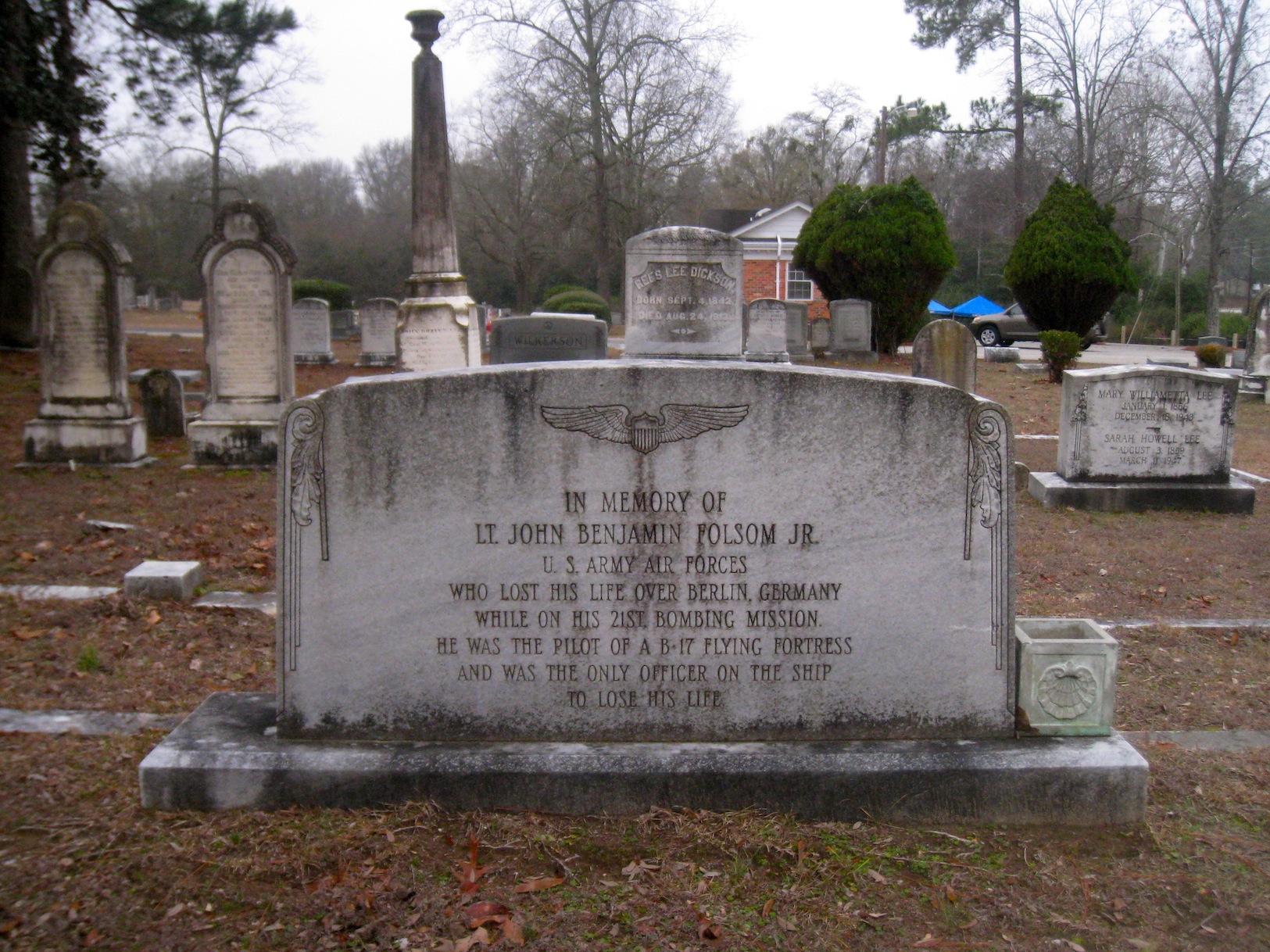 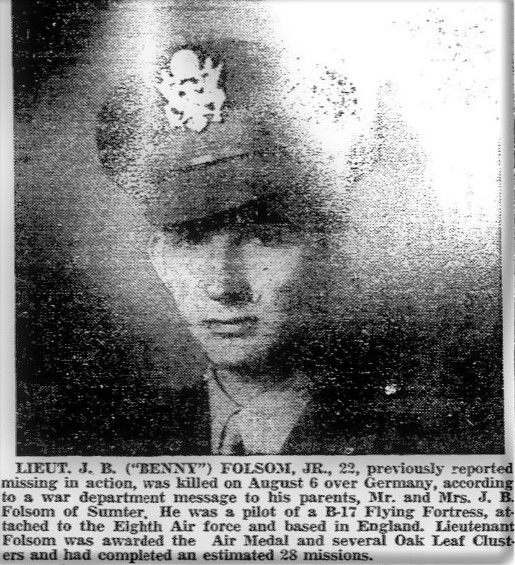