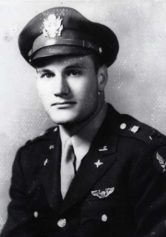 On December 2, 1944, pilot John B. Dickson's crew (B-24H # 42-51100, nicknamed "Tiger," assigned to the 706th Bomb Squadron) was scheduled as part of a raid on the railway facilities at Bingen, Germany.  The weather was cloudy, forcing the lower squadrons to fly through cloud banks.  The target was reached and bombed through the clouds, with unknown results.  On the withdrawal from target movement, no flak or fighters were seen.  Two B-24s fell behind the formation and disappeared into the clouds.  Neither was seen again, and neither returned home...It is speculated that Dickson's B-24 collided with B-24H # 42-95105, named "She's Mine," piloted by John E. Ilstad.  Missing Air Crew Report 11054 was issued.

Served as a command pilot on B-24 Aircraft in the 8th Air Force, 446th Bomb Group, 706th Bomb Squadron, which was based at Bungay, England.  He and the rest of the crew went missing in action, presumed killed in action on December 2, 1944 while attacking the Bingen, Germany Railroad Yards.
– Milton Willis, a Clemson College graduate, was Lt. Dixon’s Commanding Officer.
– The crew had completed five combat missions prior the crash.
Submitted by: James R. Vann, Nephew of Crew Member Cpl. Alfred Faulk
Missing Air Crew Report# 11054; B-24 AC/SN42-51100 ‘Tiger”

Narrative:
Weather conditions during this mission were such that some of the ships in the formation necessarily had to fly in the upper and lower cloud banks.  This alone contributed to the hazardous flying, and at some time during the flight this aircraft slipped away from the formation – cause, time and place remaining unknown.

Notes from the Mission Summary
36 plans were dispatched to attack the Bingen Marshaling Yard with unobserved results.  There was no flack or enemy fighter activity.  Lt Ilstad and Lt Dickson and their entire crews failed to return.  Their aircrafts were falling behind and diapered in the clouds.  Lt. Col Willis was the formation flight commander. 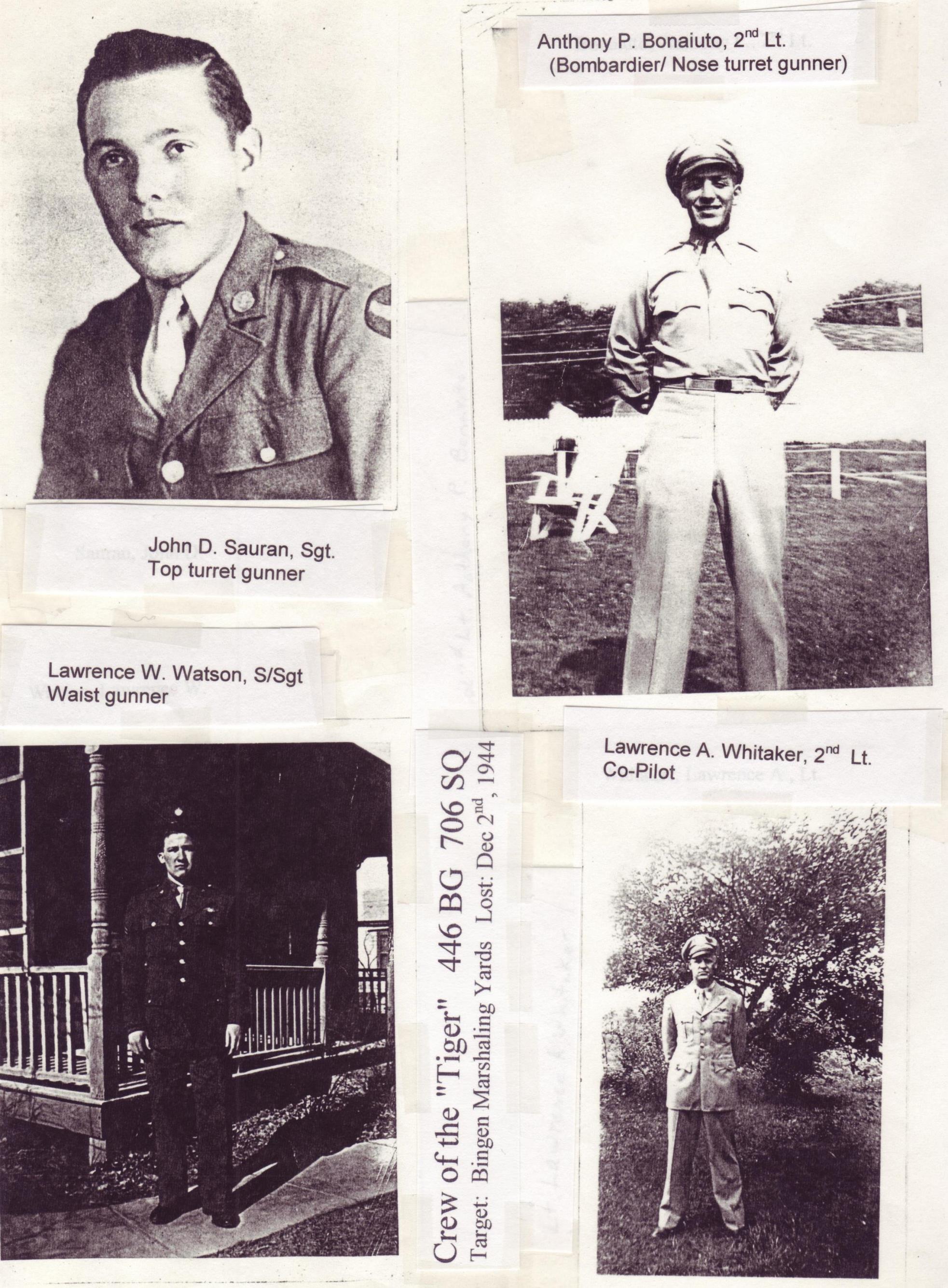 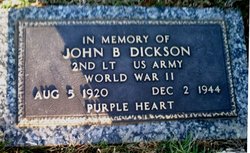 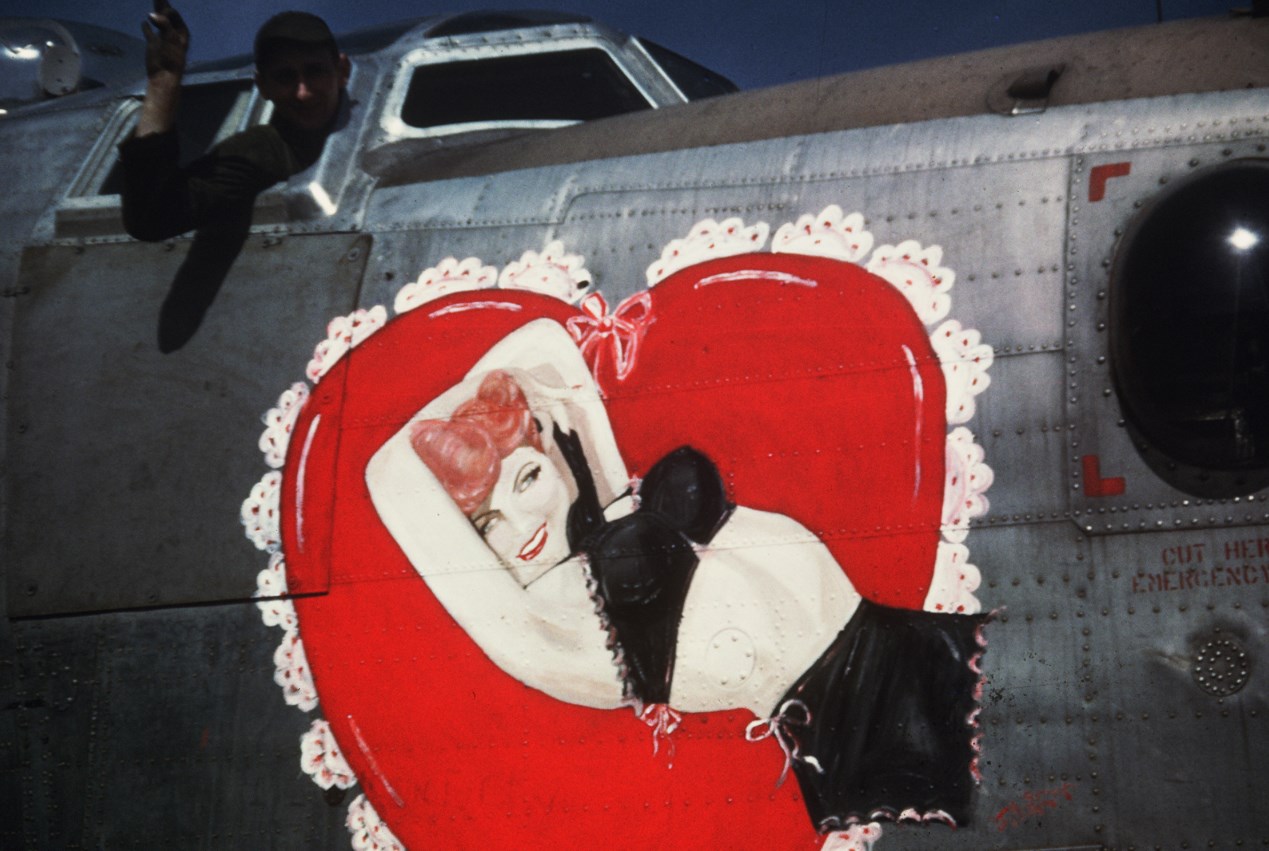 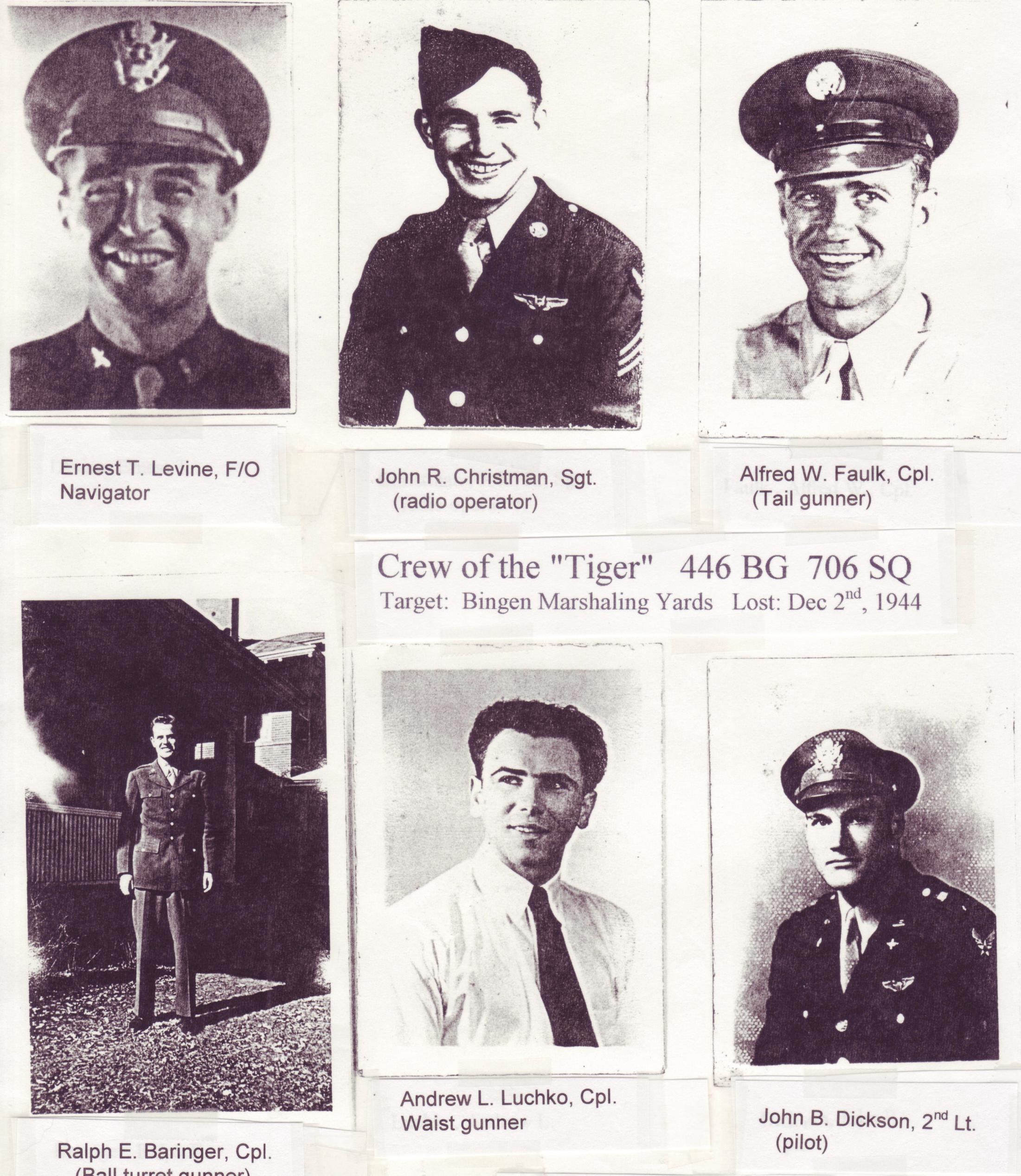