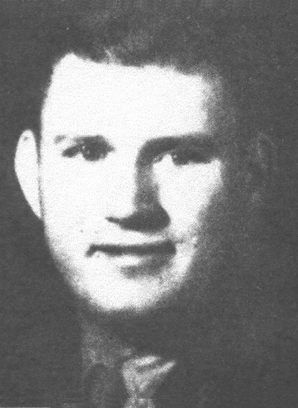 Born on October 17, 1914, John was the son of John C. and Alice Hubbard of Bennettsville, SC.  He graduated from the local high school and then attended Clemson College with the Class of 1939 but left after his freshman year to assume ownership and management of the local Nehi Bottling Plant in Bennettsville.

John was a member of the Junior Chamber of Commerce, the Methodist Church, and the Woodmen of the World.  He was one of the outstanding young business men of the community.  In his off hours, he took flying lessons from a local instructor, Buster Rowe.

Came the war, and he entered the service as a private on February 3, 1942.  He qualified for OCS and was made a 2nd Lieutenant.  He passed a test for pilot training and received his wings.  After several additional training assignments in the states, he was transferred to England in December, 1944.  Only a few weeks later, 2nd Lieutenant Hubbard was killed while taking off on a bombing mission.  His body was returned to the states, and he was interred in McCall Cemetery.

John was survived by his wife, their daughter Brenda Joyce Hubbard, and his parents, all of Bennettsville. 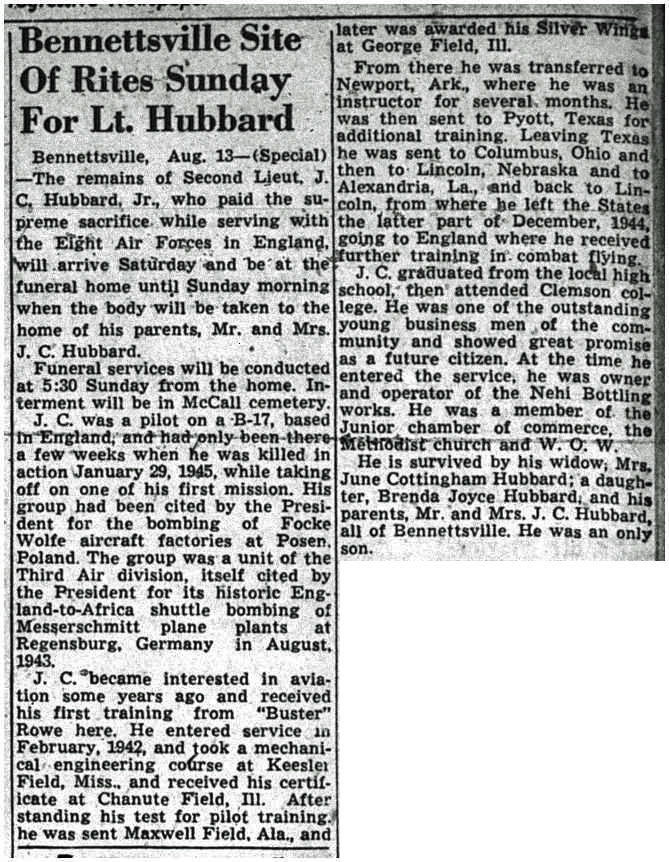