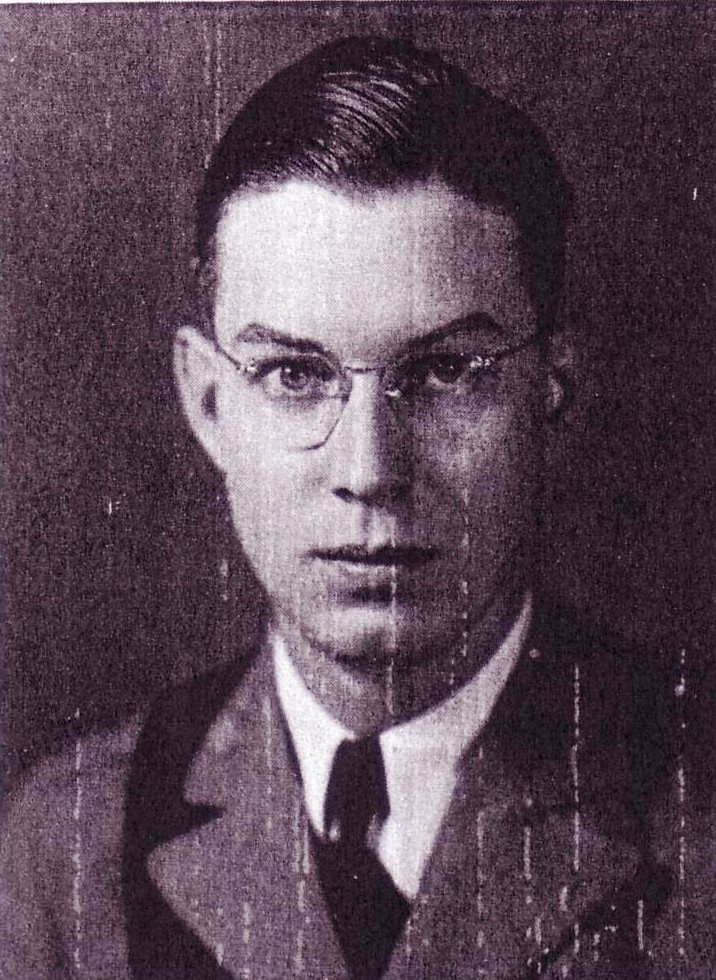 I remember him as Uncle "Mahatma", a nickname he acquired at Clemson.  When he came to visit it was "fun" time.  John was born on a small farm near Society Hill, South Carolina.  His father was an engineer, and they eventually moved to Niagara Falls, New York where John grew up.  John was motivated to return to the South and attend Clemson, by his concern for the plight of the poor Southern farmer.  In 1938, John received a degree in agronomy and was employed by the USDA Soil Conservation Service in Rock Hill, S.C.  He worked with southern farmers until he entered service in late 1942.  He had a wonderful sense of humor and was well thought of by his associates in the Soil Conservation Service Office.
My family was visiting his parents in Niagara Falls in December of 1943 when the casualty telegram was delivered.  I will never forget my uncle or that night.  His wife returned to Walhalla, where she worked at City Hall.  She never re-married and passed away in 1985.
Submitted by Robert S. Fant, USN Ret. - Class of 1960

Light machine gun and mortar specialist.  Company reconnaissance sergeant at the time of his death.  Sergeant Gandy was in charge of a machine gun team on a mountain side near the town of Pantana, Italy, near Monte Casino.  His position was hit by a mortar round, killing his team member instantly.  Sergeant Gandy received severe wounds to his abdomen, hip and ankle.  He was conscious and conversant as he was evacuated to the aid station at bottom of the mountain.  Two days later he died from his wounds. 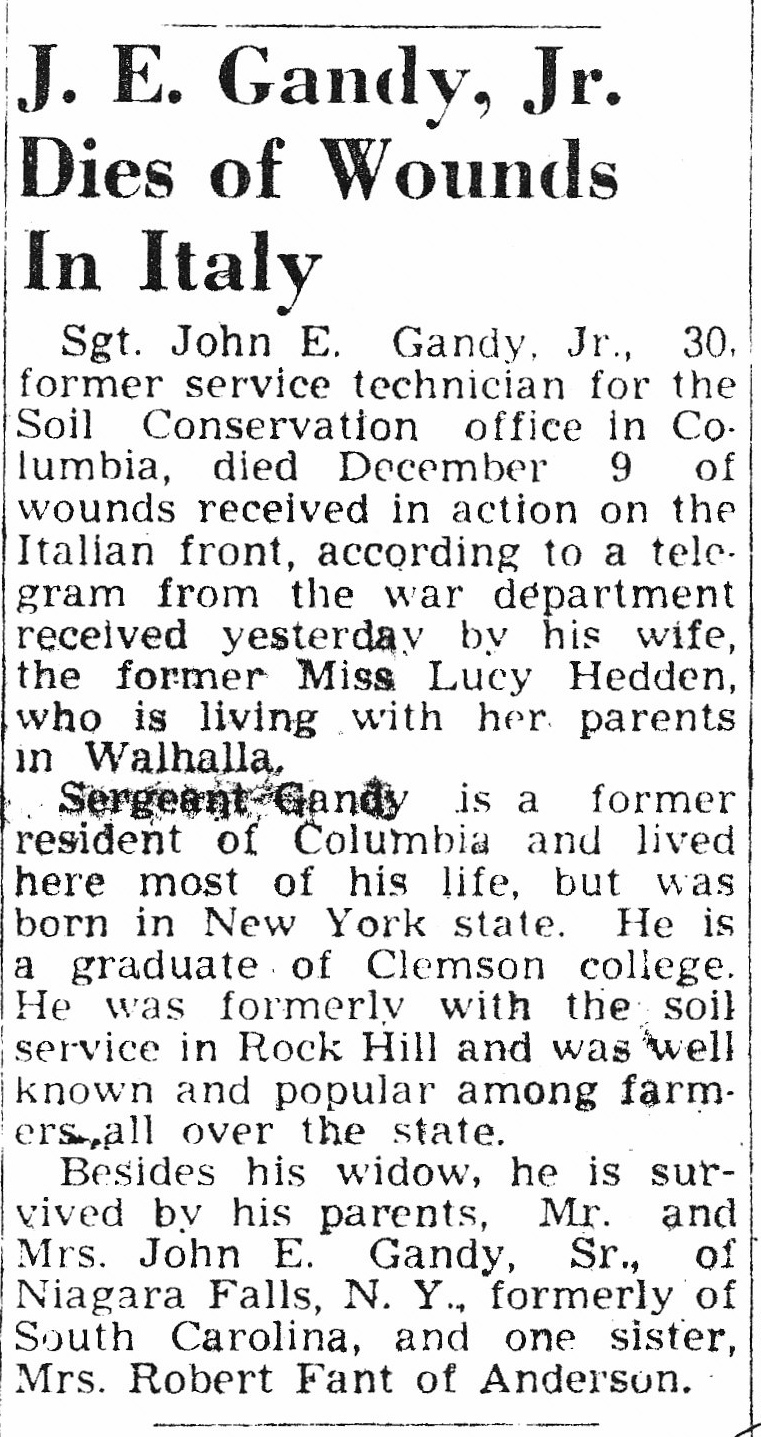 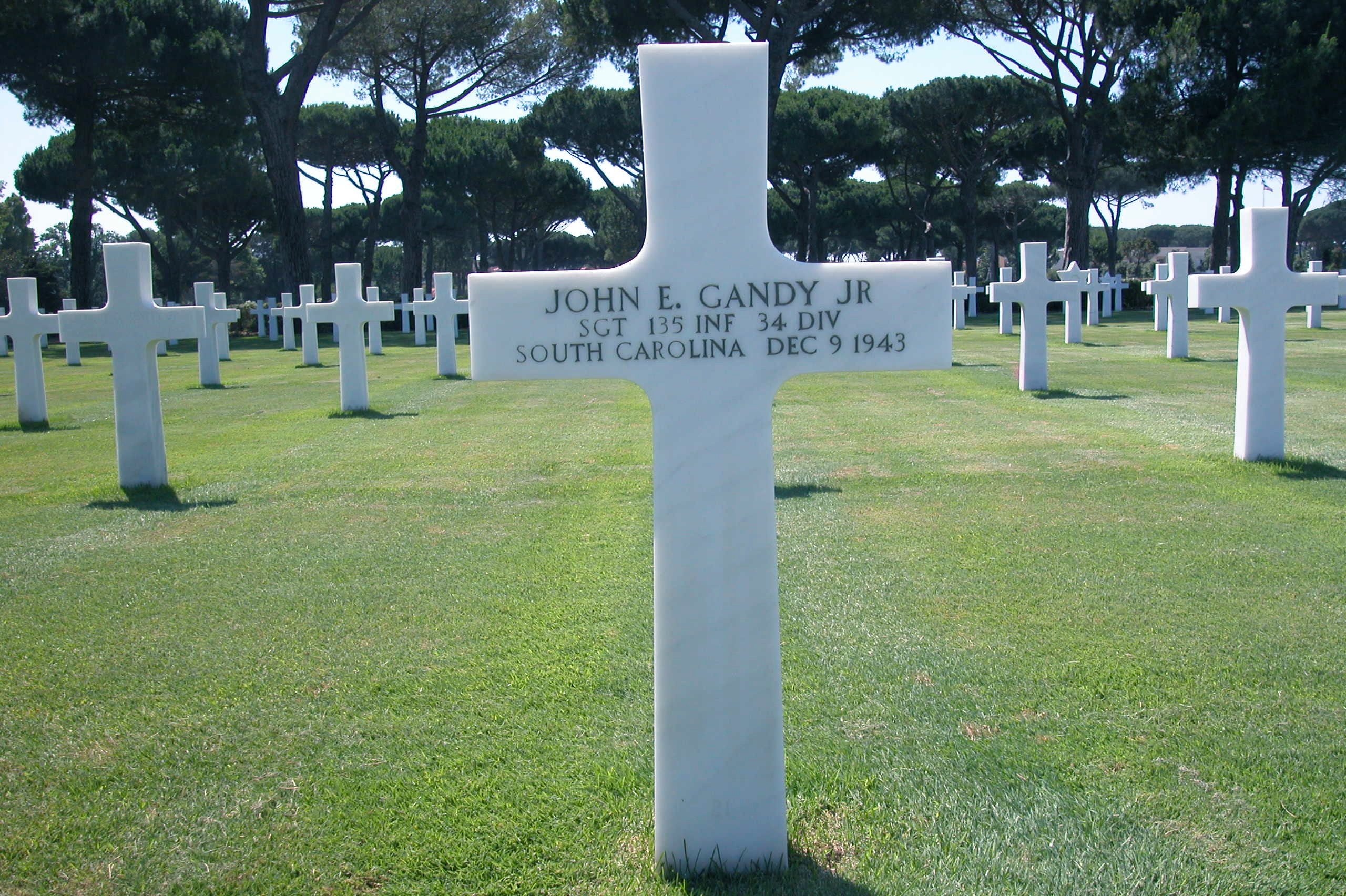 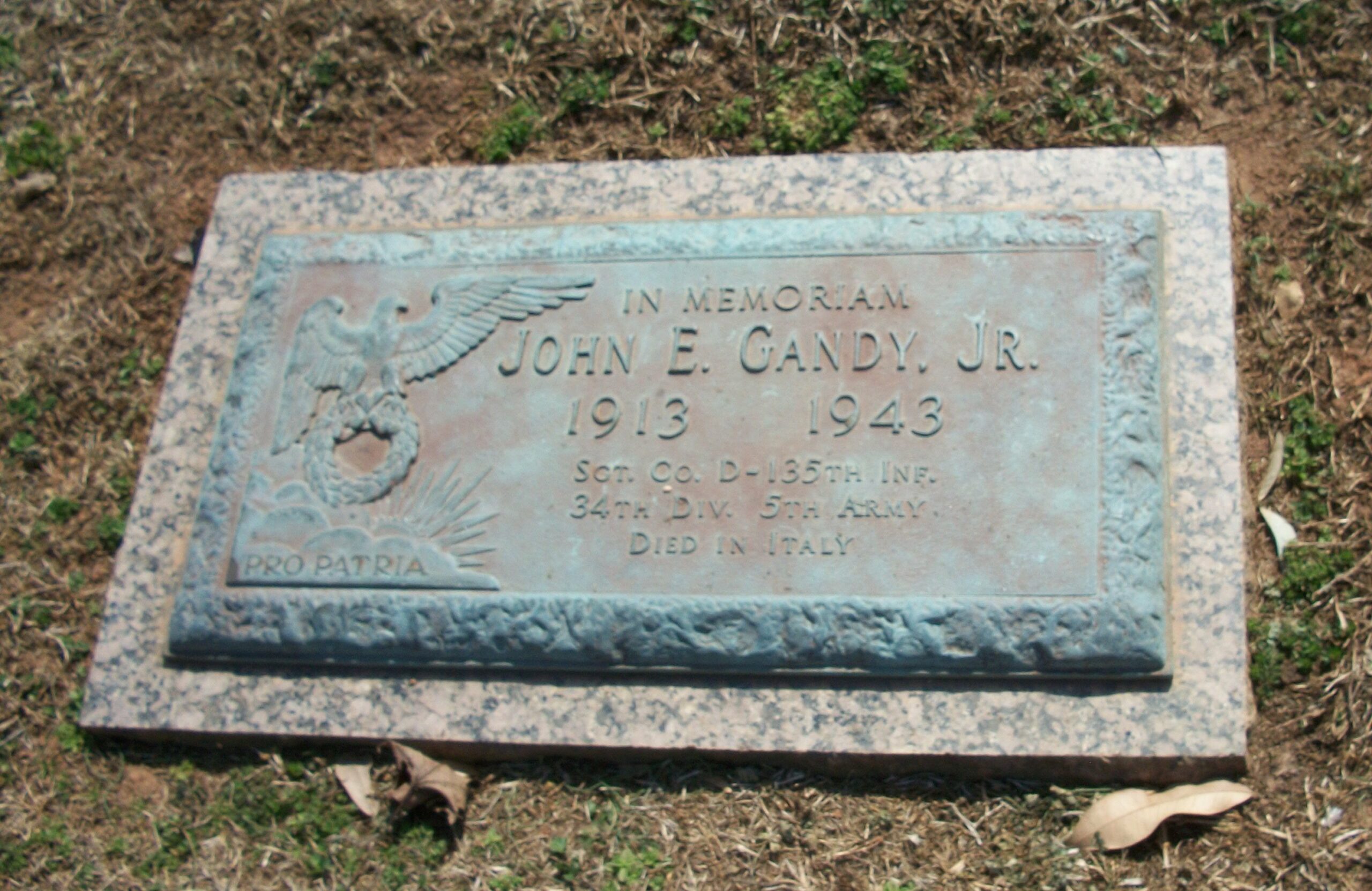