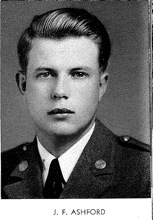 “John Forrest Ashford, born 25 September 1917, attended Clemson College and served in the Pacific during WWII, first as a paratrooper, transferred to the 32nd Infantry Division after making a parachute landing in the Markham Valley, New Guinea.  He was a First Lieutenant at the time he was killed on Luzon, PI on 21 March 1945.  He is buried in the American Cemetery in Manila PI.” 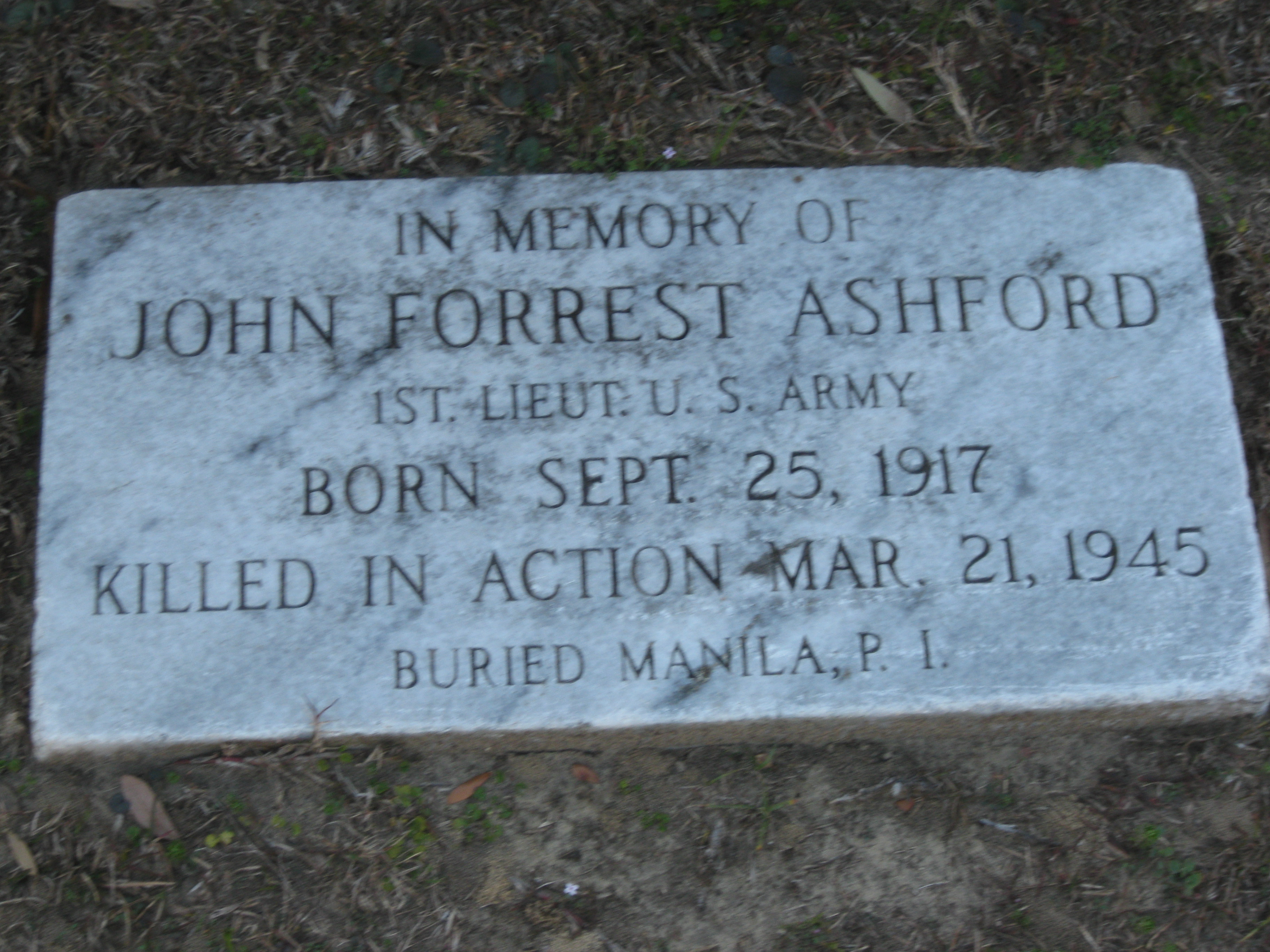 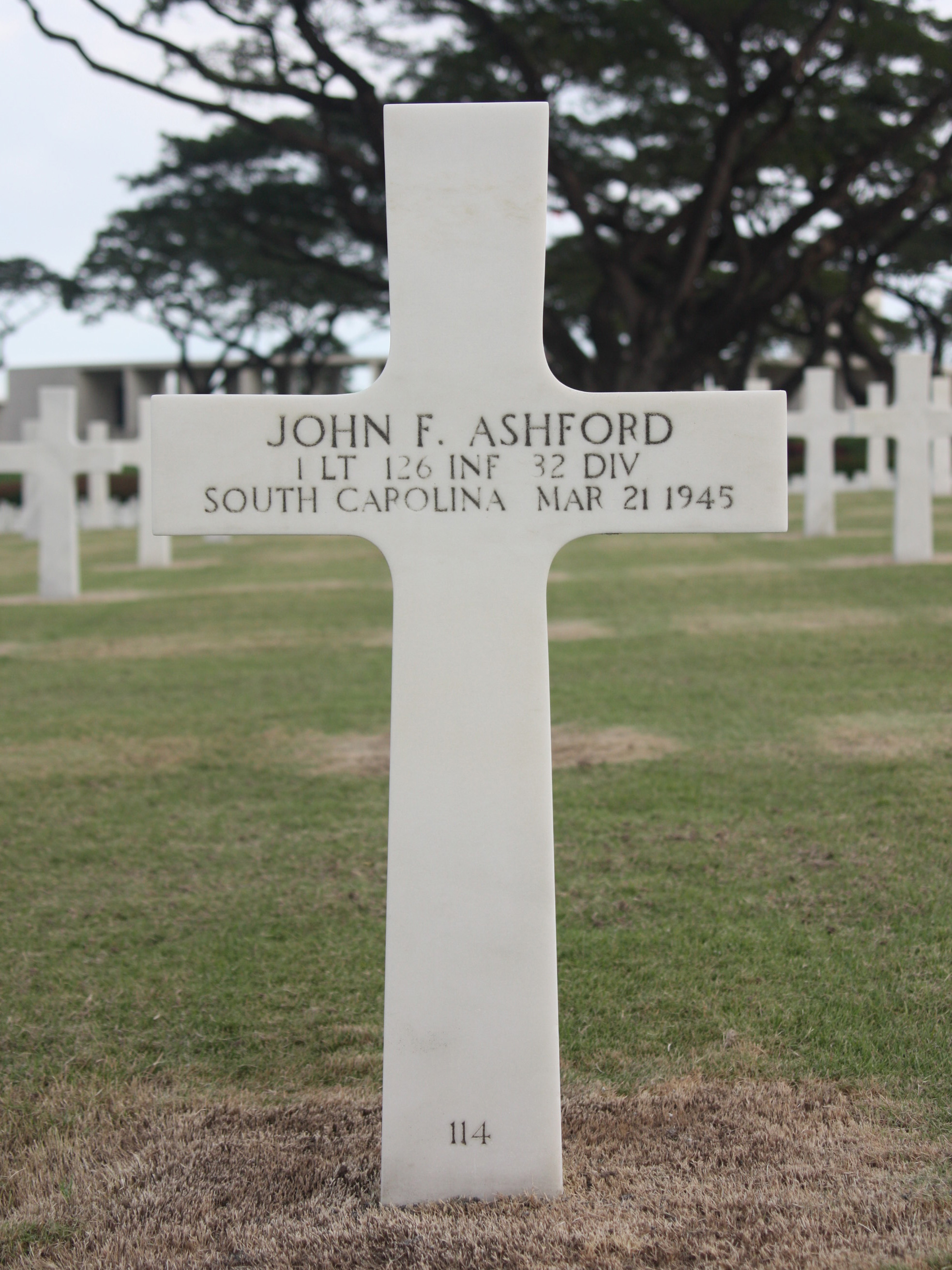