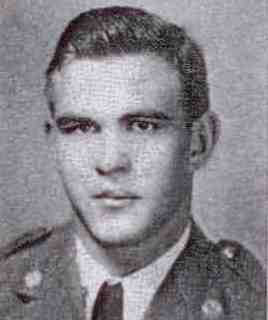 When the Army Specialized Training Program was discontinued in the early part of 1944, our entire class of ASTP students at Kansas University (now the Universityof Kansas) at Lawrence, Kansas was transferred to the 42nd Rainbow Division for combat training at Camp Gruber, Oklahoma.

I did not meet formally with LT Franklin.  As an officer, he was the Leader of a rifle platoon in Company G, 232nd Infantry Regiment.  I was a machine gunner, a private, in the 4th Platoon of the same Company.  My gun crew was never assigned to support LT Franklin's rifle squads, in training or in combat; therefore, the only knowledge I can relate concerning the LT is hearsay from other enlisted men, namely that "he was the most liked and probably the most capable officer in Company G".

We travelled overseas on a Liberty Ship from Camp Kilmer, New Jersey (now closed), and landed at Marseille, France, late November or early December 1944.  Our mission, in late December, was to occupy and defend the area west of the Rhine River in and around Strasbourg, France.  We saw only light action until the morning of January 5th when the Germans crossed the Rhine during the onslaught of their "Operation ordwind".  My machine gun squad and one or two squads of riflemen were assigned to the Village of Offendorf.  I have no knowledge of the location of LT Franklin, but did learn of his being killed during a one-car jeep accident.

The infantry segments of the Rainbow Division arrived in Europe well ahead of the heavy weapons companies and Company G was spread over several miles along the Rhine River.  A smattering of riflemen and light machine guns were no match against hordes of German infantry, supported by heavy mortars and tanks mounted with 88mm cannons, and at the end of the first day of heavy combat, our little group surrendered.  A similar situation was undoubtedly experienced by most of the rest of the members of Company G.

My last prison camp was Stalag 5A, along the Elbe River about 40 kilometers south of Dresden.  We vacated the Stalag on May 5, 1945, and after a month of wandering around in the Russian occupied zone, my good friend and fellow machine gunner, Byron Hardin and I reached the American lines west of Leipzig in early June.  I was able to arrive home on July 4th.. 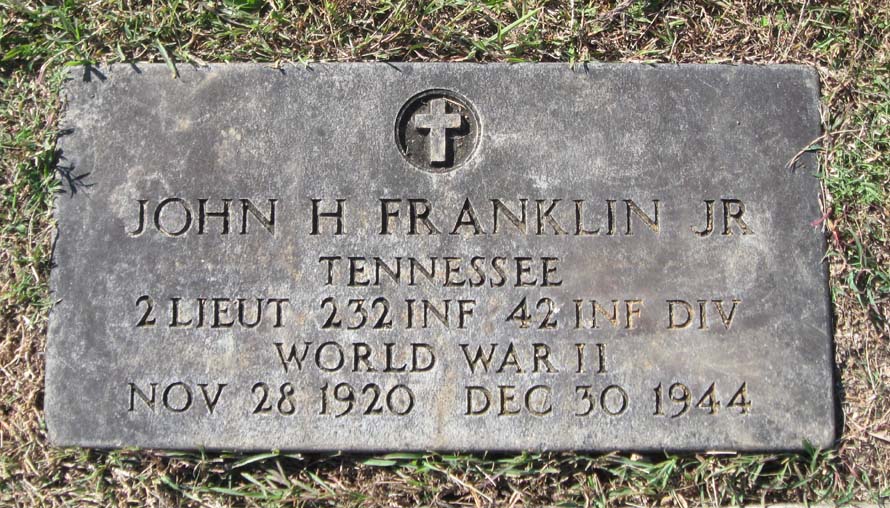