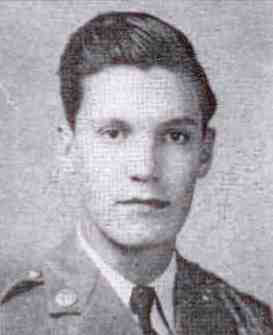 Flying at 18,000 feet, en-route to target in Germany, position approximately 30 miles west of Island of Vis, Yugoslavia, a violent shudder started in the rudder control system.  After turning off the A-5 pilot the rudder controls continued in the violent shudder.  Applied pressure by the pilot and co-pilot had no effect on the shudder.  At this point the co-pilot reduced power, left the formation and ordered the crew to standby to abandon ship.  Attempt was made to set up the A-5 by the pilot while the co-pilot notified the formation on command and VHF that it might be necessary to abandon ship.  The pilots attempt to hold the plane on A-5 was only partially successful.  To a very short time, when the plane insisted on turning a slow spiral to the left.  At this point the co-pilot left the flight deck and proceeded to the  waist to look over the situation.  Upon arriving at the left waist window the plane rolled over in a very steep turn, out of control, starting to spin.  The four men in the waist bailed out.  In the second spiral down the ship came directly under co-pilot who was falling free and at this point the rudder or horizontal stabilizer left eh ship and flew past the co-pilot.  The ship continued in a slow spin until crashing.  The co-pilot counted 9 chutes plus his own.  The co-pilot was in the water 1015.  At 114C two spitfires arrive and one B-17.  No aircraft were observed prior to this.  The Cat boat picked up two men, then the co-pilot and another.  While taxiing toward an island the fifth man was picked up who was almost dead.  He was revived by the flight surgeon with the aid of oxygen.  At 1315 hours the Cat boat had picked up five men and the ASR launch signaled that they had picked up two.  The Catalina boat then taxied for three hours to the lee side of an island and attempted a water take-off.  After hitting the third or fourth large swell after the ship was partially airborne, it crashed and started to sink.  The Catalina crew of seven and five rescued men abandoned ship in two rubber life boats.  Were picked up a short time later by the Air Sea Rescue cutter who had picked up tow men of the crew.  The Catalina boat was sunk by gunfire and the ASR launch proceeded to Vis, arriving there shortly after 1000.  The Cat crew and the rescued men spent the night on Vis and were all returned to Foggia the following day except for one man who was to be returned to the 26th General hospital in ?ari.