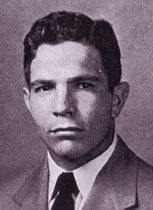 "John was an outstanding leader, even in Augusta Richmond Academy High School where he won a football scholarship to Clemson.  He adapted to Clemson’s cadet life, becoming a Lieutenant Colonel and Battalion Commander.  He was a member of many campus activities including The Senior Council.  He was a standout football player and he succeeded as President of his Senior Class at mid-year.  Childress made “Who’s Who Among America’s Colleges and Universities” his senior year.

At graduation he was commissioned and sent to Korea as a tank officer.  He was killed by a North Korean sniper when his platoon had overrun an enemy position and John was directing his men from his own tank turret.  He was a fearless tank soldier and a valiant American."
- William Laffoday, Class of 1951, Charlotte, NC

I played football with John in 1946.  He played end and was a very good player, a lot better than I.
- Richard Sublette, Florida

Lt. Childress graduated from Clemson College in June, 1951, and went into service shortly thereafter.  He trained at Ft. Knox, Ky. and Camp Irwin Calif.  Prior to going overseas approximately three months ago he was serving with a tank battalion.

The young soldier’s death was made know to his parents via a War Department telegram dispatched on June 26 but neither the exact date nor the circumstances surrounding his death was revealed.

While at Clemson Lt. Childress was a member of the football squad.  He was well-known in Augusta.  Mrs. Childress resides here with her mother on Wrightsboro road.
Source Augusta Chronicle -7/3/1952 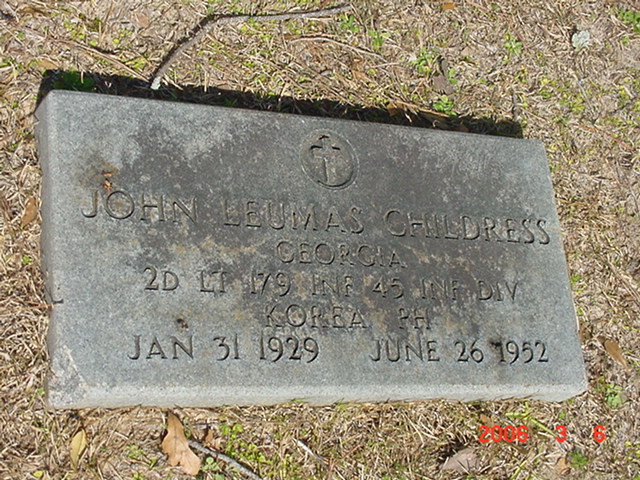 Vignette in The Echo by Kelly Durham – All Around Leader