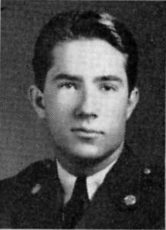 The following is a translation of a statement from the German flak division identifying which flak section should receive credit for shooting down the plane:

Because of the time at which the fire hit, the unit was subordinate to no regiment, but rather directly to the 13th Flak Division, the Division, instead of a regiment, is commenting on the shooting.

The shooting down of a Liberator near Barenbach (in the area of Schirmeck) in C P 2/2 without the participation of other flak units or German fighters is proven in the documents.

The 13th Flak Division requests, therefore, that the 5./gem.  Flak Section 686 be given credit for the kill.Signature:  Thaun?

This morning, sometime between 10.05 and 11 o’clock, many enemy bombers flew over the city of Schirmek and were shot at by a flak battery in position near Schirmek-Barenbach.  About 10.30, one of the four-engine machines, the first of a formation of some 15 machines, was hit and immediately spun, burning, straight downward and crashed in the southern part of the locale of Barenbach.  No other fighter and no other flak fire from another battery were seen, as the battery noted above was the sole one in the local area. 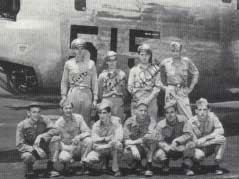