Included in the list of 22 fallen heroes who were brought to Columbia from France yesterday was Lieut. John McKenzie McIntosh of 1631 Richland Street, who was killed in action during th St. Mihiel drive, September 12,1918.

McKenzie McIntosh, as he was know to his friends, was born in Columbia May 1, 1895.  He attended Clemson College from which institution he received the bachelor of science degree in 1914.  He then received his master’s degree at the University of South Carolina in 1916 and took a position as chemist with the Fidelity Oil company at Houston, Texas.

At the age of 22 he entered the second officers’ training camp at Leon Sprigs, Texas, August 27, 1917, receiving his commission as first lieutenant of infantry November 27.  He was assigned to Camp Travels, Texas and embarked for France June 20, 1918, arriving at Liverpool, July 4.  After two weeks of intensive training in France his regiment, the Three hundred and fifty-seventh infantry entered the front line trenches for the first all American drive.

It was while bravely leading the first platoon of Company A, First battalion, of his regiment that he met his death instantly from machine gun fire. 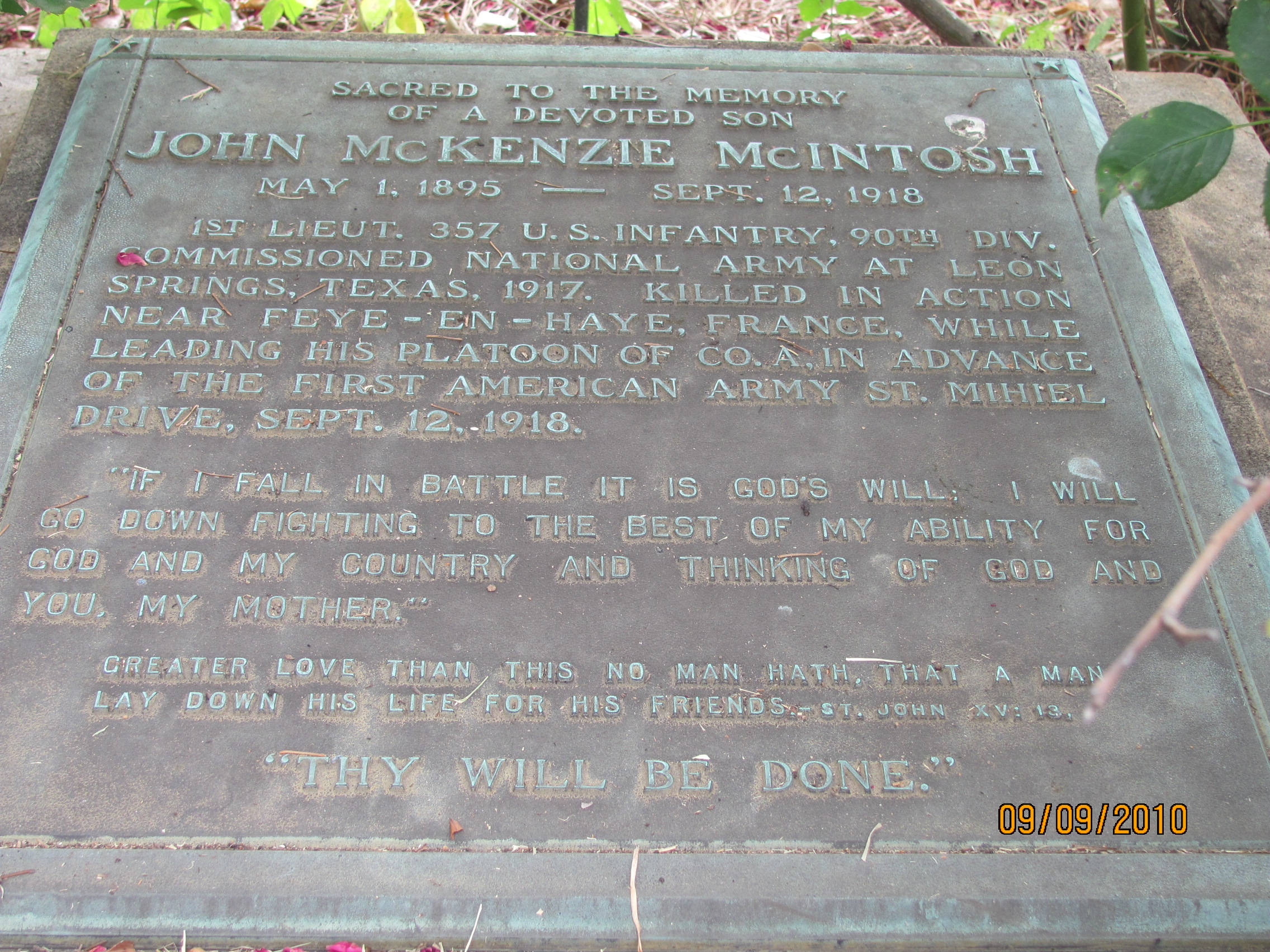