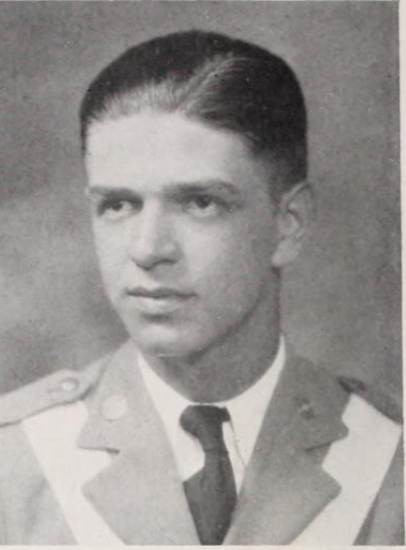 First Lieutenant John P. Hetrick '32, of Easley and Camp Davis, N. C, died of an acute heart attack at a hospital at Camp Davis Saturday afternoon at 3:15 o'clock.  He had been confined to the hospital for a short time because of a cold when the attack occurred. 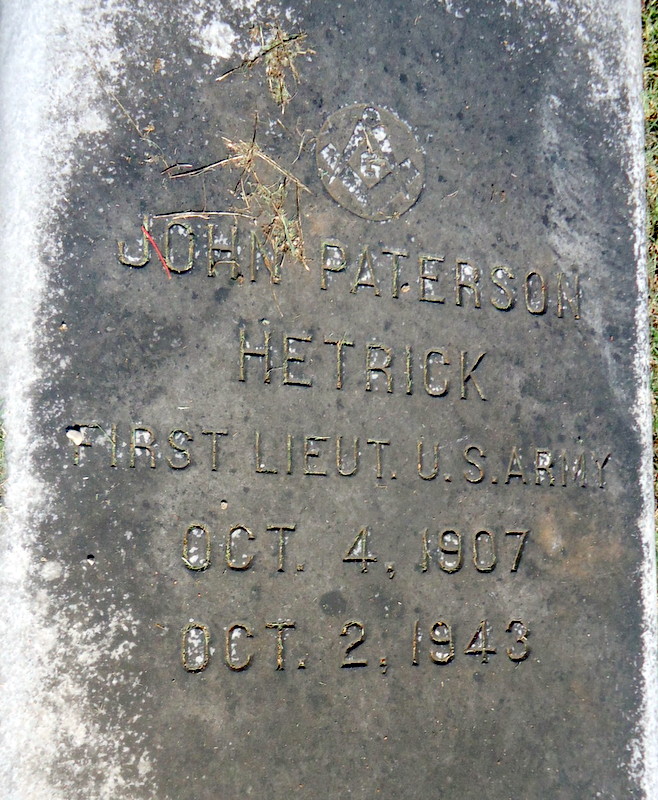 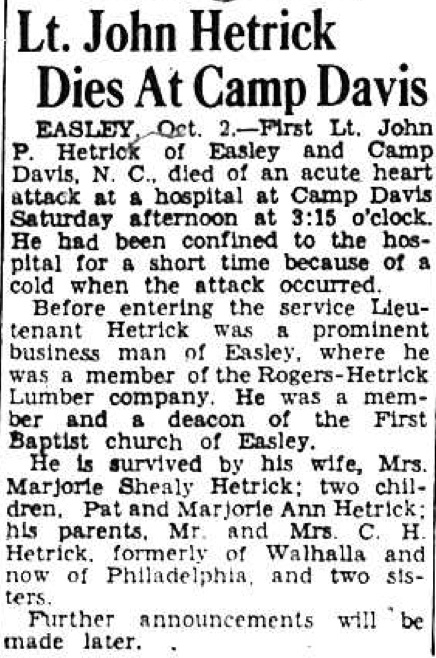 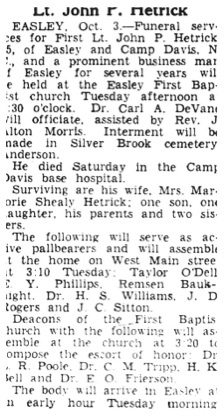