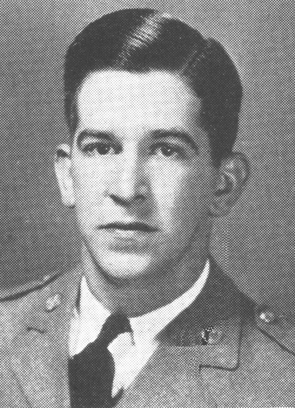 Joe Bean Palmer was born in Timmonsville in March, 1915, a son of George G. and Mary K. Palmer.  His father died when Joe was 5, so he and his brothers were raised by their mother.  He attended the public schools in Timmonsville and Florence, and entered Clemson in 1934.  He graduated in 1939 with a BS degree in Animal Husbandry.

Joe was non-ROTC in college, so when the war came, he entered into military service as a private in the Marine Corps.  He was assigned to the 4th Marine Division when it was activated on August 14, 1943.  The division shipped out from the states on January 13, 1944, and their ﬁrst contact with the enemy was in the battle of Kwajalein in the Marshall Islands where they captured several islets on January 31, 1944, and the next day landed on Roi-Namur.  There they encountered relatively heavy resistance but within two days were able to wrest the island from the Japanese.  The next step for the 4th Division in the island hopping campaign was the Battle of Saipan in the Mariana Islands.  The Division made an amphibious landing at 9 a.m. on June 15th, 1944 and by nightfall had established a beachhead six miles wide on the west coast of Saipan.  By July 9th, the island was secure, but in this most costly battle yet, almost 3000 Americans were killed, including 1st Lieutenant Joseph Bean Palmer.  Joe was interred in the 4th Marine Division Cemetery on Saipan, but was eventually brought back and buried in Arlington National Cemetery in Ft. Myer, VA.

Awarded for actions during the World War II
The President of the United States of America takes pride in presenting the Silver Star (Posthumously) to First Lieutenant Joseph B. Palmer (MCSN: 0-15567), United States Marine Corps, for conspicuous gallantry and intrepidity while serving as platoon leader attached to the First Battalion, Sixth Marines, SECOND Marine Division during action against enemy Japanese forces on Saipan, Marianas Islands on 17 June 1944.  Bold and courageous under hazardous combat conditions, First Lieutenant Palmer personally led his platoon in a vigorous assault upon a strategic enemy hill and when his company commander was killed and the second in command seriously wounded while directing the fire of supporting tanks against well concealed hostile positions, unhesitatingly advanced under an intense barrage from enemy weapons and continued to control the fire until he himself was fatally wounded.  First Lieutenant Palmer’s daring initiative and great personal valor in the face of grave peril were in keeping with the highest traditions of the United States Naval Service.  He gallantly gave his life for his country.
Commander in Chief, Pacific: Serial 12676 (January 18, 1945) 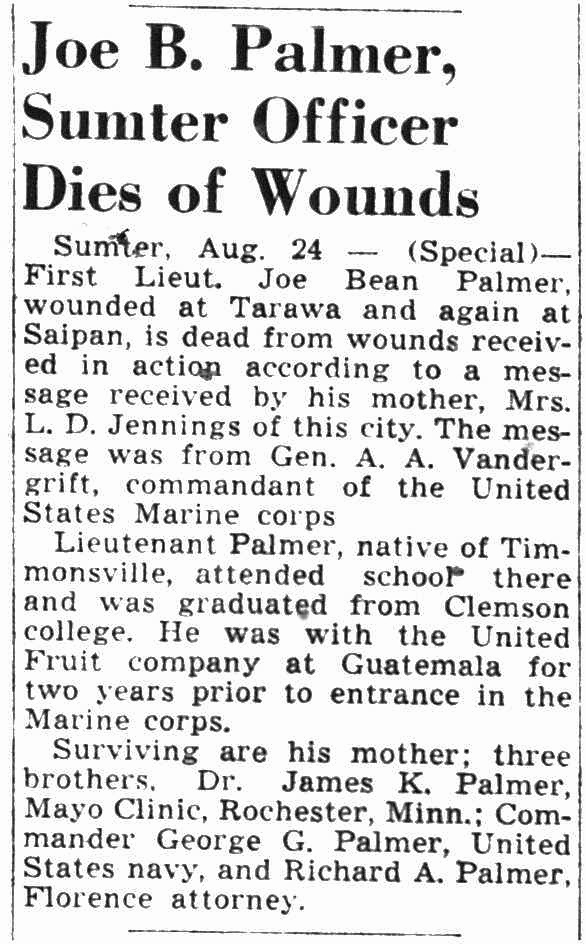 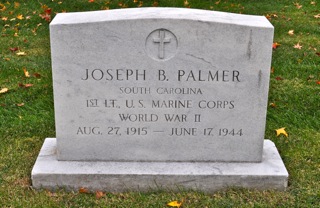