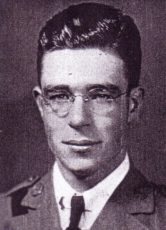 35th Infantry Division action around the time of Lt Brook’s death – The Vire River Campaign: – It was time for a breakout.  Gen. Bradley’s plan, named “Cobra” called for a saturation aerial bombing of a small strip of the front line and an immediate offensive by massed infantry and armor.  Once again bad weather delayed Cobra, causing one false start, and a thousand casualties on the attacking divisions when bombs fell short on American infantry who had withdrawn over 1,200 yards from the front lines to allow for just such a happening.

On July 25th, 2,430 planes flying twelve to a formation – B-17s, B-24s, and medium and fighter bombers dropped 4,150 tons of bombs, 110 lb., 260 lb., fragmentation, and 500 pound – wiping out whole units in a two mile corridor between St. Giles and Marigny.  30th Division units shattered by the bombs which had fallen on them, moved out on time with the exception of one battalion which was only a few minutes late.  Over one thousand Germans had perished, but the survivors, dazed and disoriented, recovered and engaged and slowed the American infantry.  The next day the American armor was released and against heavy resistance finally penetrated the German lines on July 27th, followed by the infantry on the 28th, slanting toward the southwest. https://www.35thinfdivassoc.com/NorthernFrance/NF_story_2.shtml 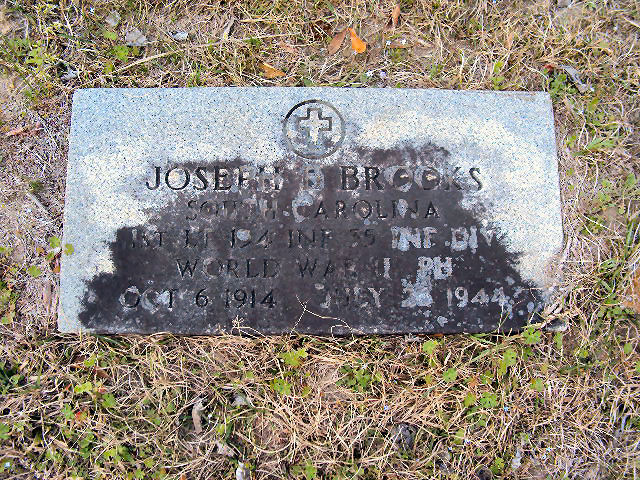 A Bittersweet Homecoming – Vignette in The Echo by Kelly Durham