MAJOR DREISBACH KILLED IN CRASH
Dothan relatives of Major Lauren D. Dreisbach, Jr., Army Air Forces, have been advised of the young flier's death yesterday in a crash near Delbert, Texas.  Details are lacking but it is believed the accident occurred during the course of routine training operations.

Major Dreisbach was born in Dothan, where he has visited many times, but moved to Columbia, SC, where he made his home until entering the Army Air Forces as an aviation cadet in 1940.  Receiving his wings and commission at Kelly Field in 1941, Major Dreisbach's advancement was rapid.  Before applying for overseas duty and training in P-33 Lightnings, he had served as commanding officer of primary and basic training schools at Twenty Nine Palms and Sequoia, both of California.

Burial will be in Phoenix, Arizona, home of his wife and young son.  Other survivors are his parents, Mr. and Mrs. L. D. Dreisbach, Sr., and his grandmother, Mrs. E. A. Coe, all of Columbia.  He is the nephew of Mrs. Horace Hall, of Dothan.

Aircraft Accident Report -Dreisbach was killed ironically on D-Day, but not in France.  Dreisbach was assigned to the 72nd Fighter Wing of the 2nd Air Force at Dalhart, TX in the north Texas panhandle.  Dreisbach was flying a P-40N fighter engaged in daytime air-to-ground gunnery training.  At approximately 1130 hours, while making his eighth pass at the target, Dreisbach continued his dive beyond the foul line and did not begin to pull out of his dive until just over the target.  The belly of his aircraft struck the ground.  The aircraft slid about 200 feet and then bounced into the air, catching fire as it did so.  It crashed about 1000 feet beyond the initial point of impact.  Dreisbach was thrown from the wreckage which caught fire and was totally destroyed. 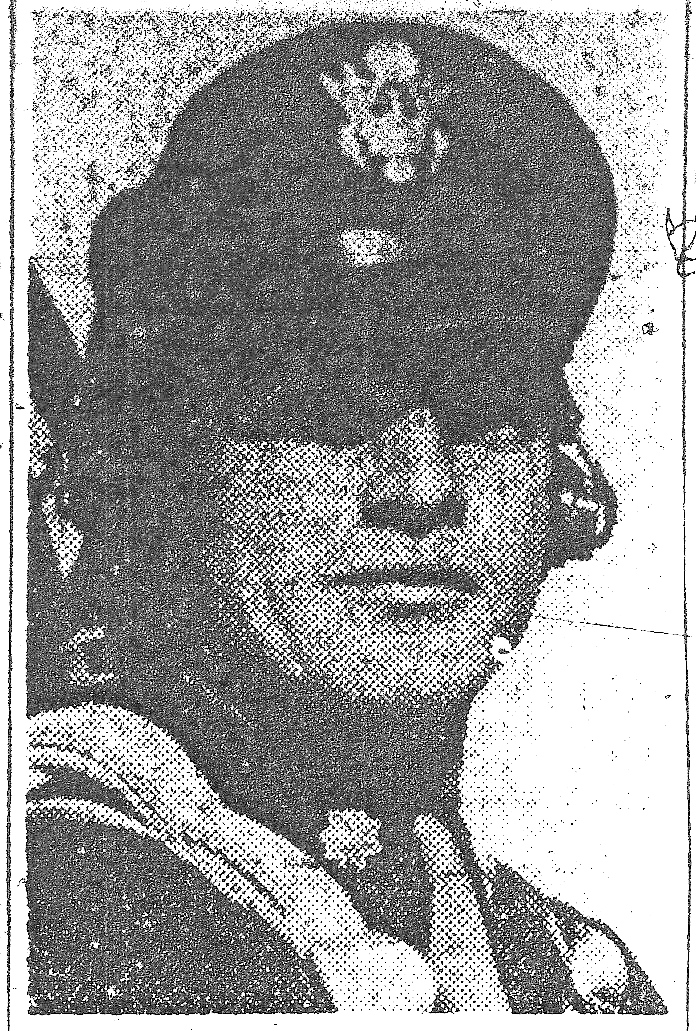 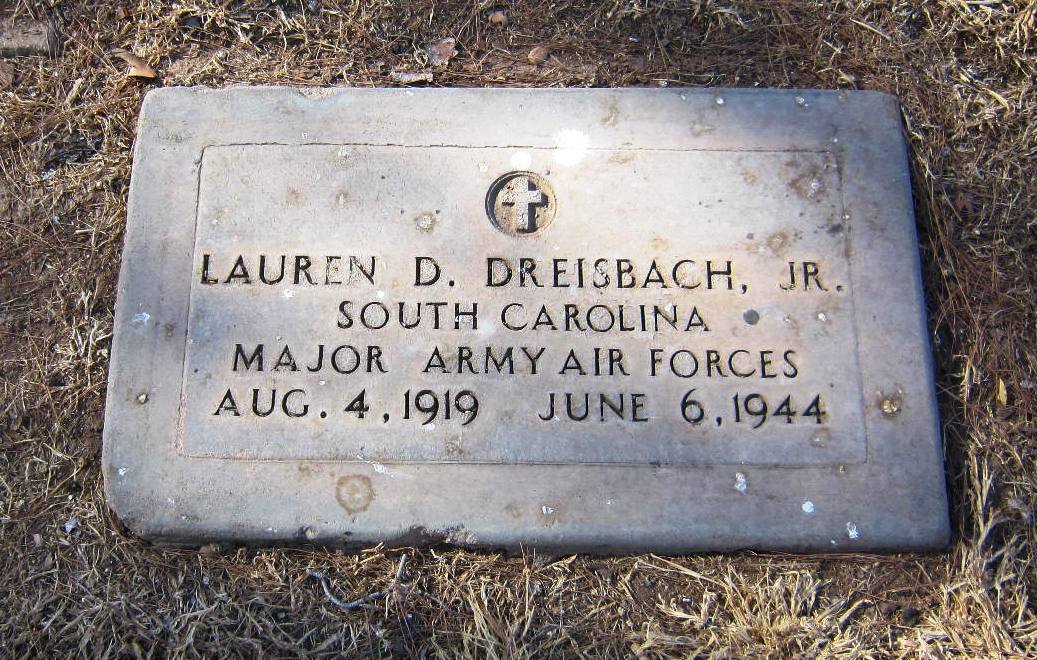