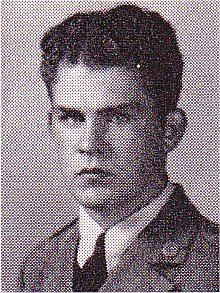 Lewis Bryson Lawter was born in Spartanburg, South Carolina in 1919.  His parents were L.B. and Minnie Inez West Lawter.  He had one sister.  He graduated from Spartanburg High School, and enrolled in Clemson University and attended during the 1938-1939 academic year.According to his NARA enlistment record, he enlisted in the Army Air Corps as a private on January 8, 1942.  This record stated he had completed 1 year of college, was single, and had worked in the sheet metal occupation.He was accepted as a navigator-trainee, and went on to graduate from this course in 1942.  He was then commissioned, awarded wings, and sent to an operational unit for further training and crew assignment.  Sometime during this period, he married Francis Kinsland.

The crew deployed overseas, and was assigned to the 489th Bomb Squadron of the 340th Bomb Group, at the time operating from an airfield at Sfax, Tunisia. The crew flew three combat missions, and drew their fourth one on April 25, 1943. Shortly after take-off, the aircraft were assembling and a collision occurred between Lawter’s B-25 and another one in the formation.

Both aircraft crashed, killing all personnel on board. The remains were recovered and buried in a British cemetery in the desert.  After the war, Lawter was returned to South Carolina and buried in Greenlawn Memorial Gardens in Spartanburg, South Carolina. 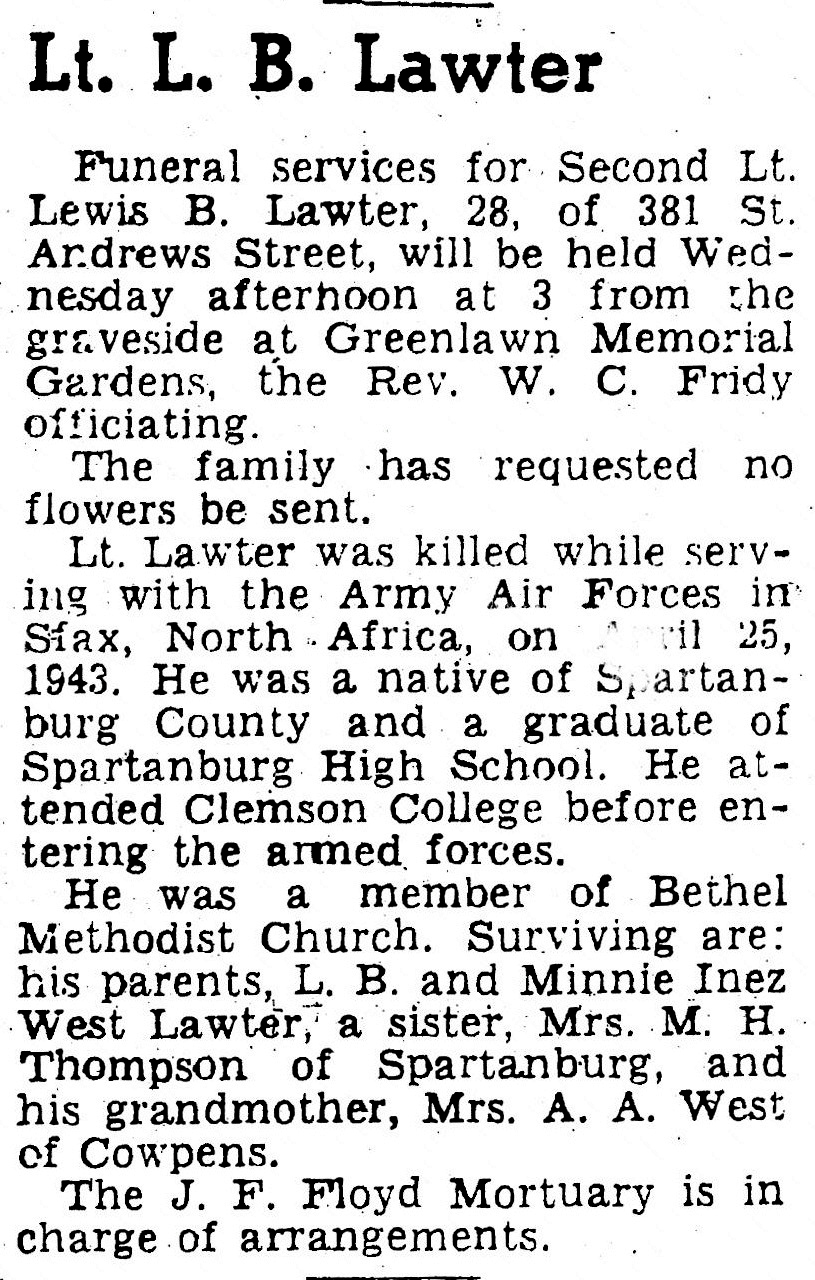 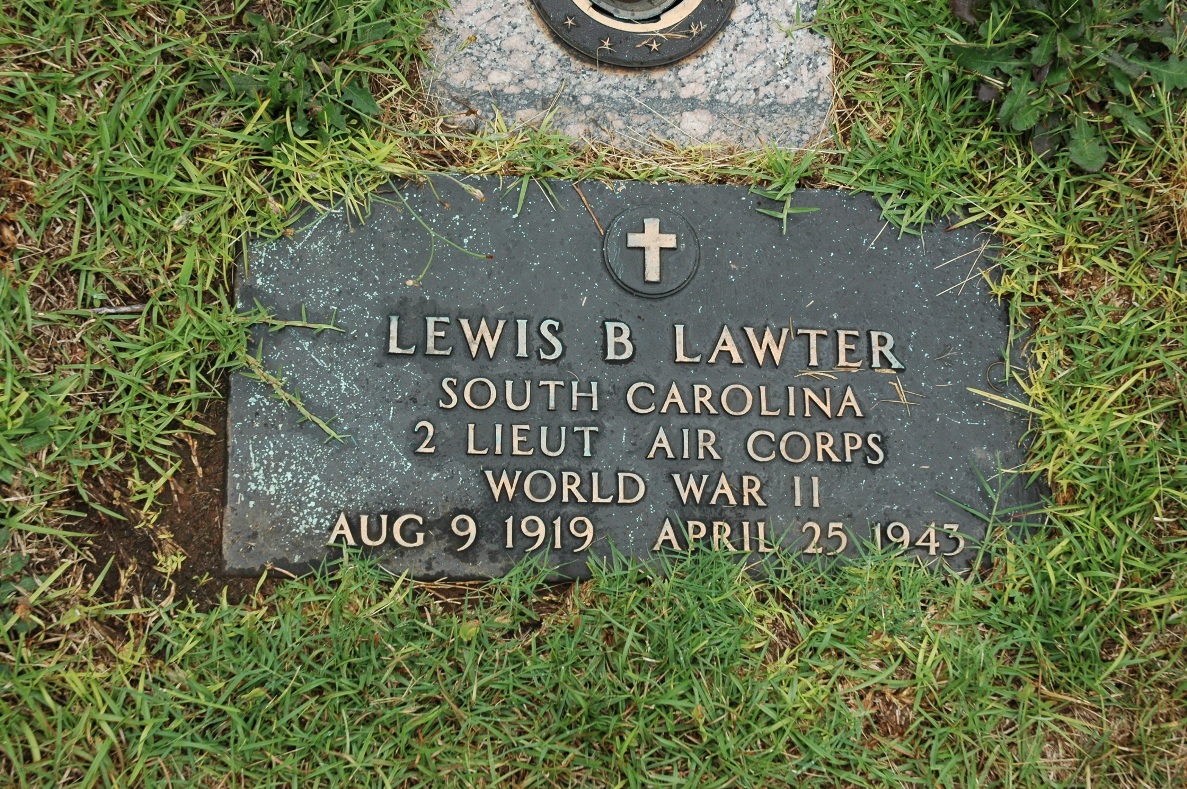