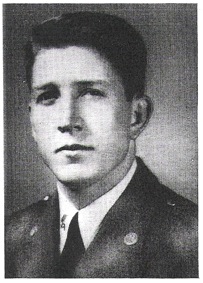 WWII Army Enlistment Record on Lewis E. Lanford indicates he enlisted in the Air Corps at Fort Jackson on June 2, 1941, had 4 years of college and his occupation was secondary teacher and principal.  Extracted from The National Archives website:

March 9, 1945 344th Bomb Group, 496th Bomb Squadron Mission
The 344th BG history tells that it was believed that all of the personnel lost their lives in the crash.  The book contains a reprint of the 344th BG official history so it seems to me that the text is in accord with the time it was written (WWII).  I have searched for more info, and cannot find any names listed at American Battle Monuments Commission.  Further search for the possible surnames of the crew resulted in these hypotheses:

Name: Charles F. Athy, Jr.
Rank : 1st Lt.
S/N: 02061211
Date of Crash: 9 March 1945
What was the mission?  PFF, Target- Biebrick, Germany
Where were you when you bailed out?  Between Weisbaden and Biebrick, Germany
Did you bail out?  Yes
Did other members of the crew bail out?  Yes, S/Sgt. George Glick
Where did your aircraft strike the ground?  No Knowledge
What was the cause of the crash?  Enemy anti-aircraft
Type of Aircraft: B-26B55

In the vicinity of the target area, I saw aircraft number 42-96094, piloted by Lt. Lanford, just after it pulled out of formation.  The aircraft appeared to be sliding off and then lost control went into a spin, then aircraft burst into flame.  I did not see the aircraft crash.  Members of my crew stated that they saw two men leave the aircraft. One (1) chute opened.  One man made a delayed jump, and chute was not seen open.

Just before the target I noticed the aircraft piloted by Lt. Lanford.  The left engine appeared to be smoking.  Aircraft pulled left out of formation and pulled up on a wing, the aircraft was burning and went down in a dive.  Aircraft appeared to explode just above the overcast.  I saw two men leave the aircraft.  I did not see any chutes open, as I followed the descent of the aircraft instead of the men.

I saw the aircraft piloted by Lt. Lanford, just after it was hit by flak.  Aircraft appeared to be hit in the left engine and was smoking badly.  Aircraft pulled out of the formation.  Left engine burst into flame, aircraft was falling off on left wing.  I saw two objects which appeared to be men leave the aircraft.  I did not see any chutes open.  I did not see the plane crash. 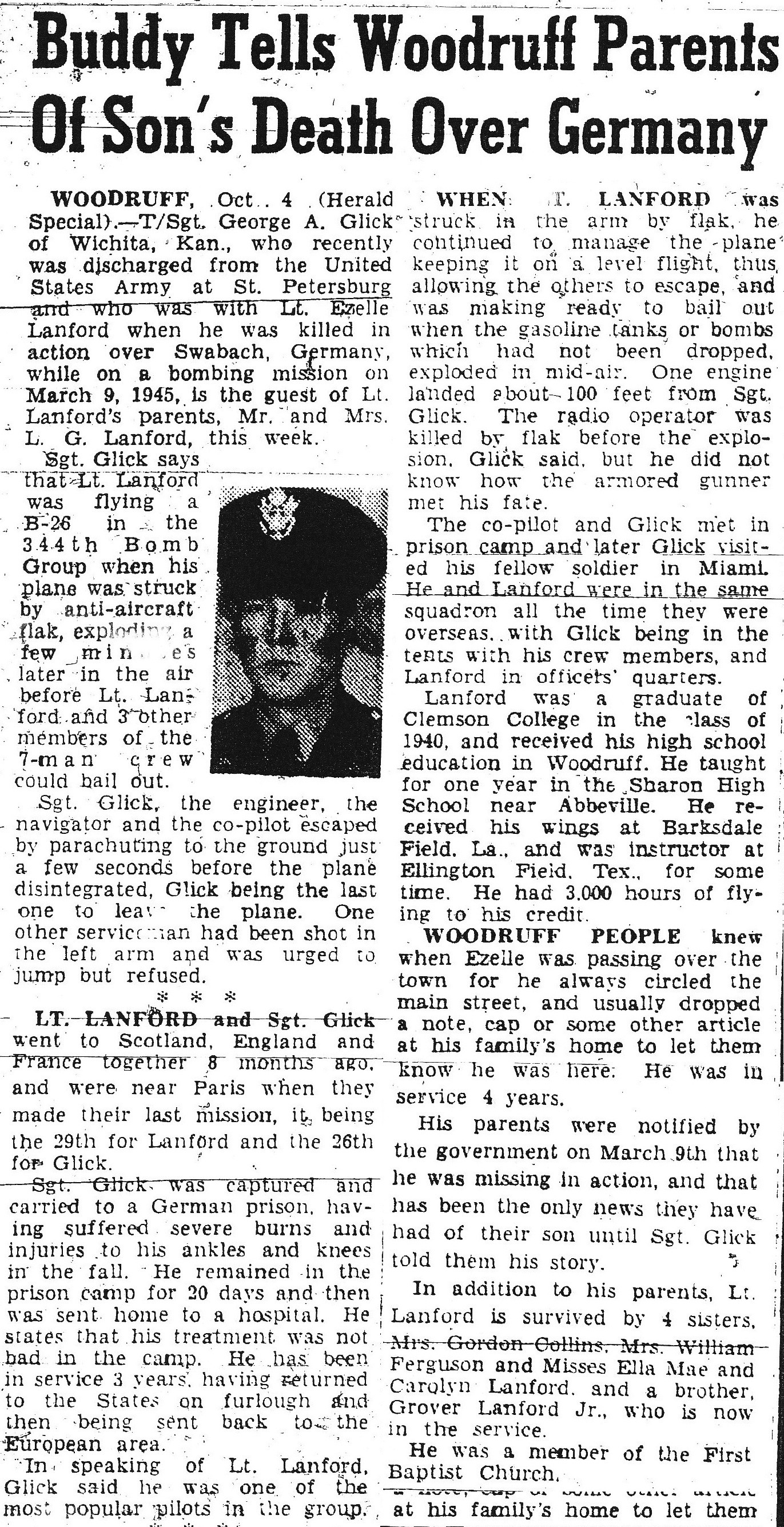