The following was submitted by Stan Polny, the historian of the 78th ID Association.
Staff Sergeant Lionel R. Cox, ASN 14116374, was a member of C Company, 311th Infantry Regiment and was killed on February 3, 1945.  He enlisted in the army on October 14, 1942 at Andrews, SC.  In addition to the Purple Heart he was also awarded two Bronze Star Medals.  He no doubt was awarded a Combat Infantryman Badge and thus is eligible for another award of the Bronze Star Medal.  On the date of his death, C Company was involved in an operation that resulted in approximately 12 men being awarded the Silver Star Medal. 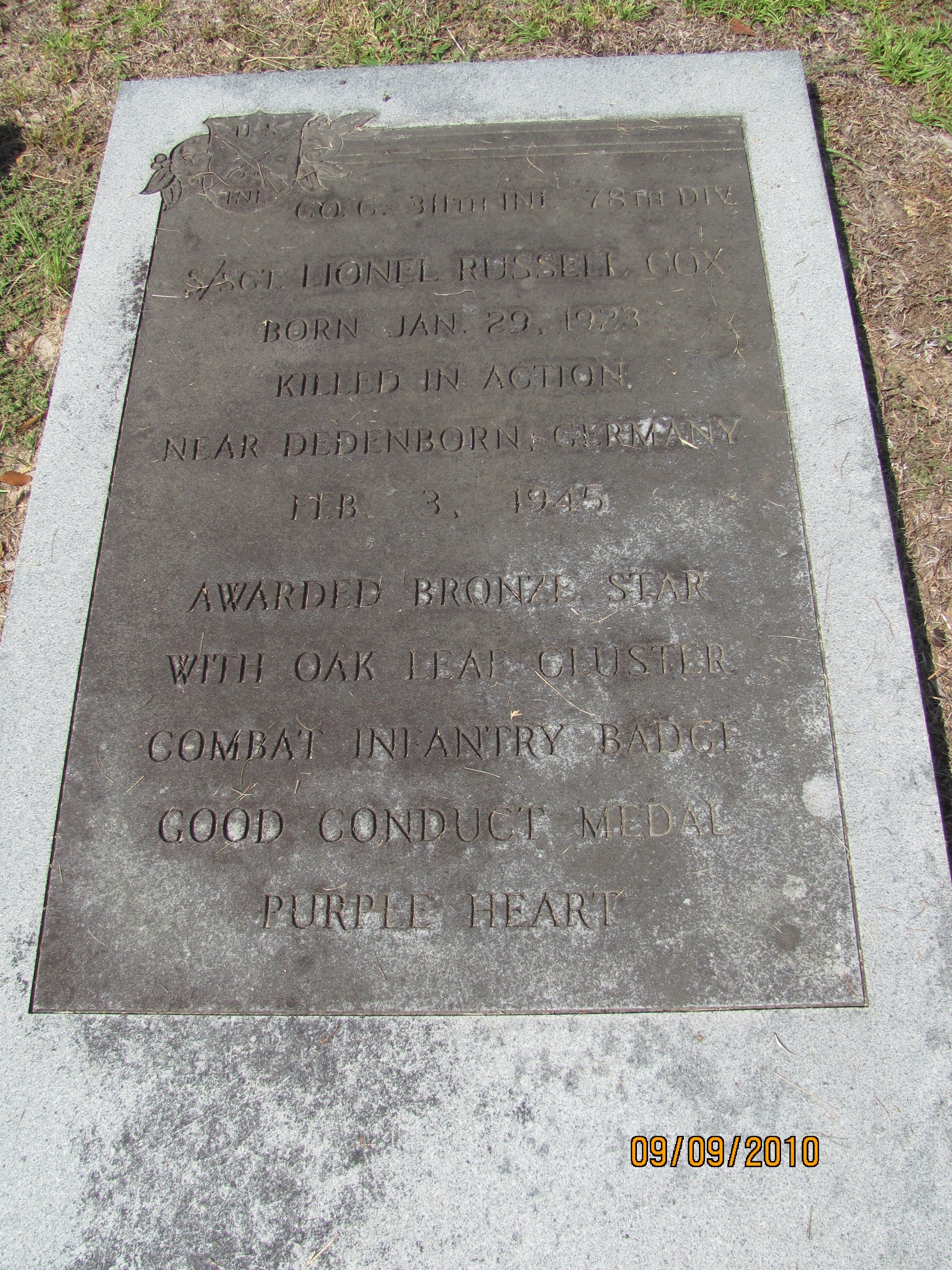