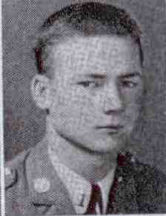 1941
Textile Engineering
Walhalla, South Carolina
Army Air Force, Second Lieutenant
73rd Fighter Squadron, 318th Fighter Group
Purple Heart
Oct 9, 1919
Aug 22, 1944
FOD - Marshall Islands, Pacific
Memorialized at Honolulu Memorial and Silverbrook Cemetery in Anderson, SC. He is also memorialized on the Oconee County (SC) Veteran's Memorial in Walhalla. His name was also on a plaque in the Memorial Stadium in Walhalla with other WHS men who died in WWII, but it has been removed to the History Department in Walhalla High School.
NW

Missing Air Crew Report for A/C #42-23029 – 2LT Clark was a P-47 pilot assigned to the 73rd Fighter Squadron of the 318th Fighter Group.  The squadron was operating from East Field on Saipan in the Marshall Islands.  On 22 August 1944, Clark participated in a mission to bomb Japanese held Pagan Airfield, also in the Marshall Islands.  After a strafing pass from east-to-west over Pagan Airfield at about 1030 hours, element leader 1LT Earl Harbour looked back to check on his wingman, 2LT Clark.  Harbour saw both Clark’s plane and Clark, under a parachute, go into the water about ¼ mile west-southwest of Pagan Airfield.  Harbour orbited the position and observed Clark floating in the water with his life vest inflated.  Shortly thereafter, Harbour lost sight of Clark.  An additional flight of four P-47s joined the search and were later augmented by a Navy PBM rescue plane.  During the afternoon, the area was carefully and thoroughly searched, but at nightfall the search was abandoned.  Because the search planes were fired upon several times by shore-based automatic weapons, it was believed by Harbour that Clark was either captured by the Japanese or killed in the water by enemy fire. 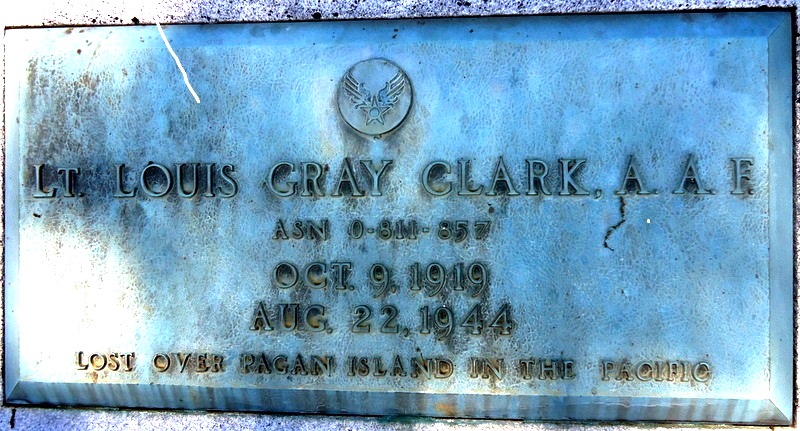 Attack on Pagan – Vignette in The Echo written by Kelly Durham