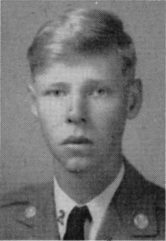 As the final preparations for Operation Overlord were made, the 116th was given their objective.  They were to spearhead the assault against Omaha Beach for the rest of the 29th Infantry Division.  On the early morning of June 6, 1944, they were given the order to attack.  When the transports had successfully crossed the Channel and had come within ten miles from the Normandy coast, the men of the 116th climbed into their British built LCAs and at 0430 started the two hour trip to the beach.  Four companies from the 116th comprised the first wave: Companies A, E, F, and G, with Company A actually being the first American unit to land in occupied France.

As the LCAs drew closer to the beach, German artillery and mortar fire grew increasingly heavier, and several boats were hit and sunk before making it to the beach.  As the boats ground to a halt and dropped their ramps, the men of the 116th were exposed to withering machine gun fire, and they were helpless as they waded ashore.  Within fifteen minutes all of the officers and most of the NCOs of Company A were killed or wounded with one exception, and the rest of the company suffered over 60% casualties.  The rest of the regiment faired little better as the Germans swept Omaha Beach with artillery and small arms fire.  As reinforcements from the 29th Infantry Division were landed, the Germans could no longer hold back the tide of GIs, and the 116th with its sister 115th Infantry Regiment, and the 2nd and 5th Ranger Battalions, was able to fight its way to the bluffs above the beach.  The victory was at a high cost, for the regiment suffered 341 casualties (most of them from Co. A).  But there was no rest for the weary, for the 116th continued to fight its way through the Normandy countryside, and after five weeks of bloody combat in the bocage, they finally liberated the strategic city of St. Lo on July 18, 1944.    Extract from – https://116thinfantry.org/2.html 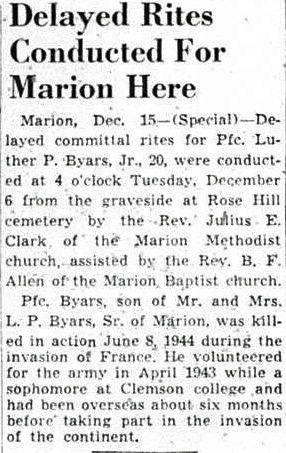