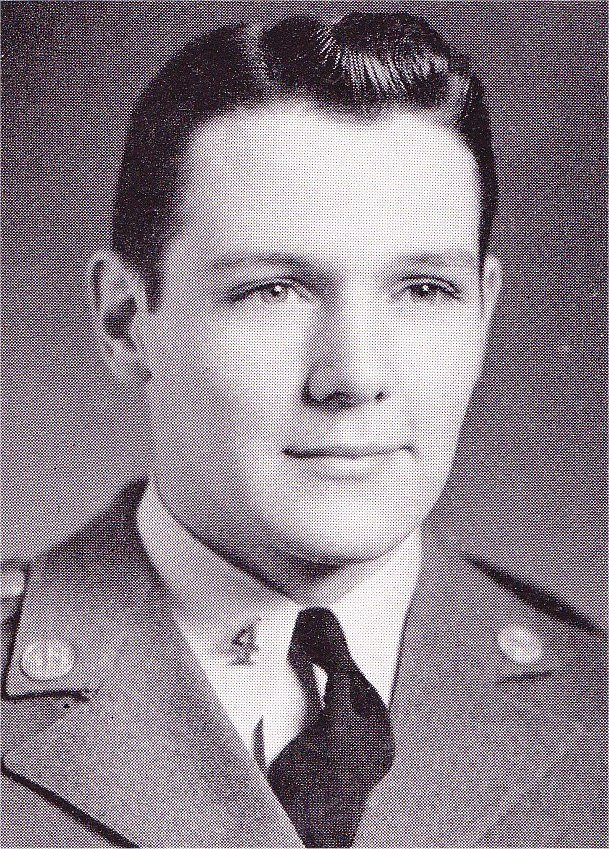 Last seen to crash into dock warehouse after making a skip bombing run on a dock area.

The heritage of the 74th Fighter Squadron “Flying Tigers” traces back to the famed American Volunteer Group.  The AVG, started by Brig Gen Claire Chennault, provided air defense for China in the early days of World War II. Using P-40 Warhawks, the AVG “Flying Tigers” maintained an amazing kill ratio of 8:1 over the enemy during seven months of combat operations.

When the United States entered the war in 1941, the AVG was disbanded, reconstituted, and then activated as the 23d Fighter Group on July 4th, 1942.  The 74th was one of the original four squadrons in the 23d to see combat action in the Far East. The Fighter Group used P40 Warhawks, and later P-51 Mustangs, to cover a large operational area and diverse combat roles.  The area of operation extended beyond China into Burma, French Indochina (Vietnam), and Formosa.

Immediately after graduation from Clemson he entered the Army and transferred to the Air Corps.  He received his wings at Moore Field, TX in August 1943.  He went overseas April 15, 1944 and served in India and China. 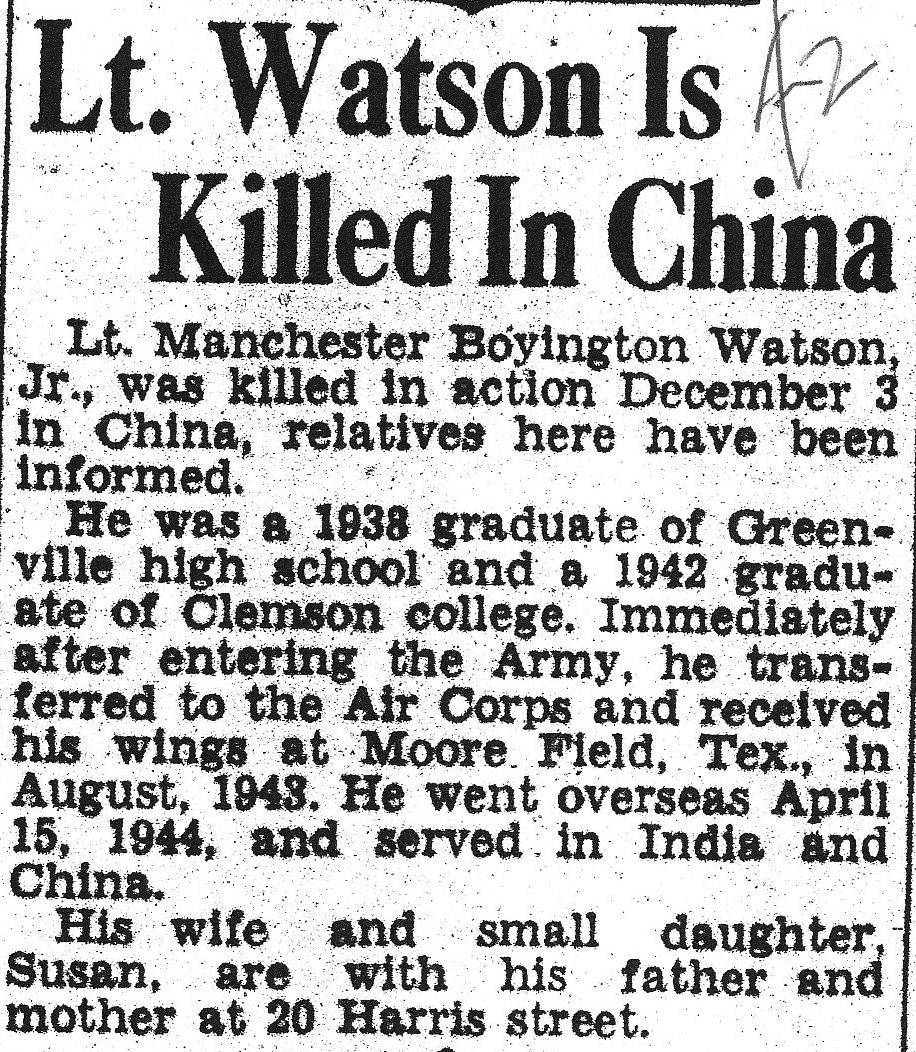