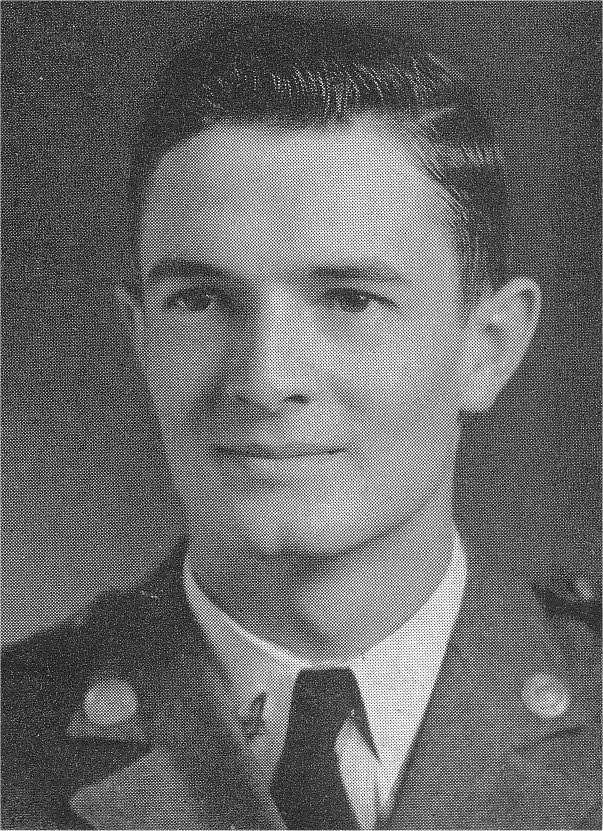 Other: After graduation from Clemson, Lieutenant Hunter was commissioned in the infantry in May, 1942.  He received his pilot wings at Spence Field flying school in Moultrie, GA.  While he was there he took second place in aerial gunnery.  He was an expert in both aerial and ground gunnery.  He had just returned from Randolph Field, TX where he attended the Central instructor’s school in preparation for a flight instructor at Spence Field.  He received his pre-flight training at Maxwell Field in Montgomery, AL; his primary training at Lakeland, FL; and his basic training at Shaw Field.  The Lieutenant Miles Rapley Hunter Scholarship Award at Clemson is given in his memory. 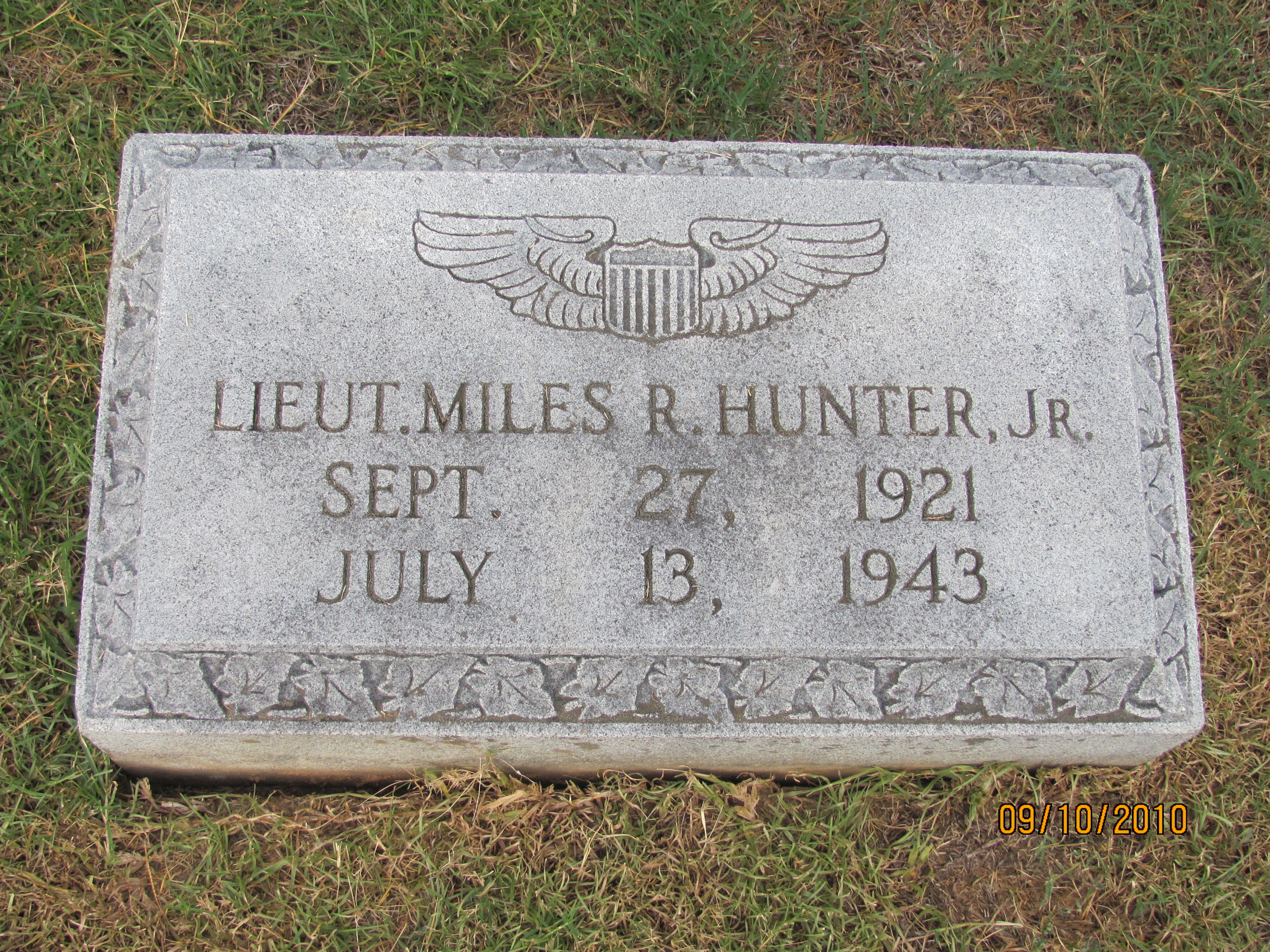 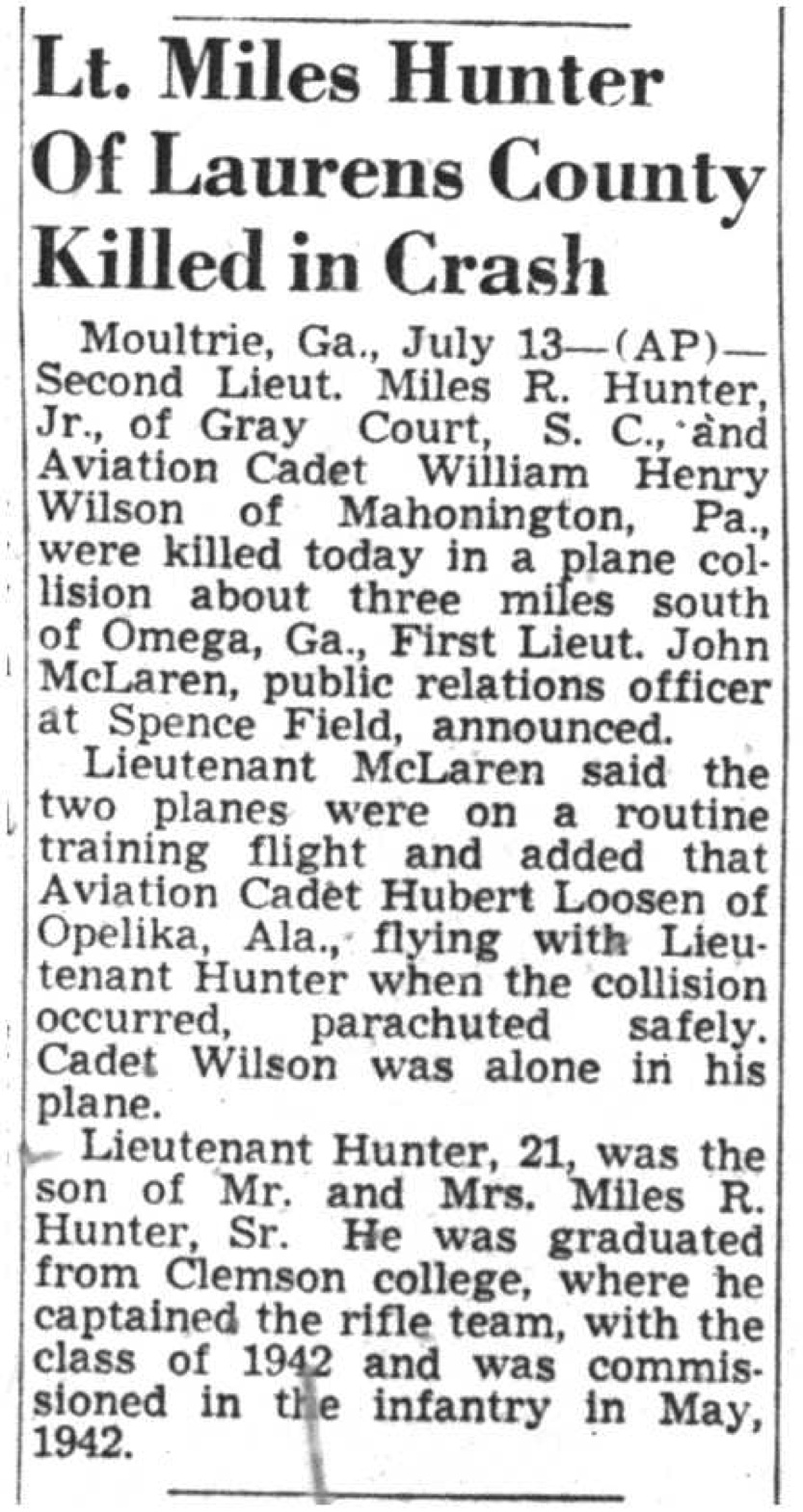